What to Know about Ectopic Pregnancy 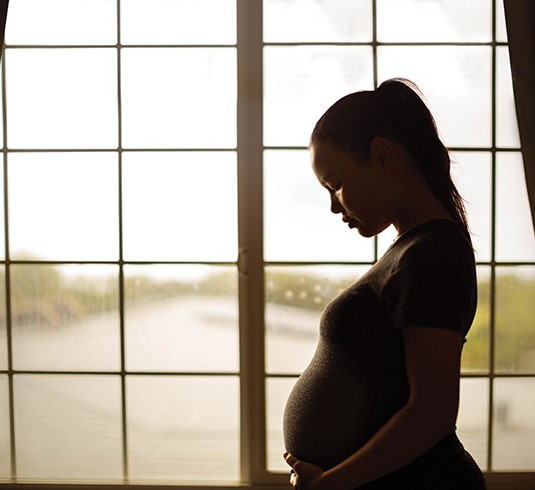 One of the most blissful, anticipatory times in a woman’s life can be when trying to get pregnant or having confirmed a positive pregnancy test.

But for some women, the initial high can quickly become a shocking low if the positive test is followed by unusual pain or unexpected bleeding—both of which can signal the possibility of an ectopic pregnancy.

What is an ectopic pregnancy?

Ignorance is definitely not bliss when it comes to knowing and understanding the risks and warning signs of ectopic pregnancy—a pregnancy that occurs outside the uterus.

About 2% of pregnancies in the United States, or about one in 50, are ectopic pregnancies. They are “a leading cause of maternal mortality in the first trimester,” according to the American Academy of Family Physicians.

About 95% occur in the fallopian tubes, often when scarring or other damage compromises the condition of the fallopian tubes. In rare cases, the fertilized egg implants in the uterine cornua, the top or “horn” of the uterus, or in the cervix, ovary, abdomen or, in extremely rare instances, in a cesarean scar.

Since the pregnancy cannot develop normally outside the uterus, an ectopic pregnancy is not viable and is dangerous for the mother.

If untreated or undetected, an ectopic pregnancy usually will rupture between six to 16 weeks, possibly causing life-threatening blood loss.

The majority of ectopic pregnancies present in the emergency department. Because they become critical very early, the woman often does not know she is pregnant.

Several risk factors can increase the chances of an ectopic pregnancy, even some considered “silent.”

“The patient may already have some tubal scarring, which might, in fact, cause the infertility,” Lawson adds. “During the IVF procedure, when they (medical professionals) are placing the embryos, sometimes (the embryos) can be displaced into the fallopian tubes.”

Chlamydia is a common sexually transmitted infection (STI) that often has no symptoms in women.

“Some refer to chlamydia as a ‘silent’ infection,” according to the Centers for Disease Control and Prevention. “This is because most people with the infection have no symptoms or abnormal physical exam findings.” Untreated, the infection can lead to PID, which can cause scarring inside the fallopian tube that can slow or stop the fertilized egg from traveling toward implantation in the uterus.

Early in an ectopic pregnancy, women may not have symptoms, but as it develops, common red flags may start at six to eight weeks.

“The most common warning sign is vaginal bleeding. This can also occur in threatened miscarriage or actual miscarriage,” says Matthew K. Hoffman, M.D., MPH, FACOG, the Marie E. Pinizzotto, M.D., Endowed Chair of Obstetrics and Gynecology at ChristianaCare in Delaware.

“If pain develops, particularly if it is pain that is not midline and crampy in nature, it can be a sign that the tube is being stretched and or bleeding into the abdomen. This should cause one to seek care immediately with either the doctor or at the nearest emergency department.”

Bleeding, pain and cramping may occur before, or after, an ectopic pregnancy ruptures. Pain in the abdomen or pelvis is severe after a rupture and may be accompanied by shoulder pain, rapid blood loss, a drop in blood pressure, weakness, dizziness, shock and unconsciousness.

“A ruptured ectopic pregnancy is a surgical emergency because it causes maternal hemorrhage and risk of death; prompt diagnosis is essential,” according to a statement about ectopic pregnancy in the Merck Manual Professional Version.

“With a normal intrauterine pregnancy, meaning a pregnancy within the uterus itself, early in the pregnancy you should see a doubling of the (hCG) hormone value within about a 48- to 72-hour window,” says Elizabeth Zadzielski, chief of the Department of Obstetrics and Gynecology at Sinai Hospital and chief of gynecology at Northwest Hospital in Baltimore, Maryland.

“If you don’t see that doubling, the physician will send you for repetitive HCG level tests to get that trend. If it’s either what we call an ‘inappropriate’ rise or even a plateau in the value, that’s one of those early warning signs of an ectopic pregnancy.”

If an ectopic pregnancy is diagnosed, and has not ruptured, the patient may have the option of treatment with methotrexate, stopping growth of the cells which are then reabsorbed in the body.

“Methotrexate can be given as an injection with extremely close follow-up with more hCG levels. For who have to have surgery, in most cases, that means removal of the tube,” Zadzielski says.

“It’s a very long discussion we’ll have with patients regarding what their options are. Obviously, if a woman comes in with pain, there are criteria where medical treatments and methotrexate would not be indicated. It also depends on whether or not the ectopic (pregnancy) has ruptured. Obviously, in those cases, the only option is surgical management for the life of the woman. But as long as they meet criteria, I’m finding that more patients are accepting of methotrexate because of their desire to preserve their tubes, and obviously, for future fertility as well.”

The future for women

After an ectopic pregnancy is resolved, attempting another pregnancy marks the beginning of a new level of vigilance.

Women who have had ectopic pregnancies can have normal, intrauterine pregnancies, but they must stay alert for those warning signs.

“I have to tell them that just because we took that tube that had the ectopic pregnancy, you’re still at risk. You have to be followed,” says Gloria J. Bowles-Johnson, director of Benign Gynecology for the Department of Obstetrics and Gynecology at MedStar Georgetown University Hospital in Washington, D.C.

“If you get a positive pregnancy test, you need to call our office. We will then get a blood-pregnancy test. And we need to follow it every 48 hours to make sure that number is rising appropriately. When it gets to that level of what we call the ‘discriminatory level,’ we’re going to be doing an ultrasound to see if we can see an intrauterine pregnancy and rule out an ectopic. In the interim, also, we’re counseling them that if you have abdominal pain or irregular bleeding, even before you get to those levels, you have to be in touch with your provider to be evaluated.”

After experiencing an ectopic pregnancy, women may feel a sense of grief and loss. Physicians counsel women by making sure they understand how to manage their risk moving forward and to seek grief counseling or a support group if needed.

Learn About Preeclampsia and How It Affected a Local Mom's Pregnancy