On Thursday, we covered the general play trends we saw take shape at the 2014 Toy Fair. Today, let's take a look at what some of the big players will have in store, literally, over the summer and come holiday season. Remember, many of these toys haven't been released to the public yet, but this roundup will help you get your mental gift list in order early. 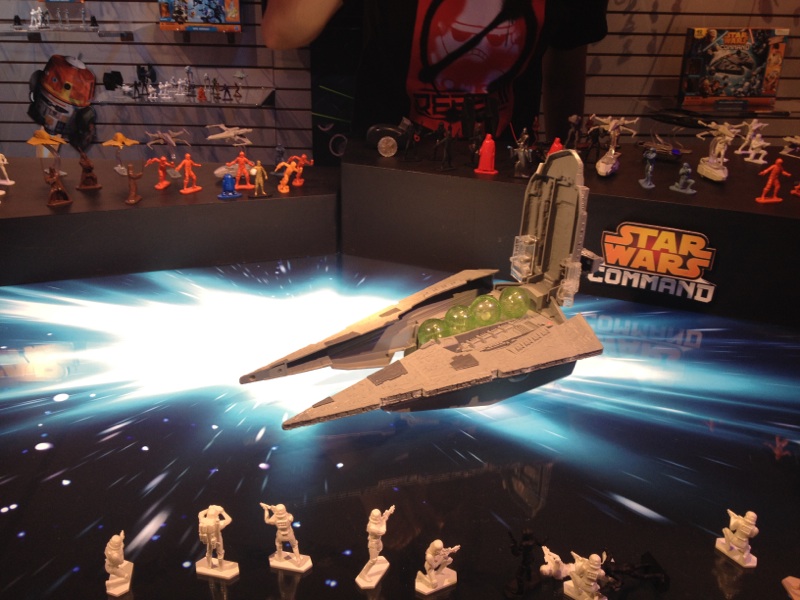 Movie tie-ins are massive. My Little Pony's Rainbow Rocks merch runs from personailzed ponies to lunch boxes and anime-style comic books. Then there are the boy toys. Mr. Potato Head now sports the capes, masks and costumes of Marvel and Transformer characters. Super Hero Mashers lets you create, say, a hybrid Hulk/Captain America. Speaking of Captain America, Allison really loved a CA shield that opened into a blaster and closed up on itself as soon as all the foam missles were launched. Guardians of the Galaxy has tons of products, including a raccoon mask with movable facial features. Spidey has a new web slinger that fits into his torso, and is one half of a cool Rock Em Sock Em-style set that lets him fight others in his world. New Star Wars stuff includes double-bladed light sabers, mini figs to go with the new Disney XD Star Wars Rebels show and a command ship that shoots balls and moves at your literal command (right).

This year's Elmo is an imaginative interactive type: Let's Imagine Elmo comes with a pirate's hat, a cowboy hat and a crown. Switch up his headgear and he'll spin stories to match the costume. Even better, his voice level is taken down several notches.

I'm a Disney princess softie, so I fell in love with the Play-Doh Disney princess castle set that lets the 'Doh decorate the princesses' mix-and-matchable skirts. Even Rapunzel's braid can be made from Play-Doh.

Nerf's got plenty of action fun for both genders. The Rebelle bow line continues to evolve (and we had some fun playing Katniss at the show), while Nerf proper's planning to christen summer with a three-stream crossbow supersoakerand has a funny octopus-like RC shooter that reminded us of one of the mutant playthings in Toy Story.

For gamers, the Hasbro Arcade collects the brand's marquis games into one free app. 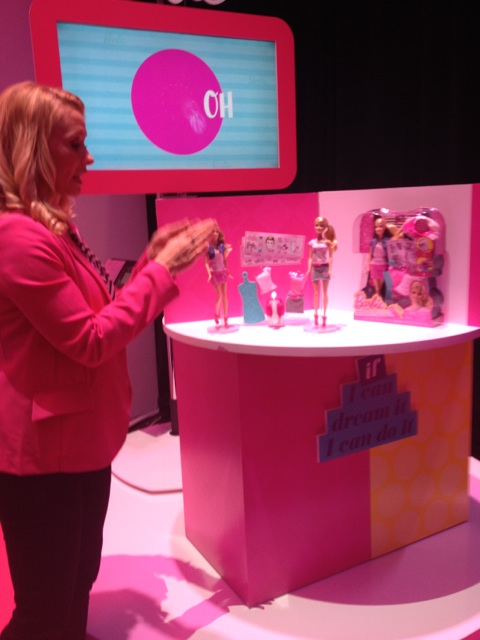 Barbie's new identities include Girl Scout Barbie and Entrepreneur Barbie, complete with cell phone and mini tablet. Girls who love to doll up the doll can customize Barbie's clothes with patterns and roll-on glitter or choose the model with special hair styled with a trio of curling irons.

Mattel's other doll lines introduce new themes. Ever After High will celebrate Thronecoming, while Monster High's latest characters have morphed with old faves, for a creepy-cool Frankendoll look.

My First Thomas is so attuned to little engineers, kids can play games with and move the cheeky blue tank engine in any direction with a wave of their hands. 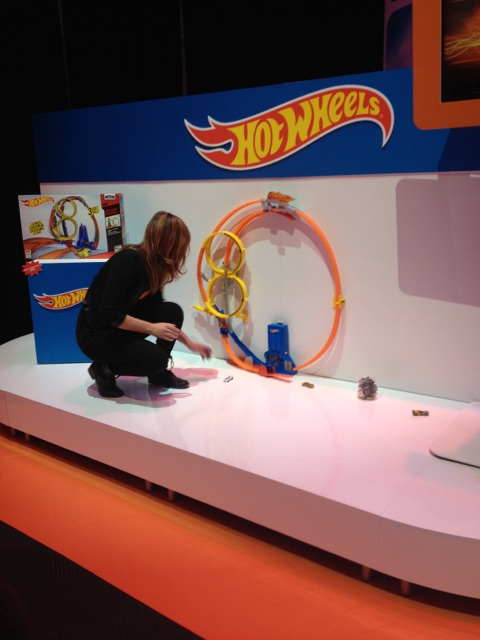 And Hot Wheels Mega Loop is the brand's biggest, baddest loop yet. It's 3 feet tall, can handle multiple cars and includes smaller loops within the large one.

Colored bubbles are just the start of Crayola's creative offerings.

Junior fashionistas have a slew of stylish options, from a Beadola bead maker and hot-stuff Shoe Studio with five designable mini shoe models to a Virtual Pro Fashion Studio. Boys have their own version with a Virtual Pro Car Design Studio. 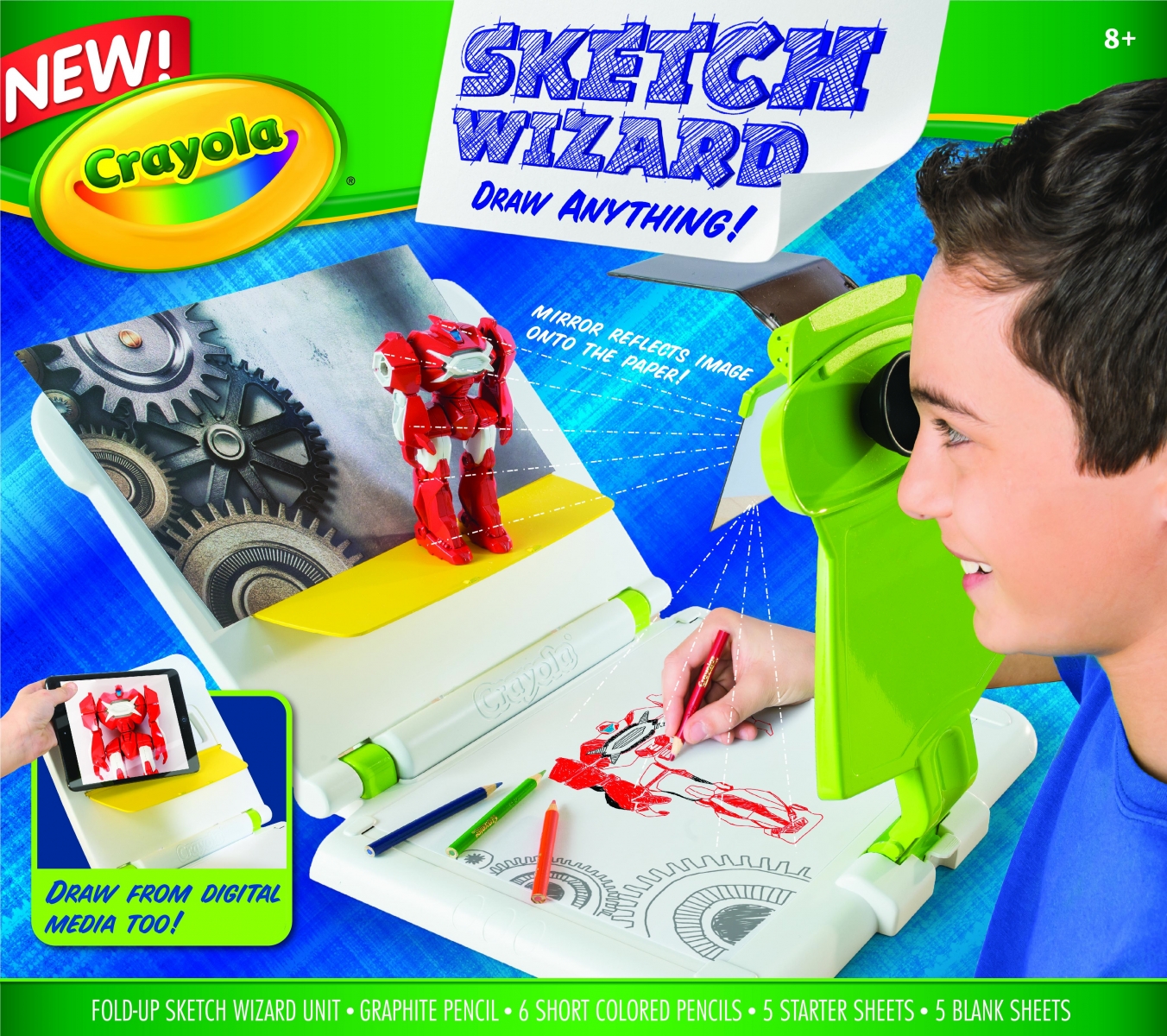 A mess-free airbrush art kit lets kids color in a new way, the Paint Maker has them shaking their own custom colors and the Sketch Wizard projects 2D and 3D images from smartphones and tablets onto a portable work station.

And we haven't even scratched the surface — there were 1,100 booths to check out, after all. Click back in a few days for some of our personal faves from Toy Fair.