Today's the last day of the 2014 Toy Fair, the massive annual trade show that introduces the movers, shakers and sellers of playthings to the latest and (assumedly) greatest stuff kids will be asking for over the summer and come holiday season. I had the pleasure of venturing to NYC for the fair this weekend, along with MK's resource editor Allison and marketing coordinator Jamie. Like kids in a toy shop, we had a blast. There was so much to see and tell you about (much of which isn't even on the market yet), we'll have to do it in a series of posts. Let's start with a few Toy Fair buzzwords: 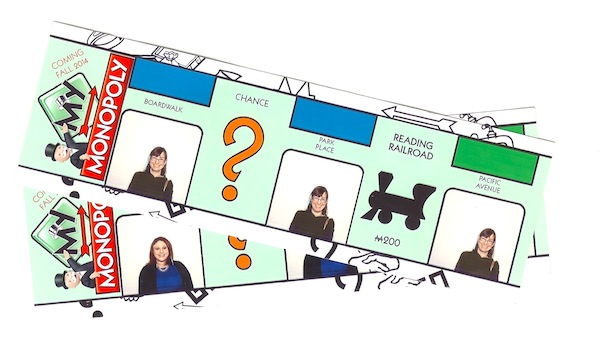 Make-it-yours is one of the big toy trends of the season. Past a wild assortment of imaginative building toys, everything from The Littlest Pet Shop to craft kits, an age-sensing Fisher Price play chair (the old Blues Clues thinking chair comes to mind) that knows how old your child is to My Monopoly (put your face on your game piece, like Jamie and I do here) will be able to bear the imprint of its owner.

S for science: Giant Microbes, huggable stuffed versions of bacteria and bugs like this Rotavirus. 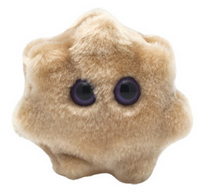 T for technology: Hello, nearly every major toy comes with its own integrated app. Plug in a code from the physical toy and open up a world of complementary digital play.

E for engineering: Exhibit A, B, C & D — Lego and Moss modular robotics, a Nerf shooter with a built-in camera that holds 2,000 pics or three hours of video, a smart-phone-propelled paper airplane and ZomeTools, 3D building pieces that form an endless array of shapes that you can dip into bubble solution.

A for art: Crafty kids will have plenty to play with this year. One of our new favorites? Doh Vinci, an almost-released Play-Doh-like modeling compound that squirts out of a not-hot glue gun-like device and safely decorates (and removes from) just about anything you've got to decorate. Here's what we made when we got to try it.

M for mustaches? Yep, the hipster accessory is going strong. We saw mustache-related temporary tattoos, iPhone cases, even board games. 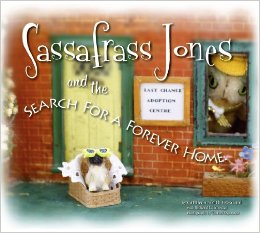 Just a few of the book/toy tie-ins: Pajama Monsters, the WhatIf Monster and The Monster Eater are stuffies with their own stories meant to keep scary stuff at bay. Plush versions of kiddy-lit heroes Little Critter and Skippyjon Jones. And Sassafrass Jones, an up-for-adoption Pekingese whose tale is told in charming dollhouse miniatures, comes with a CD narration by the can't-mistake-that-voice Fred Schneider of the B52s (you'll be able to win a copy come March 1).

Super Sprowtz fields a cheeky cadre of superhero veggies that promote wellness. Urban Canvas boasts eco-friendly cardboard-based builing toys and crafts. And The Green Kids Club is a book series (with, naturally, accompanying plushies) about a brother and sister who go on global adventures to protect the environment.

And that's just for starters. Next time, we'll look at goodies from the biggies, including Hasbro, Mattel, Lego and Crayola.