Tips for a healthy media diet

Here’s a sobering fact: Average American children now spend more time with media and technology — almost eight hours a day!—  than they do with their parents or in school.

Now that kids interact with media through personal technologies that increasingly put them in charge of selecting their own entertainment, it’s never been more important to maintain oversight.

With so many new programs and technology — many of which are aimed at kids — coming out all the time, it’s hard to tell what’s good, what’s age-appropriate, and what has the “nutritional value” to both entertain and educate your kids. 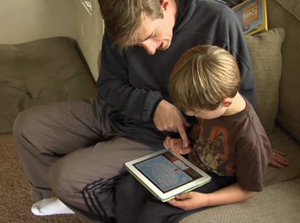 Three rules can help you serve your kids a healthy media diet.

Use media together. Whenever you can, watch, play, and listen with your kids. Talk about the content. When you can’t be there, ask them about the media they’ve used. Help kids question and analyze media messages. Share your own values. Let them know how you feel about solving problems with violence, stereotyping people, selling products using sex or cartoon characters, or advertising to kids in schools or movie theaters. Help kids connect what they learn in the media to events and other activities in which they’re involved.

► How to discuss traumatic events such as the Newtown shootings

► Side effects of media

Be a role model. When kids are around, set an example by using media the way you want your children to use them. Don’t bring your phone to the dinner table, and turn the television off when it’s not actively being watched. Record shows that may be inappropriate for your kids to watch — even the news if you have younger children — and watch them later, when the kids aren’t around.

Keep an eye on the clock. Monitor how long kids spend online, in front of the television, watching movies and playing video games. A secret to healthy media use is to establish time limits and stick to them.

Why does it matter?

Media and technology run right through the center of our kids’ lives. What kids see and do profoundly impacts their emotional, physical and social development. Media acts as a super-peer for kids, giving them a sense of what’s normal, desirable or cool. 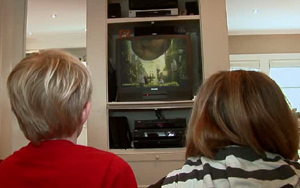 But the messages in media may not be what you and your family value, so if you don’t get involved and help your kids learn to think critically about role models, activities and media content, then they’re absorbing things unquestioningly that you might want them to question.

Because kids socialize and communicate through media and technology, we have to help them learn what is and isn’t responsible behavior. They need to be able to balance the potential in online or mobile communication with the wisdom to use these powerful tools in ways that don’t hurt others or become addictive.