Camps today are sensitive to show respect for a diverse group of campers, including campers’ sexual orientation and gender identity. About 60 percent of camps accredited by the American Camp Association (ACA) say they serve campers who identify as LGBTQ (lesbian, gay, bisexual, transgender, queer or questioning), says Tom Rosenberg, ACA CEO, although given the sensitivity of the subject and the fact that many campers are still quite young, it’s possible the number is higher.

“Camps are working hard to understand the individual needs of every one of their children and staff in terms of gender identity, respecting that it’s not a binary thing but a spectrum and very fluid,” says Rosenberg.

No matter what a camp’s primary focus is — sports, arts, science, etc. — camp gives children the opportunity to learn about themselves and engage socially with others. This is true for kids of any sexual orientation or gender identity. In a diverse world, camp offers a chance for all kinds of kids to interact.  Camp Havaya in the Poconos offers traditional camp activities, but says its focus is on the camper’s personal development. “We really want kids to grow as human beings,” says Camp Director Sheira Director-Nowack, who stresses the camp’s support of diversity and inclusion.

About 20 percent of their campers between 2nd and 11th grades identify as LGBTQ, but the focus is less about orientation and more about feeling comfortable whatever that orientation happens to be. “It’s just no big deal,” Director-Nowack says.

Some campers identify  as heterosexual, some have  two moms or two dads, but all feel really comfortable being around all types of people.

“When you first enter Camp Havaya, you are greeted not only by incredible and amazing people, but also by a huge rainbow flag,” says Mickey L., 16, from the Mt. Airy section of Philadelphia. “At Havaya, when I came out as genderqueer, it was a smooth and drama-free shift in how people referred to me.”

Mickey especially appreciates how the camp embraces diversity and holds acceptance as a core value. “Unlike the world outside of Havaya, I have never encountered anyone at camp who has directly refused to call me by my name and pronouns — they and them. Even the bathroom, where the sign reads, ‘This bathroom may be used by anyone, regardless of gender identity or expression,’ is a small thing that makes a huge difference in the safety and comfort of many campers.”

When Melinda W., 13, attended Liberty Lake, a day camp in Bordentown, NJ, she mentioned to her mom that there was a transgender child in her bunk. “She said the child felt uncomfortable being in a bunk with boys but was more comfortable being with girls,” recalled her mom, Donna C., from Burlington Township, NJ. “That made sense to me and I’m very glad she’s accepting of people who are going through their own personal challenges.”

She appreciates that her kids meet all kinds of children. “When they get out of school and camp they will be exposed to people from all different walks of life,” she says. “It’s important to learn at a young age how to negotiate people who are different than them.” 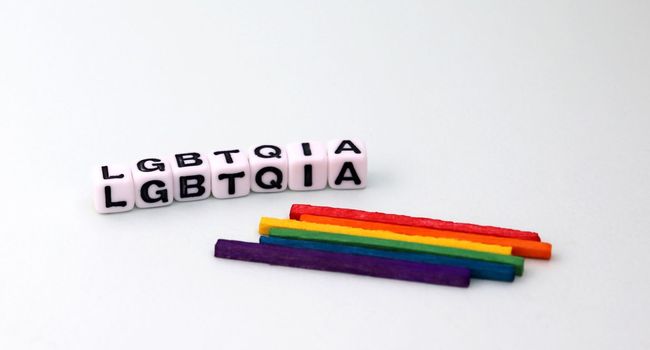 or Melinda, this bunkmate was just one of the crew. “I realized they were really, really nice, and it didn’t really matter what gender they identified as,” she recalled. “As long as they are happy and comfortable in their own skin and they have enough support, it should be fine with everybody. I learned it’s okay to be who you are.” While housing decisions can be a little tricky, Adam Simon, owner and director of Odyssey Teen Camp in Holmes, NY, where 25 percent of the campers identify as LGBTQ, says adjustments are easy to make.

“We put campers in whatever cabin they want and generally it works  out really well,” Simon says. “We  do whatever we can to make certain each camper is in the cabin they feel most comfortable and sometimes it means moving campers around and that’s not a big deal at camp.”

Camps train staff to be sensitive to all campers’ needs, including sensitivity training regarding sexual orientation and gender identity. Many camps have added gender-neutral bathrooms and dressing areas.

For campers and the young adults who are their counselors, inclusivity comes naturally, says Andy Pritikin, owner and director of Liberty Lake. “They aren’t just used to it but are advocates for these kids and staff as well. When older staff slip up and accidentally do or say things that could be considered offensive, campers have no problem respectfully letting them know.”

Simon says Odyssey’s counselors are key to its growing LGBTQ community. “We have many transgender and genderqueer counselors who are wonderful mentors, roles models, and friends to these campers,” he says.

When choosing a camp, parents need to have a dialogue with the director to find out what the camp is all about, says Rosenberg. That includes asking how kids who identify as LGBTQ fit into their camp. Ask how the staff is trained and how diverse the camp is, overall.

“Camps have to endeavor to be physically, emotionally and psychologically safe environments for all children, including not permitting bullying or inappropriate behavior that belittles or talks down or is biased or prejudiced,” says Rosenberg. “That’s the kind of camp everyone wants to be a part of.”

Terri Akman is a Philadelphia-based contributing writer for MetroKids.