The Mommy Wars: The battle between mothers with different parenting styles, who think any other parenting choices are invalid. It originated between stay-at-home and working mothers and expanded into the issues well past those of employment. 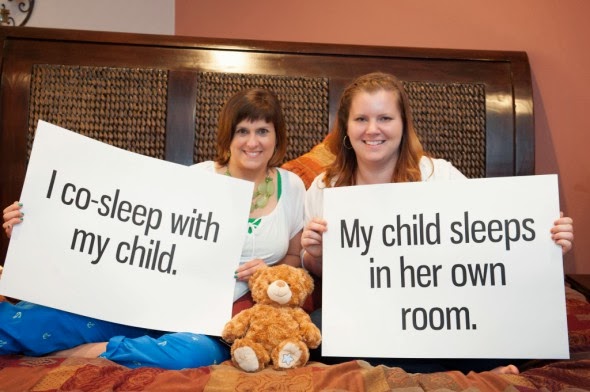 Tracy used to enjoy spending time with a college friend who had children around the same ages as her 9-year-old daughter and 6-year-old son. “As my friend’s daughter was getting older, around 8, she continued to sleep in her parents’ bed, well past the age most people would consider appropriate,” recalls the Wilmington, DE mom. “Over time, it began to affect my friend’s relationship with her husband. She’d tell me that he moved into the basement to sleep on the couch. It got to the point where I didn’t know if I should support her or judge her for what I thought was a problem that was causing a bigger issue in her marriage. It was difficult for me to understand.”

Though Tracy and her friend agreed to disagree about this topic, the difference of opinion ultimately strained their relationship. They’re not alone.

Among families and friends, the tendency to judge instead of accept different parenting styles about everything from children’s eating habits to punishments and TV-watching limits can drive a wedge in even the strongest of personal alliances. The common occurrence contributes to the ongoing push-pull of the so-called “Mommy Wars.” But there’s no need to get up in arms. Knowing when it is appropriate to share your opinion and the proper way to convey your message can spell the difference between helping someone you care about and ruining a relationship. 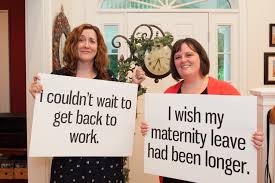 Even when a friend shares a kid-incident anecdote you feel you’d have handled in a different way, experts insist it is almost never OK to offer unsolicited parenting advice. If you feel compelled to say something, “Empathize first, no judgments, and open a door for conversation,” says psychologist Richard Selznick, PhD, director of the Cooper Learning Center in Voorhees, NJ.

Coming from a position of curiosity can be a conversation-starter. “For example, if your friend is still breast-feeding her 4-year-old, you might say, ‘I’m just wondering what your plan is and how much longer you’re planning on breast-feeding Ed,’” suggests Jacqueline Hudak, MEd, PhD, clinical director of the Center for Couples and Adult Families at the University of Pennsylvania’s Perelman School of Medicine. Feedback will be different when you ask a sincere question rather than make a statement that could be interpreted as criticism.

It can be especially difficult when family members offer unsolicited advice. Generational attitudes can easily cause friction, especially among new parents. “The older generation is going to believe they did it better,” says Selznick. And they may not be shy about sharing their opinion.

On the flip side, problems often occur when a new generation of parents eschews long-held family traditions. “For example, members of my family have worn this christening gown for three generations but a new mom wants to buy a new christening gown,” says Hudak. “Or she wants to hyphenate the kid’s last name and nobody likes that idea. It necessitates that the new parents begin to renegotiate some of their old relationships as adults and take different positions toward those family rituals.”

Birth order also comes into play. “An older sister is going to feel that she has the right to tell the younger sister how to do anything, including raising her children,” says Hudak. It’s up to the younger sister to decide how to respond. Selznick believes there is generally more latitude given within families, but echoes his belief that ultimately, "how you raise your child is fundamentally not someone else's business." 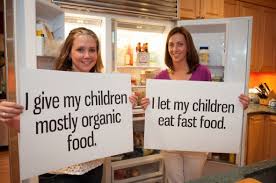 There are a few occasions when sharing your opinions can be productive. “Let’s say you are a child developmental specialist, and you see somebody’s kid who looks like he’s on the spectrum,” says Hudak. “If you have expertise that’s going to benefit that child and that family, share it. But that doesn’t happen a lot.”

It’s also appropriate to expect friends (and their kids) who visit your home to follow your rules, even if they do things differently in their household. “In my house we don’t eat in the living room and we have rules about ‘please’ and ‘thank you,’ ” says Hudak. “Every home has different norms, and it’s fine to enforce those within your home. But acknowledge that other families don’t necessarily have the same kind of values.”

What if you’re on the receiving end of judgy advice? It’s easy to take offense, but Hudak advises that you consider whether one hurtful remark is worth ruining a friendship: “You can say, ‘I appreciate what you’re saying, but I’ve decided to do something else. It doesn’t mean I don’t care about you.’ Differing opinions don’t always have to mean conflict.”

That’s the sentiment of groups of mom bloggers, including MK MomSpeaker Jeanne McCullough, who’ve lately posted “End the Mommy Wars” photo essays. The women in the pictures disagree, yet happily pose and  state their positions on cue cards — no conflict, no judgment. It’s an approach Selznick favors: “It comes down to beliefs and opinions; how you raise your child is fundamentally not someone else’s business.”