The Miseducation of Zoe Aurora

Leo, like any good big brother, loves to teach Zoe things. He is always talking to her or narrating what he's doing for her benefit.

"Zoe, I'm putting my socks on. You have to make the hole really big so your foot will fit inside. When you get bigger you can put your own socks on, too."

It's really sweet. And very educational for Zoe, I'm sure. Leo does know a lot. But he doesn't know quite as much as he *thinks* he knows. For example:

Leo said to her, "Zoe, this is used to make honey. Isn't that interesting? It's yellow, like honey. That's how you can remember." As he held this up:

Overhearing, I asked him how it was used to make honey. I was totally confused. He responded, "It's a bee comb, mama. That's how you make honey." The comb had come as part of a basket of baby Burt's Bees products – so it was, in fact, a bee comb. Bee comb. Honey comb. Makes perfect sense.

It is so easy to forget that kids are piecing the world together from bits and pieces they pick up along the way. Not everything always fits just right. I took the opportunity to talk to him a bit about the process of making honey and the (not-so-secret, thanks to Google) lives of bees. Apparently, there were a couple other misconceptions to clear up as well. He thought bees lived in flowers – so we talked about pollen and hives. We looked up pictures of honeycombs. It was, what I thought, a fairly thorough lesson.

We even talked a little about homophones. I used some examples he already knew: rock as in stone vs. rock as in music, the bow on a present vs. the bow of a violin, and my sister his Aunt vs. the bug ant. (No I didn't parse out homonyms and homographs for him – he's not even three, give him a break!)

I was feeling pretty good about our conversation and my ability to fill in the holes for him as he learns about the world around us. Then, as I was walking away I heard him telling Zoe, "So the honeycombs are in hives. Then the bees fly to each person's house to bring them the honey for their pancakes . . . "

Perhaps I still have some work to do. 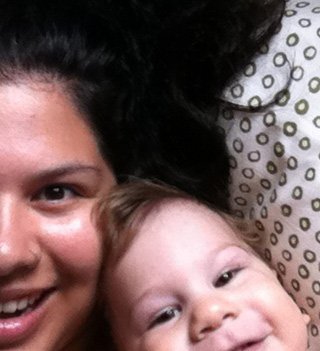