Most parents rely on the convenience of bottled water. We put bottles in our kids' lunchboxes, stick them in their sports bags, tote them to the gym (when we get to go!). And we tend to think it's purer and better for our family than the tap water that comes out of our sinks and public water fountains. MomSpeaker Paige Wolf has a challenge to that assertion.

I get asked pretty regularly what I think about the safety of my local tap water. I’m probably a good person to ask because I drink more water than anyone I have ever met. You have never seen me without a Kleen Kanteen in tote.

But like everyone, if I am really stuck I will buy a bottle of water. In fact, last week the water fountain at my gym was broken and I was frustrated to have to pull a bottle of water out of the fridge. Until a trainer wrote on the whiteboard “Tap Water Is Potable,” which reminded me that, duh, I could just refill at the sink.

At home I use a Pur Water Filter Pitcher, which removes 95% of mercury and 96% of trace levels of pharmaceuticals while reducing chlorine. I know it isn’t as good as a fancy Reverse Osmosis system, but I feel confident enough that, for now, it is the best I can do. And certainly beats the hell out of cases of bottled water.

Bottled water is one of the greatest marketing scams of all time. It is thousands of times more expensive than tap water, creates tons of plastic garbage, and the production of bottled water uses seven times more water than the amount available to consume.

In theory, bottled water in the United States falls under the regulatory authority of the Food and Drug Administration. In practice, about 70 percent of bottled water never crosses state lines for sale, making it exempt from FDA oversight.

However U.S. municipal water falls under the purview of the Environmental Protection Agency, which mandates that water utilities provide annual quality reports to customers. These customer confidence reports provide information such as source, contaminant levels and potential health effects. (However, the EPA not regulate private wells so if that is your source you should independently test).

So let’s take a closer look at Philadelphia, which has just released its annual water quality report to the public.

According to the report: “The Philadelphia Water Department (PWD) consistently produces high quality drinking water, achieving Partnership for Safe Water (Partnership) quality standards that are stricter than State and Federal water quality regulatory requirements. PWD voluntarily adopted these goals, as a member of the Partnership for Safe Water in 1996. The average turbidity level (measure of water clarity) of PWD drinking water has been at or below 0.06 nephelometric turbidity units (NTU) since 1998.”

Do I think it’s perfect? Highly doubtful. There is no question about the threat of toxic waste, drilling, and other pollution to the safety of our drinking water. We should all be taking action to improve the quality of our drinking water and advocating for better legislation through programs like the Delaware Riverkeeper Network. But in the meantime, we need to drink water to survive.

I checked out the Allentown Water Quality Report and it looks pretty similar to Philadelphia, save for a little bit more lead in the Allentown samples. As for the protected well in Breinigsville? I can’t tell you much but I do know that Lehigh County is geographically closer to Pennsylvania’s vast and growing “frackland.”

The Story of Bottled Water tells the story of manufactured demand—how you get Americans to buy more than half a billion bottles of water every week when it already flows from the tap. Over five minutes, the film explores the bottled water industry’s attacks on tap water and its use of seductive, environmental-themed advertising to cover up the mountains of plastic waste it produces.

So the next time purveyors of U.S. municipal tap think it’s a better idea to buy a bottle of water, reconsider the entirely free and probably safer sink, fauce, or water fountain. Let’s take back the tap! 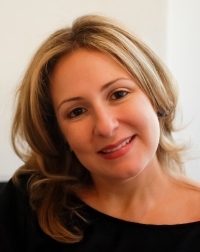