Take a stand against Big Chemical

Halloween is a spooky time of year. But while you are enjoying the tricks and treats, please take a moment to take action on something truly scary. Chemical corporation lobbyists want you to believe that all of the 80,000 untested chemicals used in everyday products are safe. It’s kind of like how your high school boyfriend wanted you to believe it was safe to have sex without a condom. And how your cousin told you smoking couldn’t hurt you as long as you didn’t inhale. Whoops.

Due to her revolutionary science, the last 50 years have resulted in a scientific boom showing that toxic chemicals behave in ways we never anticipated. Toxic chemicals are pervasive in our daily lives, and despite our best efforts to purchase products free of toxic chemicals, we’re still routinely exposed through the air, water and our home environment

Because of lax federal laws, industry chemicals are not tested or regulated for health and safety. Today we are seeing an alarming rise in the many health conditions including: childhood cancer, infertility, learning and developmental disabilities, birth defects, early puberty and certain types of cancer.

We know prevention works. When we removed lead from gasoline, the levels of lead in the American public plummeted. So while there are many reasons one develops cancer, or other chronic disease, removing toxic chemicals is one contributor we can do something about. And we must.

The problem is that the chemical industry is spending unprecedented amounts of money lobbying Congress to block the Safe Chemicals Act, a bill that would increase the safety of chemicals used in our consumer products and would drastically reduce the amount of toxic chemicals we’re exposed to on a daily basis

Politicians will have you think “regulation” has become a dirty word, but most Americans from all political parties believe that we should already be regulating toxic chemicals. The only way we can fight against the Big Chemical’s spending is to let Congressional candidates know how important this issue is, and what is at stake.

Americans from all political parties believe that we should already be regulating toxic chemicals.

The Safe Chemicals Act made a historic step forward this summer. It was voted on and passed from the Senate Environment and Public Works Committee. This is the first vote Congress has taken to update our lax federal laws on toxic chemicals in 36 years! The Safe Chemicals Act is a bill that would significantly increase the safety of chemicals we’re exposed to everyday. For more information on what the bill would do, visit here.

What can you do? Take action through 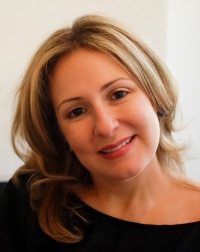 Safer Chemicals, Healthy Families. Contact your candidates for Congressional offices and tell them to reject Big Chemical’s agenda and stand up for your family! And check out this post with links to several perspectives from green bloggers, authors, and activists.