School ended for summer for both of my kids with much less hoopla than I had expected. My son ended his preschool year filled with learning and great crafts a good two weeks before my daughter was finished. My daughter’s Kindergarten year ended with a fizzle, the homework ended sometime in May and her days were filled with watching videos and half days. And when your child already goes to a half-day program, trust me when I tell you that a half day of a half day doesn’t have too much substance.

I began worrying about keeping them engaged and occupied.  When my preschooler finished school, I relished the first several days of having some free time with him. Then came the “black marker incident.” I was getting my daughter ready for bed and my son snuck off, confiscated a “washable” black Crayola marker and drew on his cute little face a pirate's beard. When I saw it I was half-amused but hid my smirk. He did make a silly looking pirate!

Then I saw it. A four-foot-tall “volcano” my son had also drawn in the hallway during the five minutes I was in the bathroom alone with his sister.  It was big, it was black and it scrawled its way from my baseboard to as tall as my son’s little arm could reach.

“But Mommy . . . it’s WASHABLE!,” he exclaimed with eyes as big as saucers. It was then that I realized that my son had a little too much time on his hands. While he’d gotten into his messes and mischief before, this was a first. He was bored. He missed the daily interaction with friends and classmates. Thank goodness for camp!

Yes, camp.  Burn Brae Day Camp of Creative Arts, a wonderful haven nested in Dresher, Montgomery County, that nurtures individuality and interests. Somewhere I feel comfortable as a mom dropping off my two young kids, knowing they will be safe and have a great time. I am head over heels that the camper to staff ratio is 5 to 1. I tend to “hover” sometimes with my kids, a little hesitant to relinquish control to someone else or to leave them someplace new, but knowing that my kids will be taken care of by professionals on such a personal level puts my mind at ease.

When I told my kids they were going to go to camp, they were both so excited their eyes lit up. My daughter jumped up and down and squealed with joy over being able to take music and dance.  My son is a little shyer in new settings and, like me, a little more apprehensive. When he makes friends, they are best buds for life but he can get nervous around big groups, especially since he is only 4 and often one of the youngest kids. ”But what if someone picks on me or I don’t know anybody?” he asked.  I explained to him that Burn Brae is a “Bully Free Zone” and that no bullies are allowed there, whether they are a big 10-year-old or a little guy like him.

It is also so reassuring to know as a mom that my kids go to a pool that includes daily swim time with Red Cross certified lifeguards. With the sun shining, I love that my kids get pool time every day and also learn new swimming techniques, water safety and confidence!

I hope your summer has had a lot of laughs and not too many black marker volcanoes on the walls. 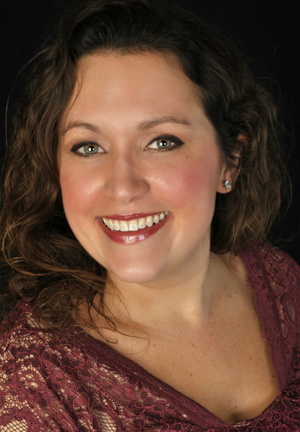