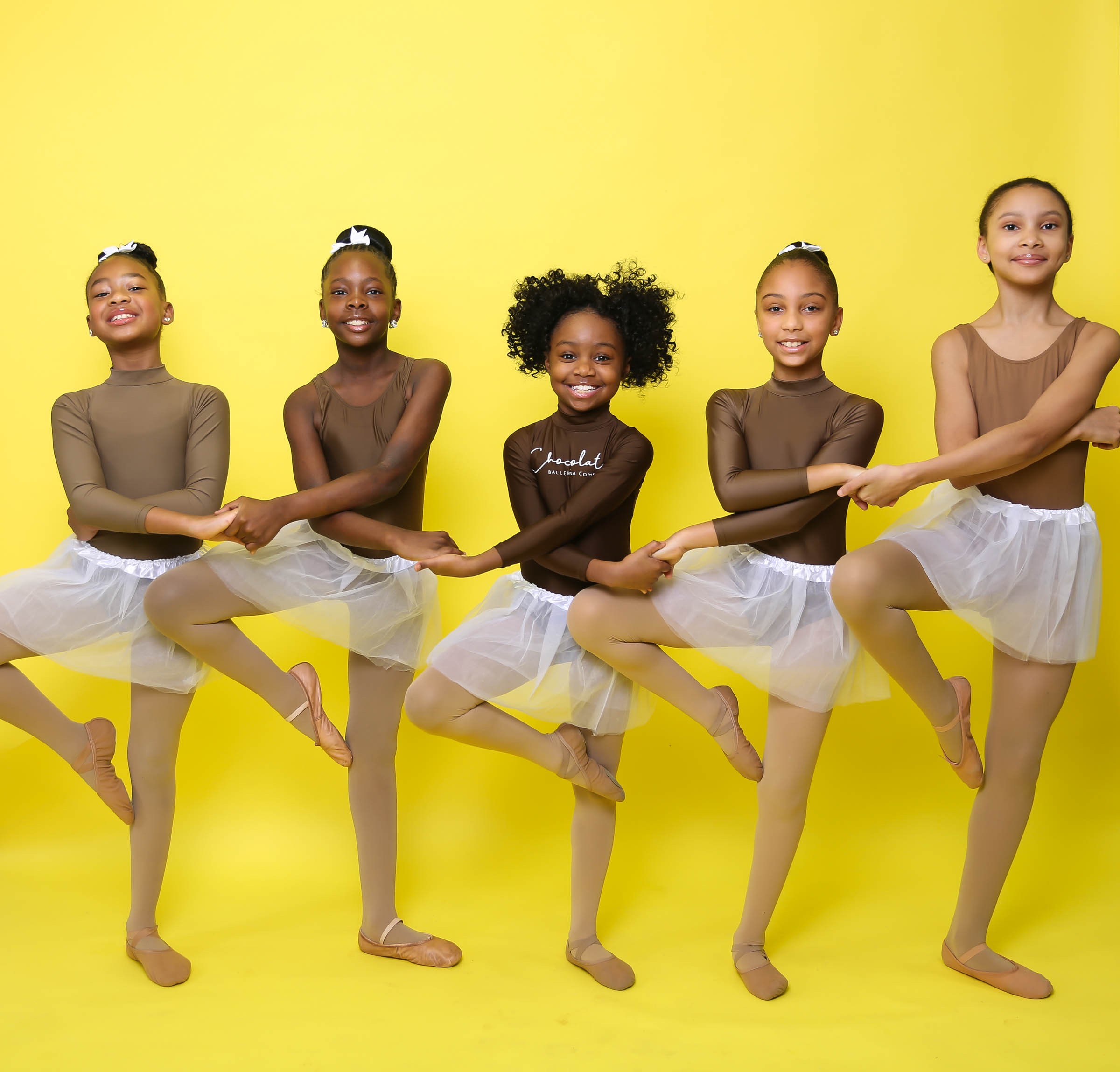 The Chocolate Ballerina Company, an organization that supports artists of color in the Philadelphia area, has a creed that its young ballerinas memorize and are encouraged to recite every day: “I am a Chocolate Ballerina, filled with love and dignity and no one can take my space. Above all things, we are stronger together.”

It may seem unusual for a ballet company to foster this sense of community.

“Dance is a universal language, but I think that there are certain aspects of ballet that have lost that foundation,” Chanel Holland, the founder and artistic director of CBC, says. “That’s why it’s so important to me to emphasize that we are stronger together, even in one of the most competitive art forms.”

This communal environment is not the only thing that makes CBC unique: The company offers free and subsidized professional intensive ballet training to underserved groups — people who may not have access to it otherwise. When she began the company in 2017, Holland only offered adult programs, but she quickly saw the influence CBC was having on local youth.

“I wanted to provide an avenue for those adults who were being rejected by companies because of how they look or how their body is shaped,” she says. “Then I started to see that the adult company was making such an impact on my community. I thought to myself, if they’re making such an impact, we can’t forget that the youth is our future.”

Local families were eager to enroll their kids in youth ballet classes at CBC. This year, the company began its Tiny Ballerinas program for ages 3-6. For many of these children, it’s their first time dancing and they learn ballet, acrobatics and yoga. CBC holds classes in multiple parts of Philadelphia to make it convenient for families across the city.

“We have partners in different locations, so everybody has a chance to experience what it’s like to be a Chocolate Ballerina,” Holland says.

To make the program even more accessible, CBC offers free dancewear, discounted ballet products and some scholarships. Also, in some cases there are sponsorships, in which a donor or community leader offers to pay the tuition, commute costs or other expenses for a ballerina to continue the dance-arts education with the company at no cost to the parent or dancer, according to Holland.

“I wanted to provide an avenue for my youth community to feel safe and to feel like they matter,” Holland says. “And to dispel the notion that ballet is only for a certain class.”

For a single mother like Lauren Lindsey, the low cost of the Tiny Ballerinas program makes it possible for her 3-year-old daughter to participate. “It’s very affordable for me to work around,” she says. In fact, her daughter received a sponsorship last month and was able to attend classes for free.

After they graduate from the Tiny Ballerinas program, the dancers can join the Pre-Prima Ballerinas program for ages 7-12. The kids at this level gain more exposure to the artistic side of ballet, work with world premier teaching artists and choreographers, and participate in performances. 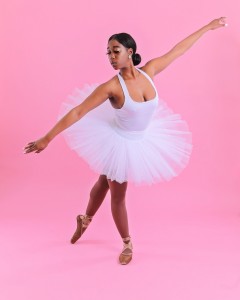 Many of these youths decide to commit to ballet for the long term.

“A lot of them at that point have made up their minds that they want to make this a career,” Holland says. “The enthusiasm that these pre-primas have really blows my mind.”

One such pre-prima is the daughter of Ashley Holland — Chanel Holland’s cousin and the president of the CBC parents’ group. “Dancing is her life,” Ashley Holland says of her 12-year-old daughter, who had previously been involved in multiple ballet companies, but recently decided to focus only on CBC.

Ashley Holland says that the discipline and structure that CBC offers is unlike other ballet programs. For one, the pre-prima ballerinas practice four times a week.

“They’re saying to themselves, ‘I am a ballerina. I do ballet. And I don’t just do ballet once. I’m putting the work in — I’m doing Tuesday, Wednesday, Thursday and Saturday, like a true artist,’” Chanel Holland says.

This intensive training not only teaches CBC’s young ballerinas technical ballet skills, but it also provides them with a mindset of resilience that they can apply to other aspects of their life. This time Chanel Holland uses an example of the dancers speaking to their mothers, saying, “You might be going through this thing financially, but I know that we can get through it because that’s what they’re saying in Chocolate Ballerina: We can do it and we’re strong and together and resilient.”

Holland is excited to bring together all the members of CBC — from the Tiny Ballerinas to the pre-primas to the adult dancers — for the company’s inaugural performance of “The Nutcracker” this December. Just like everything that CBC does, the production will be eye-opening and empowering for local youth.

“I’ve never seen a ‘Nutcracker’ with African-American dancers and original choreography,” Holland says. “I can just imagine how many young peoples’ eyes are going to light up at the sight of it.”

This story first appeared in our September 2021 issue.