Stardines Swim High Across the Sky and Other Poems
By Jack Prelutsky, illustrated by Carin Berger, Greenwillow. $17.99. Ages 4-8.

In Stardines, Jack Prelutsky, the first American Children’s Poetry Laureate, challenged himself to create animals with punny names and traits. Slobsters, for example, drop food on the floor, while plandas “plan to run a marathon…but Plandas never do these things / They just keep making plans.” Carin Berger’s sophisticated drawings look like Zodiac animal symbols laid out in Joseph Cornell frames. The author’s previous, more traditional books, The New Kid on the Block and A Pizza the Size of the Sun, illustrated with James Stevenson’s slouchy good humor, are being reissued, too.

Dirt on My Shirt
By Jeff Foxworthy, illustrated by Steve Bjorkman, HarperCollins. $9.99. Ages 4-8.

Jeff Foxworthy made his name as the comedian who worked for IBM but talked about how you could tell you’re a redneck. In referencing school, for example, he joked, “You know you’re a redneck when your father’s in the class ahead of you.” So in writing poetry — even short, punchy little ditties meant for preschoolers — he’s come a long way. The poems have a lively pace and a cute, sometimes funny demeanor, like “Noises,” which concludes, “ ‘Ding-a-ling-a-ling’ goes a fire truck in a hurry / ‘Wah, wah, wah’ goes my baby brother Murray.” What redneck ever knew a Murray? 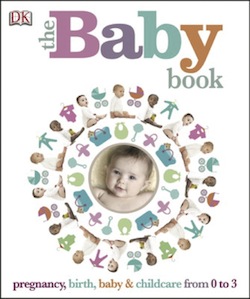 Beginning with pregnancy and the details of swimming sperm, DK’s robust The Baby Book prepares the cheerful parent for every eventuality, including the weight of carrying baby, considering that the book is a hefty coffee-table tome. With useful checklists and advice, it emphasizes the joys of bearing and raising a child from onset to 3 years. It could start as a pristine celebration of a new bundle of joy and end up as a well-thumbed reference for each step of the way.