Should You Let Your Kid See the Movie Eighth Grade?

Should you let your 8th grader see Eighth Grade?

Yes, unless you are opposed to them hearing a handful of profanities or seeing a sexually suggestive scene. 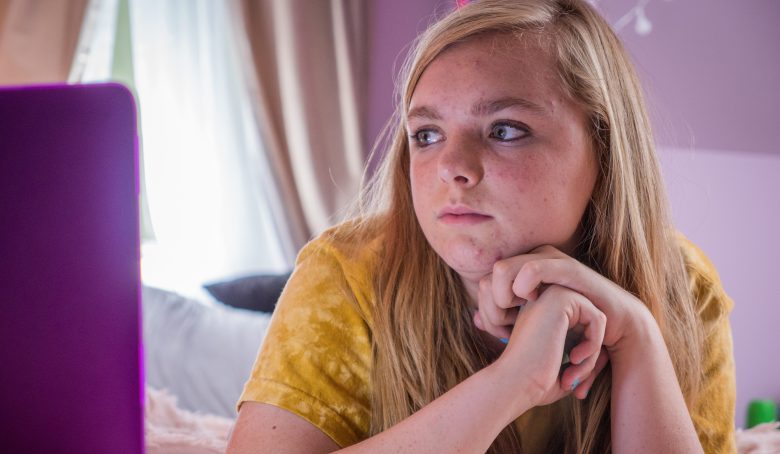 At the end, however, many parents will consider the lessons learned during the film positive, both for kids and those raising them.

Because of its R rating, kids in and near 8th grade can't get in unless an adult buys the ticket. On Wednesday night, the movie's production company, along with writer-director Bo Burnham — who aren't pleased with the film's rating — offered free screenings across the country at which kids of any age could attend.

At the King of Prussia showing, the house was packed, though not sold out, mostly with teens and a smattering of parents.

Because the film is an unflinching look at the sometimes difficult, uncomfortable journey from childhood to teen, it could be awkward watching while sitting right next to your child; consider going another time or sitting elsewhere in the theater.

Since one of the movie's themes is how difficult it can be for parents and their kids to talk about these issues, the film could be a common touchpoint for conversation.

Best of all, it's just a good movie, funny in parts, touching and a good reminder for parents how difficult these years can be, exacerbated by social media's influence on kids' self image.

It may make you squirm, but that's 8th grade for you.