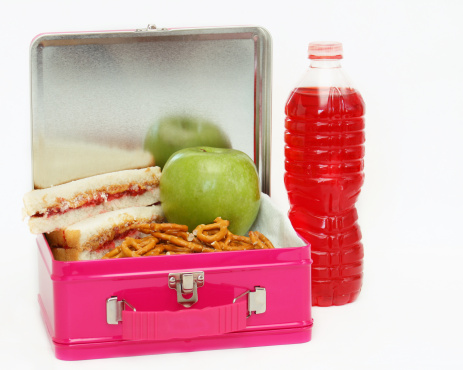 Every school cafeteria offers a familiar scene. As lunchboxes open, eyes dart from one child to the next, and then comes the classic question: what ‘cha got?

School lunches draw up memories even years later of what was traded, of special items brought from home with a note from mom and dad, of the weird combos only a kid would request, of sandwiches with the crusts cut off and, of course, of what you would buy with your lunch money.

Kelly Simmons built an entire business based off of the cookies she used to buy for lunch.

The owner of Aunt Kelly’s Cookies, featured in our sister publication Baltimore Child’s December 2021 issue, was inspired by Linden’s butter crunch cookies—which she grew up buying for 35 cents a pack at her Baltimore City elementary school. In recreating that recipe with her grandmother, Simmons was able to recall memories of the two of them baking together when she was just 5 years old.

There’s no doubt food creates strong memories, but what is it about school lunches that forges an even stronger bond?

“It’s funny how we all—no matter which school we attended or how long ago that was—have fairly fond memories of school lunch,” writes Catherine Toth Fox, a former decade-long newspaper reporter and current editor of HAWAI’I Magazine in her blog, The Cat Dish.

She fondly remembers the freshly baked bread she would get with almost every lunch—and how she would make trades just to get an extra roll.

Part of the allure of lunchtime could be owed to its social and cultural ties. Everyone can tell when you grew up based on what your mom packed in your lunch. Popular school lunch fads over the years include pizza and PB&J in the 1960s; snack-based items such as Fruit Roll-Ups, Lunchables and Dunkaroos in the 80s and 90s and more organic brands such as Stonyfield Farms in the 2000s.

Of course, popularity also varies by area. In Philadelphia, some children were noshing on Italian hoagies, Utz chips, Huggies and butterscotch krimpets for lunch.

“There was creamed dried beef on white toast, and “Sloppy Joes”… and there were always breaded fish sticks on Fridays,” writes Kristina M. Victoreen in her Philly blog.

The Evolution of the School Lunch

The first official school-day lunches came about in the late 19th century. Philadelphia and Boston were the first major U.S. cities to have a school lunch program. Before then, children would often to go home for midday meals with their families.

Bon Appetit references a Culinary Institute of America food anthropologist who named pickles as the “addictive junk food” of that time period.

Though there was federal support for these meal programs, a big shift occurred in 1946, when President Harry Truman’s National School Lunch Act made it a more permanent commitment. The Child Nutrition Act in 1966 added subsidies for low-income families.

The early focus of school lunch programs was on nutrition, but standards relaxed by the 70s, when even candy counted as nutritious under minimum requirements. By the 80s, ketchup was considered a school-approved vegetable, and fast food appeared in cafeterias in the 90s.

Apart from health, as early as the 1940s, anthropologist Margaret Mead encouraged food choice and an expansion of cultural options. Since then, schools have gotten rather creative with their choices.

The Washingtonian published an article in 2016 about the best school lunches in town. Holton-Arms School, a private all girls elementary and high school in Bethesda, made the list with catered meals such as Brazilian-style slow-roasted pork, kimchee and bibimbap.

Getting kids to eat healthy can be a challenge, especially when it comes to packing a lunch from home. It would be easy to just throw in a sugary fruit snack or fan-favorites like chicken nuggets to appease kids and make sure they eat, but registered dieticians from the Children’s Hospital of Philadelphia cite the importance of a well-balanced meal of whole grains, fruits, vegetables, lean proteins and low-fat dairy.

“A nutritious lunch can help with weight management, heart health and prevent the development of diabetes,” according to RD recommendations from CHOP written in 2015 and updated in 2021.

Their recommendations include the following tips and lunch ideas for families:

2 Choose lean lunchmeat such as chicken, low-salt turkey or ham, tuna, and lean roast beef. Avoid salami, bologna, liverwurst and pepperoni, which are all high in saturated fat.

3 Include one serving of low-fat dairy such as milk, soymilk, yogurt or cheese. When choosing dairy, look for products that are unsweetened.

5 Mustard is a good fat-free condiment to use on sandwiches. Regular mayonnaise is a less healthy choice. Swap mayonnaise for mashed avocado or low-fat plain Greek yogurt.

For a full list of meal ideas and a fun mix-and-match from each food group, go here.

Have Fun Exploring and Creating Music!