You may be dreaming of a tropical beach getaway this winter, but if that’s not feasible, it’s reassuring to know that you don’t have to travel far to get away for Valentine’s Day. Some romantic havens are not far from your own backyard.

For a romantic stay within an hour’s drive of Philadelphia, Jim Flynn, founder and editor of BestWeekends.com, recommends the Glasbern Country Inn in Fogelsville, PA. The inn property was once a 19th century farm. “The farm buildings have been converted into accommodations,” says Flynn. Portions of the property remain a working farm, and its restaurant offers true farm-to-table fare.

Another option in the Lehigh Valley is the Sayre Mansion Inn in Bethlehem, which in 2011 was named one of the nation’s Top 10 Romantic Inns by Iloveinns.com. 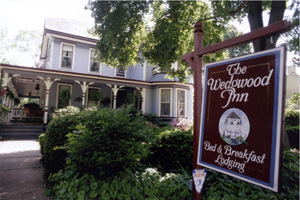 Worthington and Penelope Davis of Philadelphia have enjoyed several Valentine’s getaways without their kids. They have stayed more than 15 times at the Wedgewood Inn, a Victorian B&B in New Hope, PA.

A big reason they return is service. Worthington Davis says innkeepers have helped him arrange romantic treats for his wife, such as the horse and buggy that picked them up at the Wedgwood and took them to a nearby restaurant.

Another choice near New Hope is the Woolverton Inn in Stockton, NJ, known for sheep grazing on the grounds. 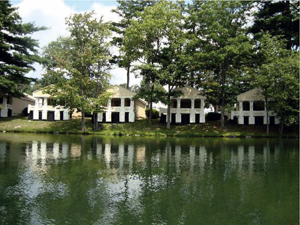 For the last 10 years, Joseph Ehret of Southampton, PA has taken his wife to the Poconos on Valentine’s Day to celebrate their anniversary. The Ehrets have stayed at the Paradise Stream Resort near Stroudsburg, which features rooms with heart-shaped Jacuzzi tubs and a suite with a 7-foot champagne glass shaped whirlpool.

Ehret says the resort is distant enough for an escape, yet close enough to return quickly should something go wrong at home. He recommends weekday stays for better rates and to avoid the crowds.

Other options in the Poconos: 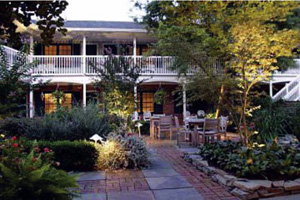 For a Valentine’s Day beach getaway, Flynn recommends the Bellmoor Inn in Rehoboth Beach, DE. “It has fantastic rooms and an unusually good spa,” Flynn says. He adds that the property is especially charming in the wintertime. The hotel is walking distance to good restaurants that are open year-round, he says.

At the Jersey Shore, Flynn recommends the Virginia Hotel in Cape May, a boutique hotel that isn’t decorated in the usual local Victorian style. The 24-room hotel, located in the historic part of town, has a great restaurant, says Flynn.