Parent You Should Know: Beverly Caldwell

"It’s gonna be OK. Your child is not broken. They can do everything and everything; they just don’t hear. They are capable of anything." 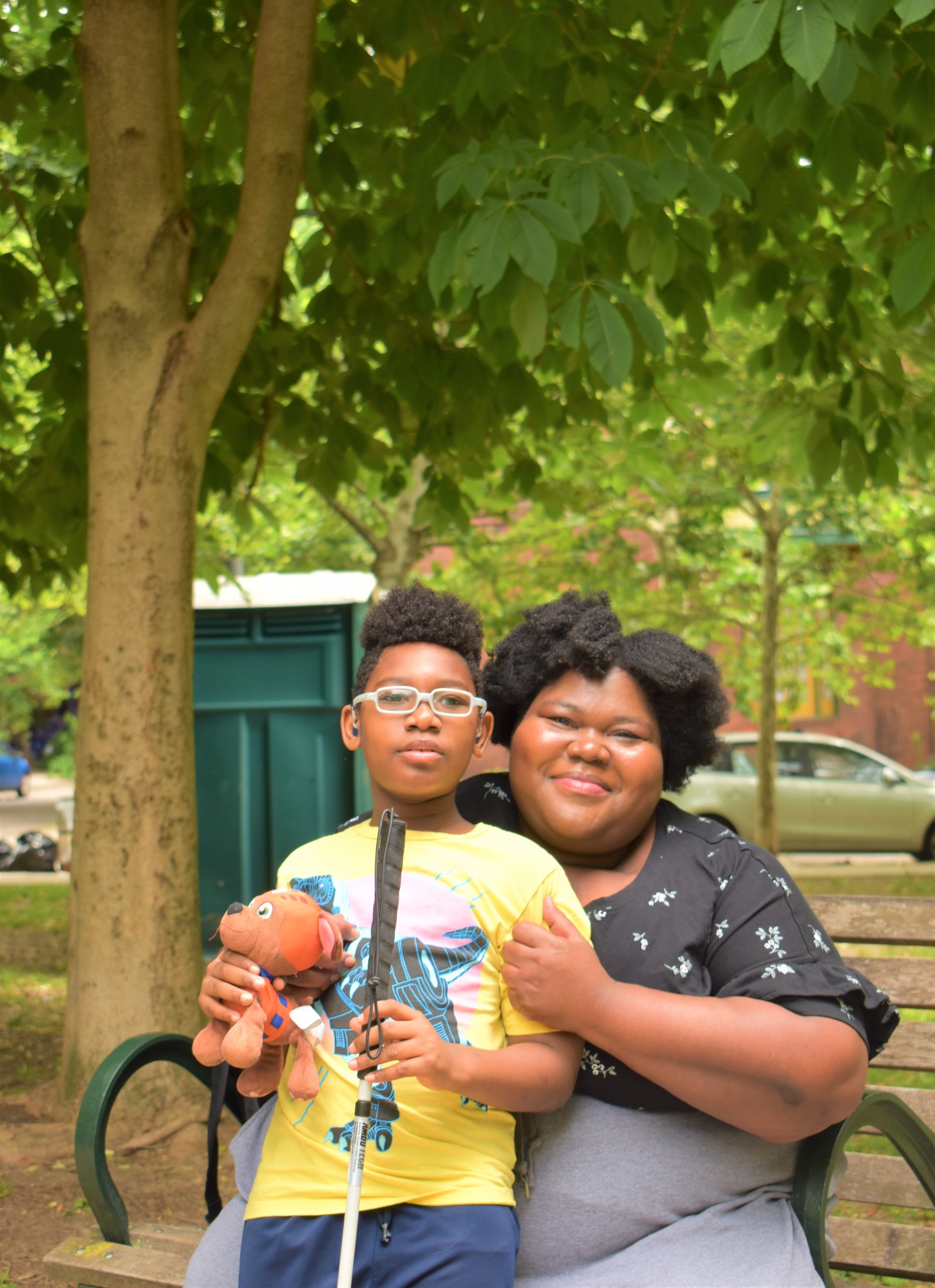 Beverly Caldwell is a psychology student with a concentration in child development, completing her degree online at Southern New Hampshire University. She also runs a home baking business in Philadelphia where she was born and raised.

Caldwell is the proud mother of 8-year-old Noah Dunaway, who was born Hard of Hearing (HoH). When Caldwell learned about her son’s hearing difference, she made up her mind to learn American Sign Language (ASL) with Noah and do everything she could to support and understand her son.

How did you learn about your son’s hearing difference?

(We) found out when he was born, they do (hearing) screening for newborns, and he failed that test. Noah had many other difficulties when he was born. We weren’t sure he was going to last his first weekend. He spent a month in the NICU. After he started getting better, we did find out about his hearing.

We went to his first audiology appointment when he was about 2 to 3 months old. And they tested him again because they wanted to make sure. The lady had tissues on her table. She said, “Your son is deaf or hard of hearing.” We almost lost him. A hearing difference (is one) we can work with because he’s here. He’s alive.”

What would you say to other parents of children with hearing differences?

“It’s gonna be OK. Your child is not broken. They can do everything and everything; they just don’t hear. They are capable of anything. It’s OK to feel sad for a moment but don’t stay there. You have to be proactive; you have to get those services started. Get them access to ASL and get access to the Deaf community.

What’s something you wish you knew before becoming a parent?

(It’s important to) know yourself and stick to your decisions. When you become a new parent, there is so much advice from people with kids, without kids, people older than you, and everyone is trying to give you all this advice. I’ve learned to go with my intuition, what I’m feeling. Deal with your child as your child. You know yourself and your kid. Own your decision. Own that moment and stick to it.

Is it hard to juggle parenting and school?

It’s an adventure. It’s never a dull moment. You can go from spilled milk or toothpaste on the mirror to total giggle sessions. It’s about perspective. If you want to find the good in it, it’s there. You just keep moving forward.

Meal: Pizza because it’s interactive. I like to cook, and Noah is getting into it now. He loves splashing sauce and sprinkling cheese. Some is on the floor or the table. He feels so independent when he can carry the pan to the oven.

Way to Spend a Weekend: The playground. He likes the slide, but his favorite thing to do is dig in the dirt with sticks. He’s a nature kid.

Vacation spot: The beach. He has a good time in the sand, and the water is amazing and therapeutic. (Our favorite is) Atlantic City, but I hear there are better ones. I’m open to beach exploration.

Parenting Story: Noah was about 3 at the time. We were at the table, and he wanted an apple. He got an apple, and I’m sitting there cutting up the apple and putting the slices on the plate, and he’s stuffing them in his mouth. I’m slicing apple number two, and he sees it. He has his mouth full of apples. He’s signing apple with his big eyes, and he looked like a hamster or something. He’s signing apple, more apple. A hearing kid would have to wait until they chewed and swallowed, but through the power of ASL, he could tell me he wanted more.

Parenting Products to Make Your Summer a Success

Why You Should Learn ASL