The competition featured 12 kids ages 10-16 who were mentored by talents including Adam Lambert, Avril Lavigne, Brandy, Jennifer Hudson and will.i.am. No one was “voted off,” but as the winner, Michael receives a recording contract with Boardwalk Records and RCA Records.

Michael started singing at age 5. He writes songs and plays guitar, piano and drums. His favorite artists are Justin Bieber, 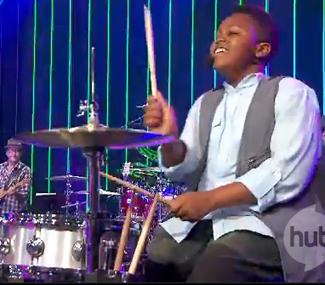 “It was amazing to work with all of my mentors and of course, share this time with the Majors and Minors cast,” says Michael. "I know this is just the beginning of what I hope will be a great career because of my strong love for music. I’m very exited for my future.”

More than 40,000 children nationwide competed to become one of the show’s 12 contestants.


Majors and Minors video shows Michael being coached for his finale performance.