Philly Beer Hall Has a Playground for the Kids

The Craft Hall beer hall in Northern Liberties has a multi-level pirate-ship playground for kids (and their parents) to enjoy, along with kid-friendly food, lawn games and vintage Nintendo games.

There's a new brew pub in Philly and it has — you should sit down for this — a playground for the kids.

We know breweries and beer halls have cultivated a family-friendly reputation by encouraging parents to bring their kids' favorite foods from home or serving cheaper eats out of a food truck; providing games and distractions to keep them occupied, and by generally having a vibe that welcomes kids to run around and have fun while their parents sip a beer, grab a bite and have a conversation.

But Craft Hall's  takes this to a new level with a multi-level pirate-ship playground for kids and their parents. And because it's in its own room with a bar of its own, parents can stay nearby and worry less about having the kids bump into kid-free patrons.

Craft Hall is at 901 N. Delaware Ave. in Northern Liberties where Yards Brewing Company used to be before moving to Spring Garden. It serves beer from Mainstay Independent Brewery along with other adult beverages and food that will satisfy mom and dad as well as picky little eaters (think grilled cheese and fried chicken).

There are also lawn games, a spot for live music, vintage Nintendo games 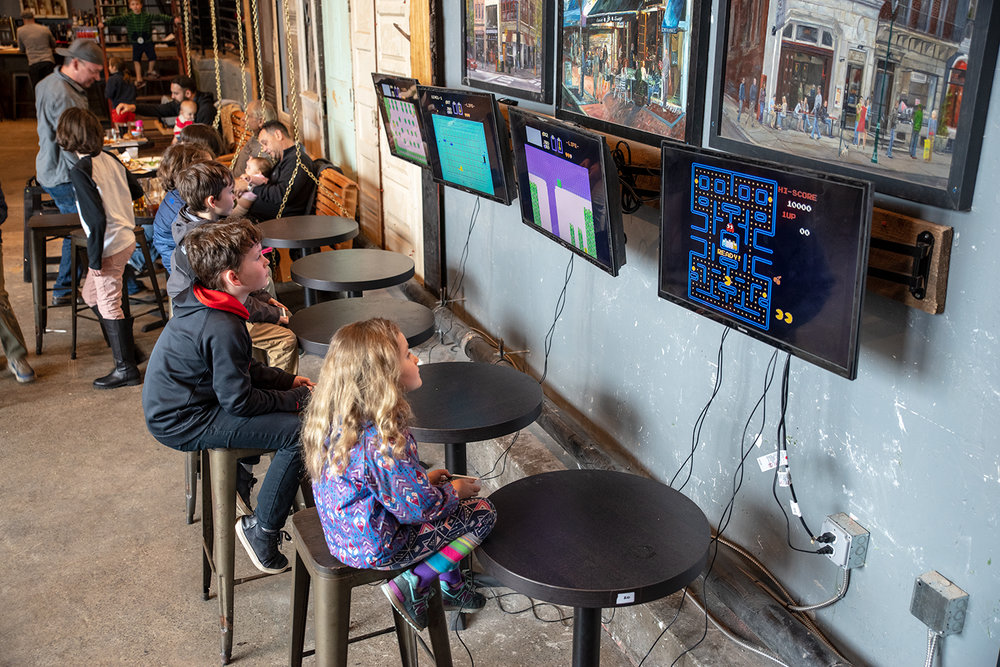 , and, if you want to mix in a little education with your outing, windows into their back rooms where you can see them milling flour for their Lost Bread Co. bread, smoke their own meat and, naturally, brew beer, "providing a unique experience and better understanding of the foods' origin and craftsmanship that went into them."

Craft Hall is part of the FCM Hospitality group, which runs Morgan's Pier, a beer garden on the Delaware riverfront, and Parks on Tap, a traveling beer garden that pops up in 20 city parks through the warmer months.

And here are a bunch of other indoor fun places to take the kids.