Check out what’s new for families in March!

The Ride the Ducks sightseeing tours re-open for the 2010 season on March 6. On a Duck tour, families can learn about famous Philadelphia sites and history on a street tour, then splash into the Delaware River on the specially-designed vehicle. “Wacky Quaker” noisemakers are included with every tour.

Kids can make-and-take crafts daily at the Betsy Ross House in Philadelphia, March 27-April 10. All month long, visitors to the House can meet a Betsy Ross re-enactor and see the exhibit Recovering the Past: The Upholstery Trade in Colonial Philadelphia. 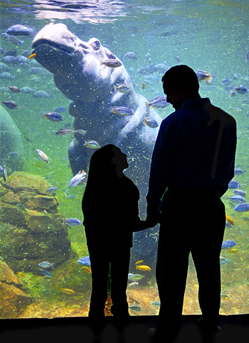 The Camden Children’s Garden re-opens for the spring on March 20. Highlights of the Garden are a butterfly house, a carousel and storybook-themed gardens.

Winterthur Museum & Country Estate re-opens for the spring season on March 9. The re-opening features the launch of a new exhibit, Flower Power: Floral Artistry at Winterthur, which highlights the floral designs of Henry Francis du Pont. Winterthur and nearby Longwood Gardens in Kennett Square, PA are offering a Twice As Nice admission special, March 9-April 30. You can visit both Winterthur & Longwood for $20, which includes a guided tour of the Winterthur mansion. 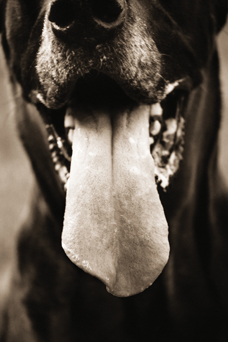 The National Constitution Center and National Liberty Museum in Philadelphia celebrate Women’s History Month in March. Daily programs at the Constitution Center include a look at the role of women in Ancient Rome & early America, as well as famous females from Philadelphia. Visitors to the Liberty Museum can go on self-guided tours to learn about Mother Teresa, Oprah Winfrey, Rosa Parks & other famous women of past and present.

Black-and-white animal photographs by Henry Horenstein will be on display at the Academy of Natural Sciences in Philadelphia during Looking at Animals, March 13-May 16. Alongside the exhibit, naturalists present daily talks with live animals, including birds & reptiles. Free with admission, $10-$12.

Original illustrations from award-winning children’s stories are on view at the Brandywine River Museum in Chadds Ford, PA during Drawing from a Story: Illustrations by Selected Caldecott Medal Winners, March 20-May 23. Maurice Sendak (Where the Wild Things Are), Robert McCloskey (Make Way for Ducklings) & David Weisner (Three Little Pigs) are among the illustrators featured. Free with admission, $6-$10. Kids can receive free admission by reading Caldecott Medal-winning books. Visit www.brandywinemuseum.org for details.

The Franklin Institute in Philadelphia launches two new continuing exhibits on March 27. Discover the earth’s atmosphere, become a greenhouse gas and create weather in Changing Earth, an eco-focused exhibit. Electricity will be re-vamped so visitors can engage in hands-on experiments, including building basic circuits, using cell phones to transmit signals and stepping on a dance floor that emits electric sparks. Free with admission, $12-$14.75.

Two area historical sites launch new exhibits this month. On March 14, Pennsbury Manor in Morrisville, PA debuts an exhibit that will feature an original William Penn artifact and other historical items. A new exhibit So Long and Toilsome a Journey: Transportation in Colonial Pennsylvania runs March 6-Jan. 30, 2011 at Pottsgrove Manor in Pottstown, PA. 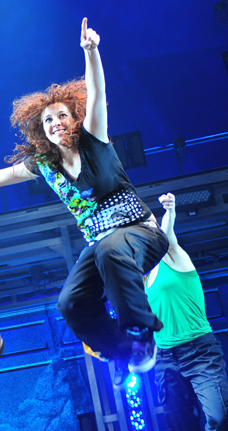 The Hedgerow Theatre in Media, PA continues its Saturday children’s series. Snow White & the Little People continues through March 27 at 1:30pm, while Charlotte’s Web runs March 6-April 17, 11am. Kids can enjoy juice & cookies with the cast following each show. $9-$11.

Programs II & III of the Pennsylvania Ballet 2009-2010 season are performed this month at the Academy of Music in Philadelphia: The Four Temperaments and Carmina Burana, March 4-13, and a series set to the music of Chopin (The Crossed Line, In The Night and The Concert), March 13-14. $24-$129.

The Groovaloos, a hip-hop/freestyle dance troupe, bring their high-energy Groovaloo tour to the Merriam Theater in Philadelphia, March 9-14. $25-$59.50.

Go on an adventure under the sea with the Act 3 Children’s Theatre Company of DeSales University in Center Valley, PA. The Little Mermaid runs March 23-May 8. $8.

Join Simba and friends in the hit Broadway musical The Lion King, on stage at the Academy of Music in Philadelphia, March 23-April 24.

Walnut Street Theatre‘s musical for kids, How I Became a Pirate, based on the book by Melinda Long & David Shannon, runs March 26-April 10. $10-$14.

The Discovery Theatre at the Garden State Discovery Museum in Cherry Hill presents Strega Nona, the story of a witch who uses her magical spells to help a village, March 27-April 10. Kids can also participate in an Italian tile-painting art project related to the show. Free with admission, $9.95.

Clear Space Productions presents Fiddler on the Roof at the Cape Henlopen Theatre in Lewes & Schwartz Center for the Arts in Dover, March 11-27. The classic musical features a 40-person multigenerational cast. $5-$25.