Books, movies and a podcast for kids age 4 to 14 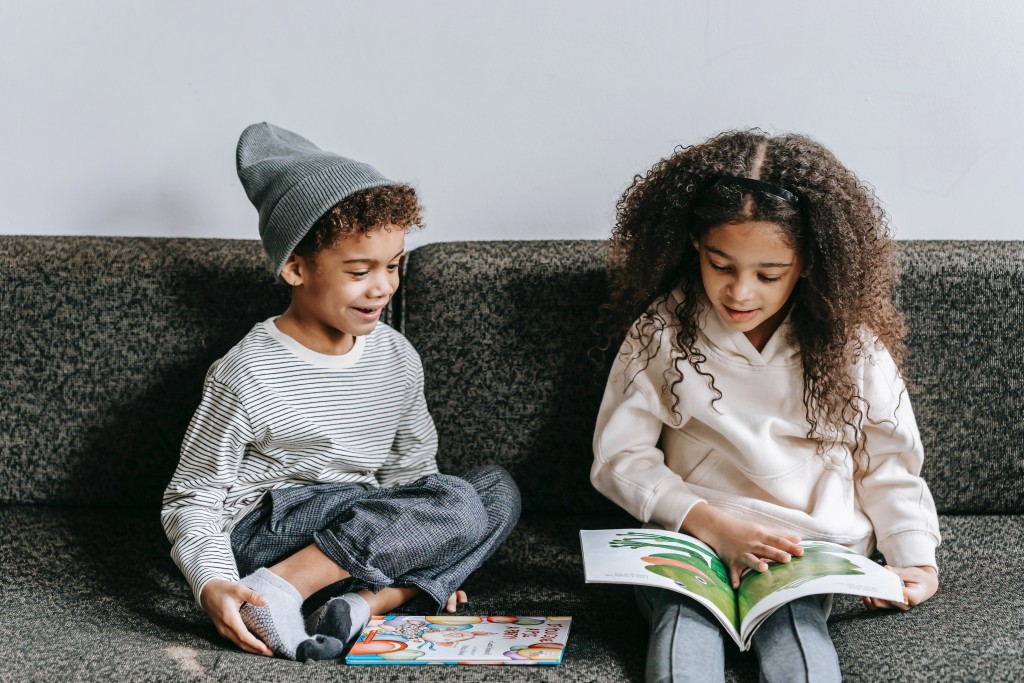 Photo By Marta Wave From Pexels

Summertime in Philadelphia can be a wonderful experience, and there are no shortage of entertainment options for families who want to hit the town for fun, age-appropriate and COVID-safe activities. But for those days when it’s too darn hot or you’ve just got too much to do, it can be hard to find quality entertainment options for kids. There are certainly “options,” but the discerning parent might be searching for something crafted with thought, care and curious kids in mind. Here, you can check out five exciting new books, movies and a podcast for kids aged 4 to 14, all brand-spanking new this summer.

Vivo
Will stream on Netflix
“Vivo” is a new animated musical from Columbia Pictures and Sony Pictures Animation, which, normally, who cares? They’re giant indistinguishable movie-making corporations. But after the release of “Spiderman: Into the Spider-Verse,” Sony’s 2018 entry in the Peter Parker canon, their pedigree as creators of warm, vibrant and fun animated movies for kids is beyond dispute. Because of the pandemic, “Vivo,” a story of a capuchin monkey who makes a treacherous journey from Havana to Miami, was forced to scrap its initial plans for a June 4 theatrical release and will instead stream on Netflix, though it has yet to announce when it will debut. It was written by Peter Barsocchini, the screenwriter for all three “High School Musical” movies, features original songs from Lin-Manuel Miranda — a pretty good indication that you’ll be hearing songs from the soundtrack long past the end of its theatrical run — and features cinematography from two-time Academy Award winner Roger Deakins. With that much talent in the room, “Vivo” seems like it’d be worth a trip to the movie theater; as it turns out, you can enjoy it from home.

Luca
On Disney+ June 21
Speaking of giant faceless companies that nevertheless must be acknowledged in the arena of animated-movie making, Disney and Pixar teamed up for “Luca,” a sweet-sounding — if unrelatable — film about the friendship between two sea monsters on the Italian Riviera. First-time director Enrico Casarosa previously worked on Pixar classics like “Ice Age,” “Cars” and “Ratatouille,” and is joined by screenwriters Mike Jones (“Soul”) and Jesse Andrews (author of the young adult novel, “Me, Earl and the Dying Girl”). Though, as with “Vivo,” it was originally set for a theatrical release, “Luca” will premiere June 21 on Disney+.

Toasty
Written and illustrated by Sarah Hwang
In case there are 4-6-year-olds out there who have an imagination, here’s a new picture book from author and illustrator Sarah Hwang about a piece of toast who yearns to become a dog. Toasty quickly learns that this will be a difficult proposition, but his valiant efforts and willpower drive him to become something like the dog of his dreams. Hwang’s illustrations give this pretty simple, odd premise an unexpectedly high level of humor, so sure to be check this one out. Much love to Toasty.

But Why: A Podcast for Curious Kids
“But why would a piece of toast want to become a dog?” It’s not a bad question, and if your child is the type to keep asking questions until he or she has examined every angle and exhausted your ability to answer, try downloading “But Why: A Podcast For Curious Kids.” Guided by kids-submitted questions, host Jane Lindholm at Vermont Public Radio and kid-friendly experts answers them all, both big and small: Why does a cactus have spikes? Is it ever OK to break a rule? Who names animals? Where does the sky end? The best part is that, not only will the kids give you a break while they listen to the podcast (episodes generally range from about 25-45 minutes), they won’t realize the reason you’re not giving them answers is because you just don’t know

Saint Ivy: Kind at all Costs
By Laurie Morrison
This middle-grade novel tells the story of Ivy Campbell, a 13-year-old with a big heart and a lot of questions about the world. Ivy loves to help, and knows that it’s important to put the needs of others before her own — her brother’s, her nana’s and her friends’. But when Ivy learns that her mother has agreed to become a surrogate, she is surprised to find that she is jealous. Feeling guilty, and determined to feel the “right” way about her mother’s pregnancy, Ivy discovers new elements of herself and the people she loves. Written by Laurie Morrison, the book is on the longer side — 336 pages would make some adults I know blanch — but for 10-14-year-olds who can sit and lock in for a little while, it’s worth the payoff.

This article first appeared in our June 2021 issue.