The sequel to 2012’s popular Dolphin Tale hits movie theaters on Sept. 12. MomSpeaker Jennifer Auer attended a sneak preview of Dolphin Tale 2, which picks up the story of the the mammals and marine team at the Clearwater Marine Aquarium (CMA) several years after the events of the first film. Caution, this mom’s movie review contains spoilers.

When we were invited to an advanced screening of Dolphin Tale 2 I admit I had those sequel concerns some of you might have. We hadn’t seen the original Dolphin Tale, so I had concerns that my boys and I would be lost when the movie started.

However, it didn’t matter that we hadn’t seen the original. Within moments we were brought up to speed. We knew the love the characters had for dolphins Winter and Panama, and . . .

. . . we could feel their pain and grief when Panama passed away and their struggle with how best to help Winter. As the film moves along, there are stories among the stories. Young love begins to develop among teen friends (nothing inappropriate — there’s no kissing). A high school student has to make tough choices about an incredible opportunity while another learns to become independent. Animals and individuals work together to overcome adversity and disability. The CMA has to determine why it is really there. What is its mission?

As the stories unfolded, we were taken inside what these trainers, staff and rescuers face on a regular basis. How the connections they have with these animals are similar to the ones we have with our own family. I enjoyed how Dolphin Tale 2 was able to appeal to all three of my boys (ages 6, 8 and 10). We all had hope for Winter. We all chuckled at the antics of a pelican. My youngest enjoyed the playfulness of the animals. And my oldest could appreciate the inner conflict the teenage characters were struggling with. We all could take away from the movie that even in the darkest of hours, there is hope, and when there is a will there is a way.

Why we liked Dolphin Tale 2

I’m glad I decided to bring the kids to see Dolphin Tale 2. I can’t think of any other movie better to end the summer. 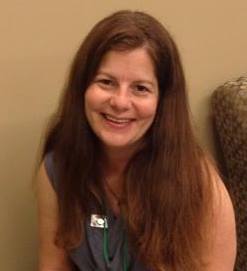