Blogger EJ Curran had the chance to visit the Adventure Aquarium with her brood of five and check out the new Frogs: Nature's Messenger exhibit firsthand. Here's her unvarnished review.

There's not a more perfect aquarium for little kids than Camden, New Jersey's Adventure Aquarium. It's a truly interactive aquatic experience for all, featuring animal feedings and talks, touch tanks, stingray feeding and more. Kids can touch and interact with tide-pool environments filled with ocean animals like colorful sea stars of many sizes, sea apples and sea urchins. Families can visit the Stingray Beach Club to splash around with friendly rays, with the opportunity to feed them as well. Visiting the Touch a Shark Pool will give visitors a thrill as they're allowed the experience of petting over six types of small sharks. 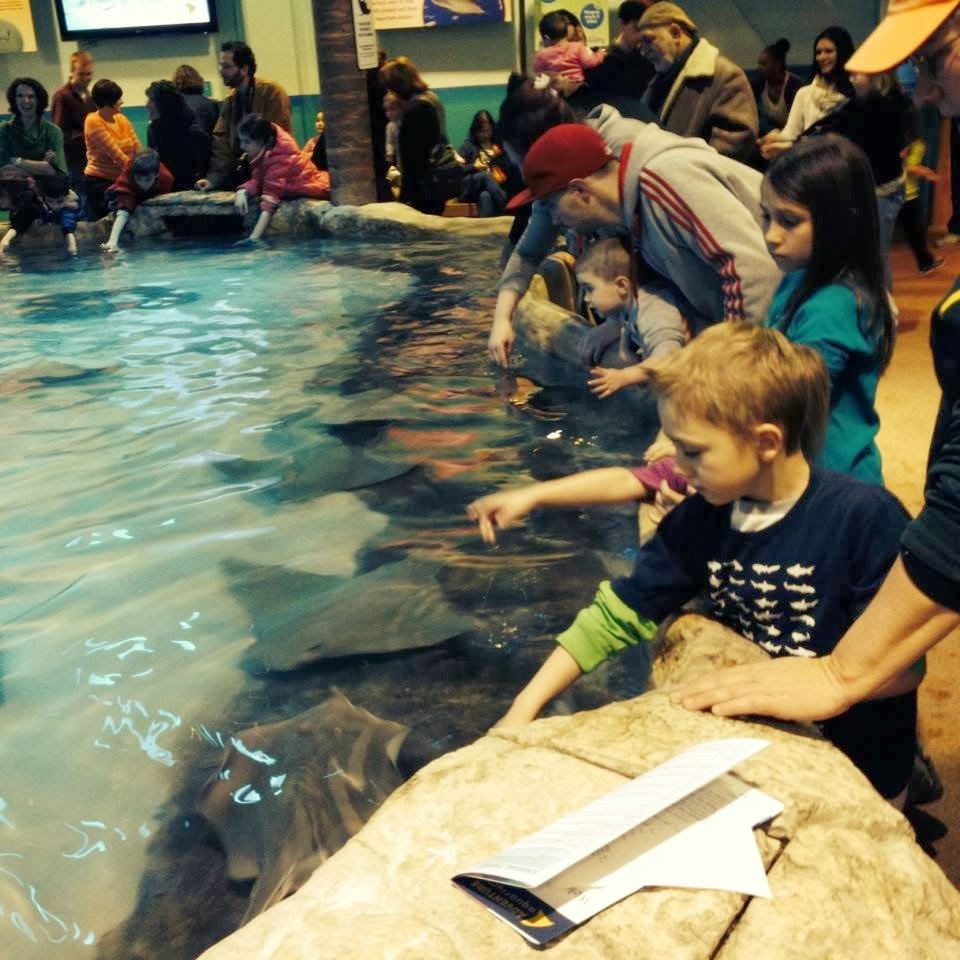 Frogs: Nature's Messengers, on special exhibit through April 2014, brings even more adventurous learning experiences, featuring over 20 species of common, strange, rare and exotic frog and amphibian species. Frogs and toads are on display throughout Zone A, outside of the 4D Theater in Zone B and throughout KidZone. In KidZone, kids can visit the Ribbit Room and take on a maze, play a game of Frogger and meet with a real-life biologist. Biologists are on hand throughout the various zones.

The monsters and I recently made it out to Adventure Aquarium, excited to see just how strange frogs and their amphibian counterparts can get. We were not disappointed.

The African Bullfrog, which resembled pretty round balls of mud from behind, elicited some big giggles from the kids when we realized we were not looking at balls of mud but two frogs nestling with one another. The camouflage attributes of this and many of the other frogs we met was quite impressive. 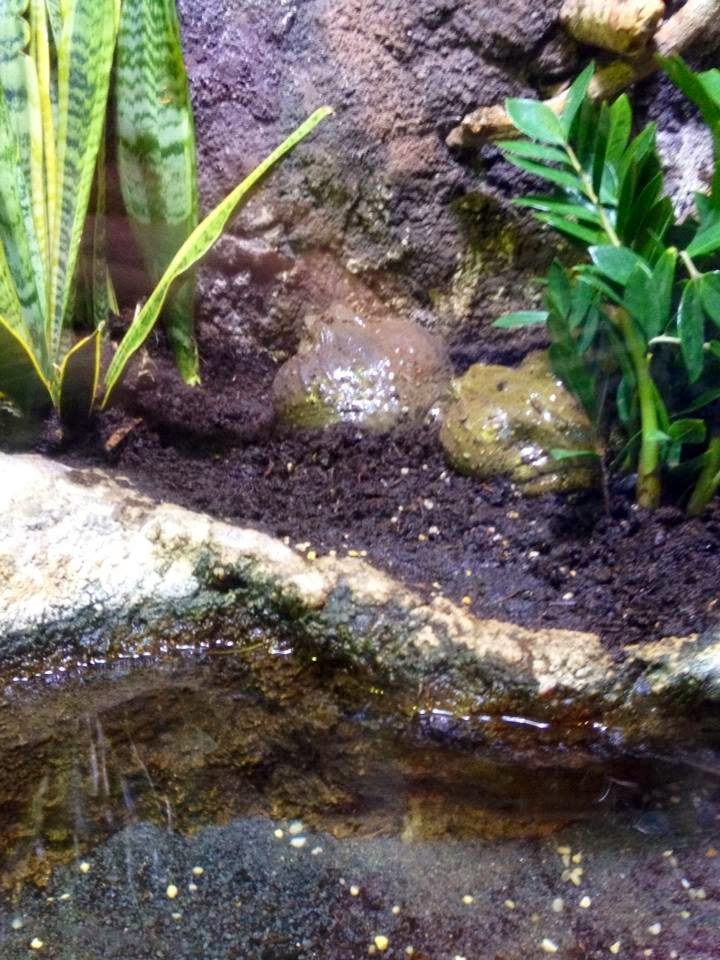 Speaking of camouflage, the Suriname Toad (at left) was definitely our favorite. We had absolutely no clue he was in his tank, along with another. He blended so perfectly and we only knew he was there when he finally moved. We lovingly renamed him the Pancake Toad, because he's superflat and just plain silly.

We saw everything from tiny tadpoles to huge toads and everything colorful, camouflage and in between. The only drawback was the enormous crowd that day. It was hard to see everything – and read everything. A lot of the frog exhibit included huge posters with information about frogs and climate change, frogs as pets, the differences between frogs and toads, etc. The touch tanks were almost impossible to get to, with so many people in front of us. There was still plenty to do and see, even with the crowd.

EJ Curran is a Delaware mom. This post is adapted from her blog, Four Little Monsters, at FourLittleMonsters.com.