The creepy black-and-white photograph on the cover of this novel caught my attention, as I’m sure it did many of this book’s readers. The photo is of a young girl dressed in very old-fashioned clothing who appears to be levitating perhaps a foot off the ground. As I flipped through the book, I found it contains other old photographs, such as a girl standing alone by a pool with two girls reflected back, a girl who holds a ball of glowing light in her hands and a young boy lifting a large boulder with one hand. I was interested to see what a book containing such strange photos was about. It had the unique ability to pull me in before I had read a single word.

Miss Peregrine’s Home for Peculiar Children is the story of 16-year-old Jacob, who is struggling with the sudden death of his beloved grandfather. Jacob witnessed his grandfather’s death at the hands of a monster in the woods, though no one believes him when he describes it. They chalk the story up to all the stories his grandfather told about a children’s home on an island he stayed in during World War II and its strange inhabitants. His grandfather even saved photos of some of the children from the home, which he shared with Jacob before his death. Jacob’s parents send him to therapy, where the psychiatrist convinces Jacob he imagined the whole thing and that his grandfather’s stories were all fiction. Jacob is left trying to move on with his life, but he remembers his grandfather’s last words about how he must find the bird on the island. Jacob convinces his father to take him to the island off the coast of Wales, and what he finds there leads him on a very strange adventure indeed.

While reading this book, I found myself questioning what is real and not right along with Jacob. The author presents a unique scenario dealing with freakshow-type children, time travel, and monsters who dwell in the island’s mist. Though this book wasn’t as scary as I thought it would be, it was still an entertaining read and kept me turning pages. I found the photographs used throughout the book to be a fun addition, but sometimes it felt like the author was writing the story to include them and not because they really needed to be part of the story. I would recommend this book for readers old enough to handle some foul language and gruesome scenes, though these are not a major part of the book. I look forward to the next installment in this series. 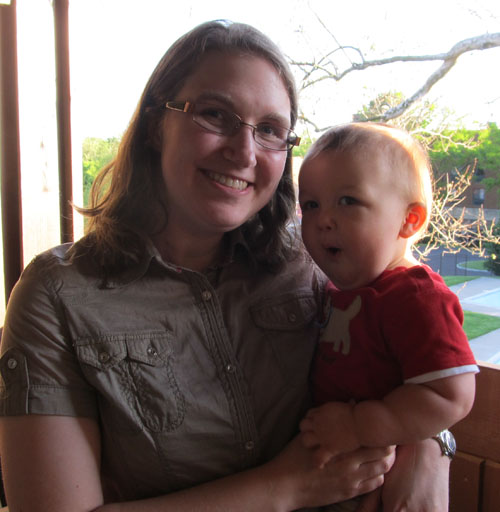 Bucks County mom Jean Ladden spends way more time reading children's books than adult books, and that's just the way she likes it. She has a Master of Fine Arts in Writing for Children and Young Adults from Chatham University and is currently raising a 1-year-old, working part-time at a neighborhood library and freelance writing. She loves to share new books as well as old via her blog, Jean's Book Reviews.