What do you do with a bag of spinach as big as your head when you're on a smoothie kick? If you're MomSpeaker Jeanne McCullough, the answer lies in a trusty Cuisinart and several handy ice cube trays.

So I'm officially jumping on the smoothie bandwagon. I've been making smoothies for a while now for the Meatball because all of the sudden he decided the only fruit he will eat are bananas. I wanted to get a variety of fruit in him, and he loves smoothies. I even got special smoothie cups with straws for both him and Red. When I pull them out of the cabinet, he gets excited and everything — totally cute.

Smoothie recipes are all over Pinterest, and there are obviously a ton of health benefits, so I started making them for myself. But I think what I love most about them is that they help me to waste less food! Bananas are over-ripe? Smoothies for dessert! Spinach is on the borderline? Toss it in the processor! I love my food processor, and although I'm sure I'll invest in one of those fancy blenders someday, my 4-cup Cuisinart works just fine for mixing up some smoothies. 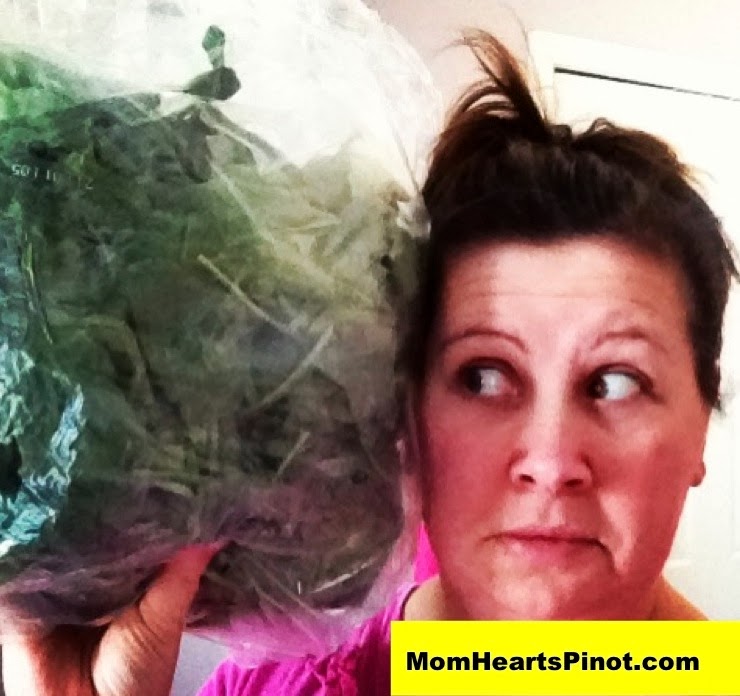 Yesterday I swung through Produce Junction, and the smallest bag of spinach they had was huge. Actually, it was friggin' huge. Seriously? This bag of spinach was bigger than my head.  but it was only $3 for all that lovely spinach, so I had to buy it. I made a salad and later a smoothie with spinach, pineapple, yogurt and some flaxseed (yeah, I got the flaxseed; I'm all healthy and whatnot). It was delicious. But I probably put just a tiny dent in all that spinach.

I looked at the friggin' huge bag of spinach and considered all the meal possibilities. But I still knew I'd never use it all before it turned to green sludge in my vegetable crisper. So I called my mom and asked her if I could freeze spinach, and she said, "Sure, you just have to blanch it first."

I googled "How to blanch spinach" and determined pretty fast that I am far too lazy to blanch it. So instead I had an idea:  I was "Pinspired" (I just coined that; is that already a word? I take credit right now). I was "Pinspired"(TM) to freeze my summer herbs in water in ice cube trays, and that worked out great! Could I do something similar with my spinach? 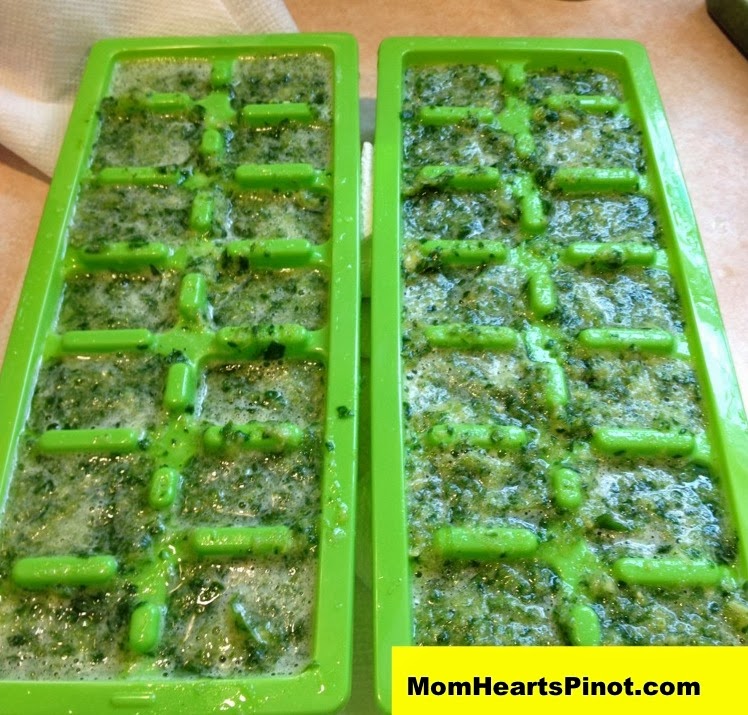 I got a huge amount of pulp from that spinach, and I still had over a full head size amount of leaves left in the bag. Seriously, I got spinach for days and smoothies for weeks. 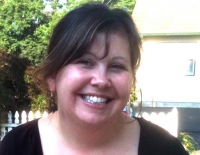 Jeanne McCullough is a Montgomery County, PA mom. This post was adapted from her blog Mom Hearts Pinot.