The Academy of Natural Sciences of Drexel University is No. 2 on MENSA's top science museum list

We love it when national organizations figure out what we already know – that Philly has world-class museums worth crowing about.

The latest group to catch on to the greatness of a local fave is MENSA, which proudly boasts the smartest membership in the United States. These intellectually gifted folks just surveyed the scientists and educators among its ranks to find out which science museums they deemed the best in the country. Philly's own Academy of Natural Sciences of Drexel University ranked No. 2 on the list, placing second only to the Smithsonian's vaunted National Air and Space Museum. Apparently, the MENSA raters appreciated the interactive nature of the Academy's exhibits.

The oldest natural history museum in America, the Academy recently celebrated its bicentennial. I first visited with my kids a couple of summers ago, where we had a blast traversing the Academy's four floors, playing the (no-longer-there) ecological mini-golf course and checking out the butterfly garden, the animal dioramas and, of course, the dino bones, including an impressive full-size T rex skeleton. We also got a big surprise when we touched something that turned out to be fossilized dino poop! 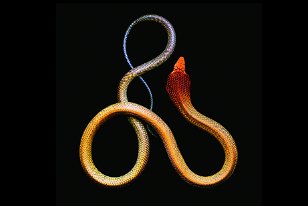 Summer's still new, so we haven't been back to explore the new exhibits, but we plan on going after the 4th festivities are over. When we do, we'll be able to see "Glow: Living Lights," all about fireflies, scorpions and sea creatures that generate their own inner light; and "Serpentine," a collection of photos celebrating the slithery beauty of some of the most colorful snakes on the planet. 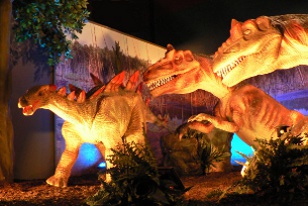 Junior entomologists will dig the 6th annual Bug Fest, the weekend of August 10, and come October 12, Dinosaurs Unearthed will bring the paleo eras to life with full-size animatronic dinos.

Do you agree with the smarties at MENSA that the Academy deserves such a high rating? Tell us your favorite things to do and see there below. And keep up with all events and exhibits going on at the Academy: Check the MetroKids calendar daily for an hour-by-hour breakdown of what's happening at this museum and tons of others in our area.