Maurice Sendak, the renowned children’s book author and artist whose 1963 Where the Wild Things Are has become part of childhood for millions around the world, has died of complications from a recent stroke. He was 83. 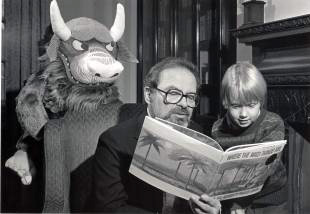 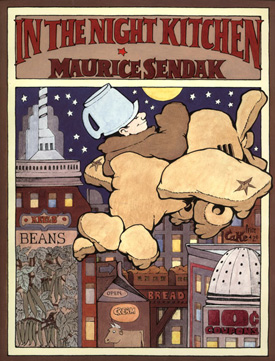 Mr. Sendak’s titles include In the Night Kitchen, Outside Over There, The Sign on Rosie’s Door, Higglety Pigglety Pop and The Nutshell Library, which includes four short books: Alligators All Around, Chicken Soup with Rice, One Was Johnny and Pierre. In September 2011, Bumble-Ardy, the first book in 30 years that he both wrote and illustrated, was published.

He also illustrated the writings of other authors, designed theatrical sets, created costumes for ballets and staged operas. He produced animated TV series based on his illustrations, including Seven Little Monsters, George and Martha and Little Bear.

“I write books that seem more suitable for children, and that's okay with me,” Mr. Sendak said in a 2003 interview. “They are a better audience and tougher critics. Kids tell you what they think, not what they think they should think."

Born and raised in Brooklyn, NY, Mr. Sendak lived and worked for nearly five decades in Ridgefield, CT. He visited the Rosenbach last month, when he came to see a new installation of his monumental-scale work, the so-called Chertoff mural, which the Rosenbach had acquired and restored beginning in 2008.