Picture books that get kids ready for Kindergarten

"Stinky Face" prepares for Kindergarten by asking all sorts of “What if” questions — some real, some ridiculous. Fortunately, Stinky Face’s mom always has the right answer. 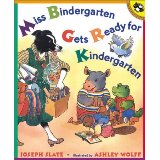 Part of the Miss Bindergarten series. Bright illustrations, rhyming and quirkily named characters for each letter of the alphabet help familiarize Kindergarteners-to-be to with this exciting next step. 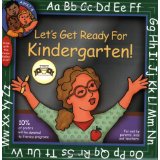 Let’s Get Ready for Kindergarten!

Meet Mrs. Good and her students in this colorfully illustrated and interactive book, written by moms for children entering Kindergarten. It introduces kids the core facets of Kindergarten curriculum, including the alphabet, numbers, shapes, colors and rhyming in an easy-to-hold and durable format. Part of a series also featuring Let’s Get Ready for First Grade and a Spanish edition of Let’s Get Ready for Kindergarten. 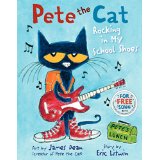 Pete the Cat: Rocking in My School Shoes

Pete the Cat explores all the fun new places at school and helps familiarize young kids with the ins and outs Kindergarten in the coolest way possible: by rocking his school shoes, in song, rhyme and dance, no less! 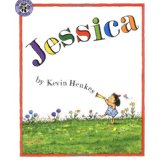 With true-to-life details, Jessica is the story of a little girl named Ruthie whose concept of her imaginary best friend (Jessica) evolves when she begins Kindergarten. 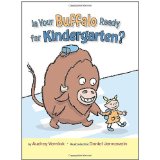 Is Your Buffalo Ready for Kindergarten?

Follow a friendly buffalo as he makes his way through the first day of Kindergarten, overcoming his worries and fears. Using an unusual type of student and silly situations, this story emphasizes the point that all types of kids can be successful and enjoy school. 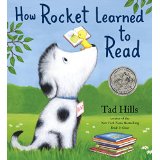 How Rocket Learned to Read

Help young children on a path to reading by introducing them to Rocket the dog and his enthusiastic teacher, a little yellow bird. Both Rocket and listeners will learn the basics of reading while charming illustrations make the learning process delightful. 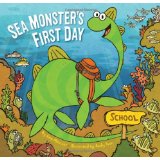 For an seaworthy spin on first-day-of-Kindergarten experiences, the frolics of Ernest the sea monster will ease children’s worries and questions about what to expect and show how much fun school can actually be. 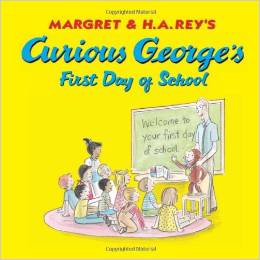 It’s the first day of Kindergarten and Curious George has been invited to be a special helper for Mr. Apple’s class, but as usual, his curiosity causes a bit of trouble! Expose children to the fun of school and engage them with included bonus activities, including a tasty recipe, word search and craft idea. 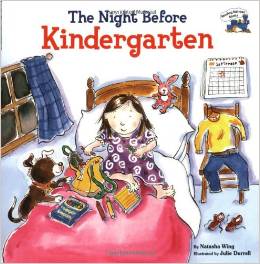 The Night Before Kindergarten

This takeoff on the classic Christmas poem follows several children as they prepare on the night before their first day of Kindergarten. Fun illustrations and a familiar rhyme make this a great story to guide young kids for how to make the most of their first day!