Tales from the Monstrosity Scrolls

Kids hitting double-digit age don’t always retain interest in kids’ bands. The trio Rainbow Beast may change that dynamic. Prog meets kindie in this complex collection of songs marked by dark and inventive imagery. Rainbow Beast sings about a place where “everything burns, including the air they’re breathing” (“Ice Girl”). This is not a world of unicorns but a place where “Cracking Up at the Goat Joint” involves surviving the prospect of being roasted by devils. This is adventurous music. 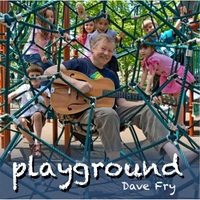 Lehigh Valley folk treasure Dave Fry returns to recording with a collection whose outstanding production takes things beyond the usual guy-with-guitar sound. Skip the unnecessary opener (:29 of kids’ playing), go right to the danceable “Jimalong Joe,” then settle in for a fun ride. Fry’s arrangements make traditional tunes like “All Around the Kitchen” sparkle. But it’s in the performance that Fry sizzles, especially in a slothful “Three Slow Snails” and a jazzy “Giants.” Support this local embodiment of the folk spirit.

Throw a Penny in the Wishing Well 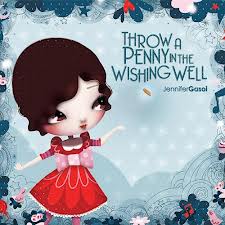 Since the Grammy nominations were announced, I’ve acquainted myself with Canadian nominee — and ultimate Grammy winner — Jennifer Gasoi. Her live performances aim at younger audiences, but this CD is a solid effort for all ages. It’s a well-produced collection that hits several musical genres, including a nice, jazzy collaboration on “Hey There Joe” with Eric Bibb.