Kids Music: For the Beach and Back to School

Late summer is a great time to educate through music with outstanding tunes that serve both the brain and the heart. Just don't forget to hit the beach first (and save the date for the Kids Corner Stage at the Philadelphia Folk Festival)!

“A Day at the Beach” by Bari Koral Family Band

“Sand in My Sandwich” by Princess Katie & Racer Steve

Save the Date: Kids Corner Stage at the Philadelphia Folk Festival

My annual Kids Corner Stage at the Philadelphia Folk Festival happens Sun., Aug. 16 at 12:30pm at the Lobby Tent (near the entrance). The lineup features local Kids Corner favorites John Flynn and Caveman Dave along with Ants on a Log and a new project by Barbara Gettes from the band Spinning Leaves.

Next page: New CDs for a schoolhouse rock-out!

When current events inspire interest in history, music helps explain that history to kids. Jonathan Sprout’s American Heroes series is one-stop shopping for songs celebrating the lives behind famous names. Other artists’ recent releases focus on Civil War–era history in exciting ways. In the spirit of Bill Harley’s legendary I’m Gonna Let It Shine: A Gathering of Voices for Freedom project, kindie artists put their unique stamp on albums combining educational and musical excellence in ways that benefit all ages. 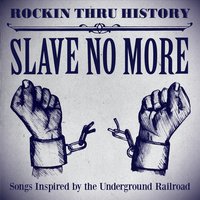 Damien Drago & Steven Courtney’s Slave No More: Songs Inspired by the Underground Railroad is the second offering in their original Rockin Thru History series. They broaden the outlook on a tough time by demystifying the “Underground Railroad” (“it was people helping people”). They don’t shy away from the realities of slavery, most poignantly in “Levi,” about a young boy on “the day the face of slavery walked by his home.” They also address the enigma of “John Brown” as both freedom-fighter and terrorist (“I just can’t figure you out!”).

Lloyd H. Miller’s work with the Deedle Deedle Dees displays a fine historical edge. He embraces new subjects in his Singalong History series, launched with Glory! Glory! Hallelujah!: An Introduction to the Civil War Era for Kids. Miller’s lyrical collaborators include Walt Whitman and Abraham Lincoln, and his songs are firmly grounded in fact. Few historical albums celebrate the achievements of animals. Here, we learn about “Baldy,” the Civil War’s toughest horse. Like Drago and Courtney, Miller introduces kids to “Henry Box Brown,” a slave who mailed himself to freedom.

US geography is well-represented in Rocknoceros’ new project, Plymouth Rockers. It’s Phase One of the trio’s dream to write a new state song for each state. This CD travels well, including songs about Florida (“The Sunshine State”), Wisconsin (“Squeakers,” a love song to cheese curds), “Colorado Rockies” and “Aloha.” A nice cover of “God Bless America” ends the CD well.

Inclusivity benefits everyone. CDs that nourish the emotional well-being of kids are fine companions to those that stimulate intellectual growth. Musical tools for families navigating gender identity, bullying and acceptance help chart a better tomorrow. Since May’s look at Cathy Fink & Marcy Marxer’s Dancin’ in the Kitchen, I’ve been delighted with new CDs that extol inclusivity through outstanding music.

Chana Rothman’s Rainbow Train is a brilliant collection of original songs celebrating gender freedom. Rothman’s music grows from the premise that sometimes kids know who they are before the world does. Her songs give voice to a range of gender expression venturing beyond traditional “pink” and “blue” boxes. Tunes like “Gender Blender” and “Boy in a Dress” echo real-life kids’ joy in being themselves. “Dress Up and Dance” is an infectious favorite.

Alastair Moock & Friends have a wish for everyone’s kids: “May they be who they are.” This spirit fills All Kinds of You and Me, a well-crafted collection summed up in the opening title, “It Takes All Kinds.” Take special note of “I Am Malala,” inspired by the young activist and inspiring more with a rhythmic message of hope. Like those on Rainbow Train, these are fun songs to lift the spirit while lifting society, finishing with an excellent “This Land Is Your Land.”

"It Takes All Kinds"