The title dessert is blackberry fool, a name that the author notes probably comes from the French word fouler, which means “mash.” (The treat consists of blackberries mashed up with vanilla and heavy cream.) Simple as the concoction is, it resonates with historic flavor as something whipped up over four centuries. The picture book’s conceit is to depict the baking of blackberry fool exactly as it would have been done in 1710, 1810, 1910 and 2010. Licking the bowl and the final taste might be the same, but the utensils, kitchens, clothing and ways to get the ingredients have changed dramatically over time. You don’t have to have a hankering for blackberry fool — though there is a recipe at the end — to appreciate the historic changes in daily life that show up in the making of a simple dessert 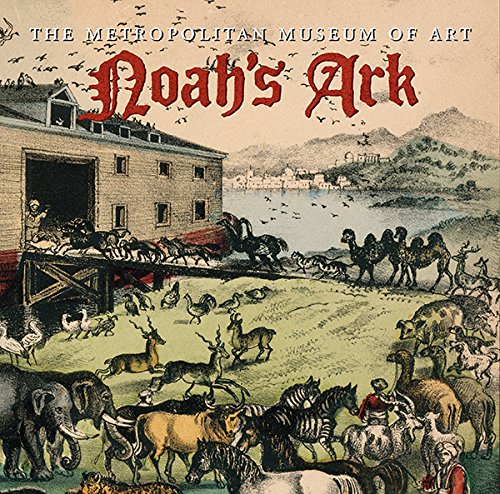 Merging images from the Metropolitan Museum of Art and words from the Bible, adapter Linda Falken tracks the depiction of the great flood from the 15th century to the 20th (represented by Marc Chagall). God speaking to Noah is the subject in a pair of 17th-century North European works, a time when the Reformation had eliminated the priest as the intercessor between man and maker. Naturalism comes to the fore in panels showing Gustave Courbet’s vivid storm engulfing the ark and the animals leaving the vessel. Two of the earliest examples portray barely seaworthy arks crowded with animals while Noah releases the dove through the roof. The enlightening book takes a cross-cultural view that says as much about the periods of the artwork as about the Biblical story.