Electrical Wizard and Randolph Caldecott: The Man Who Could Not Stop Drawing

Electrical Wizard: How Nikola Tesla Lit Up the World 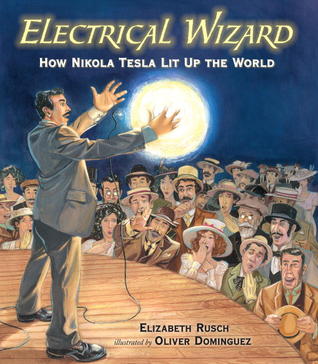 The name Nikola Tesla is not as famous as that of Thomas Edison, and it is unlikely ever to be, even with a cool electric car honoring the Serbian-born inventor. Tesla, the innovator behind alternating-current electricity, started out as an admirer of Edison’s, whom he tried to interest in his discovery, a contrast to the American’s direct-current approach. Edison was first, as Elizabeth Rusch explains in Electrical Wizard. But Tesla’s electric model, based on current running in two directions as magnets rotated, was more flexible and durable. It could travel farther and change voltage. Edison, however, having made the investment to light up cities along the Eastern seaboard (including Philadelphia) with direct current, didn’t want to yield his advantage. He even stopped Tesla from using Edison incandescent lights for the Chicago World’s Fair. The rivalry of the great inventors is well captured in the book, which concentrates on the outsized personalities involved and catches up on the science toward the end.

Randolph Caldecott: The Man Who Could Not Stop Drawing 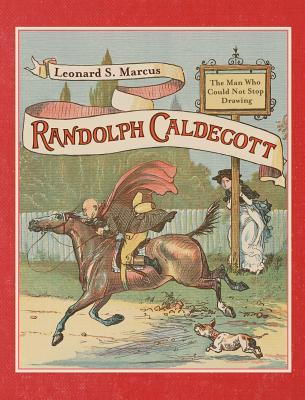 Known today as a pioneering children’s book illustrator, Randolph Caldecott’s first success was due to breaking news. After drawing a fire that destroyed a hotel in his northern
England hometown of Chester, Caldecott used the latest technology available in the Victorian era to deliver the image to the press: He rushed it to a train and into the hands of engravers at the London Illustrated News, which printed it within days. Caldecott’s move from depicting mid-19th-century real life to more fanciful children’s fare hearkened back to an earlier, easier age yet featured updates. He showed active people and designed his books with a mix of large color images and black-and-white sketches, to match his whimsical and observant nature. Though he died at age 40 after years of adventure marred by bouts of ill health, he was an inspiration to acolytes like Beatrice Potter and is eponymously honored via the Caldecott Medal. The annual children’s book award preserves his name, while Leonard S. Marcus’ admiring, fully illustrated (natch) biography revives his enchanting and vibrant work.