As Jimmy Curran wheels his way into the bustling Starbucks, everyone he passes glances down at him and smiles sympathetically. Each person creating their own idea of the kind of life Curran must lead. As a 28-year-old with spinal muscular atrophy type 2, Curran receives these looks daily. But with his new children’s book, Will the One-Winged Eagle, he is doing everything in his power to get rid of the stigma surrounding people with disabilities

Jimmy Curran was born and raised in Plymouth Meeting, PA. He has been in a wheelchair since he was two years old, but he never let that stop him from doing the things that he loved. “I loved to write,” he says. “It was how I conveyed my reality because my reality is often misperceived.”

From a young age, he would write and perform his own raps. It was his unique way of expressing himself. “My mom would drive me to the worst neighborhoods in the city and let me perform my songs,” he said. “People loved it.” The music lead him to meet Simon Illa, who is also in a wheelchair. “He inspired me to believe that I can live an independent and fulfilling life and do the things I want to do.”

Curran took this newfound inspiration and ran with it. He graduated from Temple University’s Fox School of Business with honors, landed internships in New York and Washington DC, and eventually began working as a research analyst for Independence Blue Cross. Despite his success, Curran believed that he was meant to serve an even greater purpose in life. When his nephew was born, he knew that he needed to create something that would celebrate differences and impart a lesson to young people. That’s when he got the idea for Will the One-Winged Eagle.

Will the One-Winged Eagle is a children’s picture book about an eagle born differently from other eagles. He is often teased by his peers but he remains resilient as he finds his own way of doing things. Curran says that there are many lessons for children to take from his book.

“I hope that children learn that when they encounter someone with a disability, they don’t discount them,’’ he says. “And for children with disabilities, I hope that 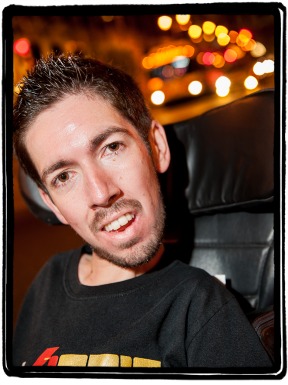 whatever obstacles they face in life, they embrace them.”

The book is illustrated by Kris Napper, a friend of Curran’s who has the same disability. Curran believed that having someone who “understood his mission and shared the same passion for changing the world” would better be able to help bring his story to life. The results are 28 pages of Dr. Seuss-style storytelling accompanied by vibrantly colored birds and backgrounds that jump from the pages.

After releasing the book, Curran went back to his old elementary school and read his book to the students. “I was nervous that kids would be difficult to engage,” he says, “but they were able to read between the lines and grasp the message.” He described the moment where one student asked to shake his hand. “There are adults who won’t even shake my hand,” he says. “He treated me as a normal person. I believe I’m definitely making an impact.”

Curran’s success with the first school lead him to create a series of visits to 12 local schools. He hopes to expand his visits to Australia and England.

Jimmy Curran is starting conversations, breaking down myths, and changing the world. Will the One-Winged Eagle is just the beginning.

Jada Davis was a spring 2018 intern for MetroKids and a Temple University Student.