Did your kids make it to midnight on New Year’s Eve? Mine did, but that’s not unusual. At 15 and 12, they’re typically up that late on weekends, checking their fantasy league rosters well past the final play of whatever football or hockey game’s on the latest and texting with their buds. 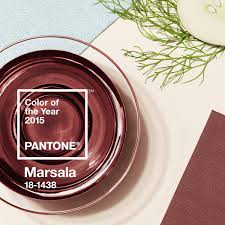 Dyeing for: Marsala, a “naturally robust and earthy wine red” is the Pantone color of the year. It’s also an easy hue to slip into just about any winter wardrobe palette in the form of lip gloss, tights, nail polish and other accents.

Watching: Here’s hoping for one more Li'l Sebastian hologram sighting when the final season of Parks & Recreation — the smartest, sweetest workplace-family sitcom ever to air —starts Jan. 13 on NBC. (Haven’t tuned in? You’re missing out. Catch up quick on Netflix or HuluPlus.)

I don’t love that the boys are taking after my own bad night-owl habits. Their schedules don’t leave a lot of room for snooze-bar hitting or mid-day napping, and they’re often visibly tired. So my first parenting resolution of the New Year is, get the kids to bed earlier.

Honestly, that’s unlikely to happen. But I’ll make the resolution anyway, because that’s what people do, if only to solidify goals and tell ourselves we know where we need to improve. Our readers share their 2015 parenting resolutions. Here are a few more of mine.

B doesn’t stand for “bad”: My kids do well enough in school that a B tends to feel like a fail, and I get on their case — despite the fact that they always score higher when the pressure’s off. Apparently, I need to chill and take to heart the benefits of yoga discussed here. A B or two won’t keep them out of their first-choice college, right? (Someone please convince me.)

Let the boys be boys: As an unabashed girly-girl who grew up with sisters in a no-sports zone, I confess that I don’t love spending the majority of my limited free time in freezing-cold hockey rinks and wrestling gyms that smell like feet. But I do love my boys. Therefore, I resolve to do a better job at keeping up with what they love, so that when they regale me with tales of international icemen with names like Pavel and Ilya, I’m gamely going to be ready to throw stats back at them (even if I’d rather be dishing about BBC hotties with names like Colin and Benedict).

Don’t sweat the summer: After a superbusy school year, my kids would be more than happy to spend their summer days doing absolutely nothing. That’s not an option. So coming up with a slate of activities they’re excited about participating in is always a stressful exercise that begins right now, in the dead of winter. Our comprehensive camp coverage — which starts here and will last through June — is designed to help you jump this annual hurdle with ease.

Hop into the conversation and let us know what your own parenting resolutions. Maybe we can all keep each other on track over the next 12 months.