Is My Child OK? 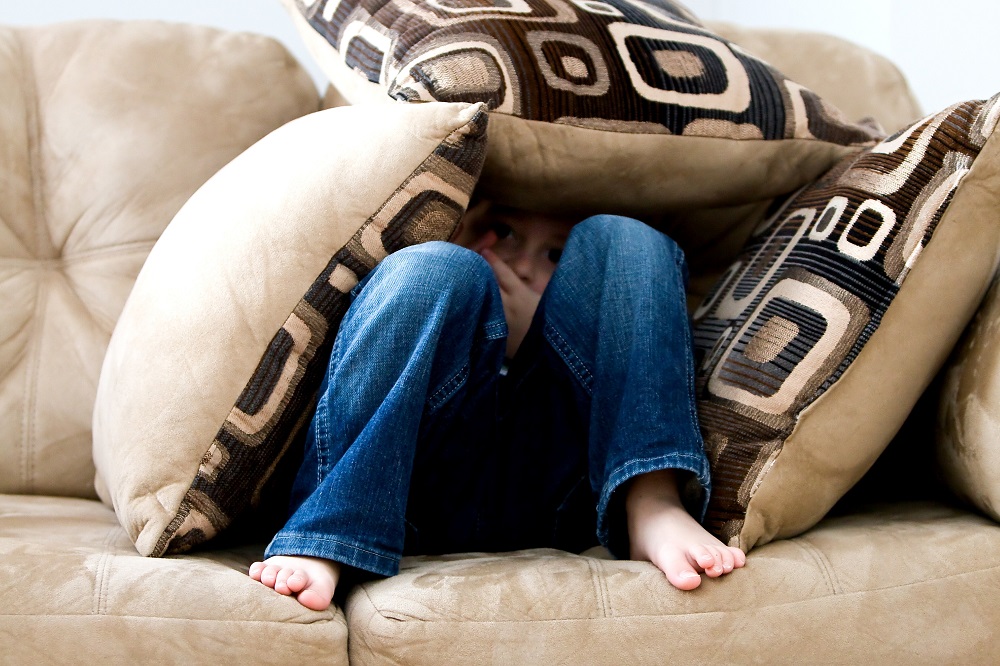 It’s a question we parents ask ourselves all the time: “Is my child OK?” As parents, we know there are times when our children do not seem emotionally OK. For example, perhaps a toddler seems to be throwing tantrums more often and at decibel levels that surely can’t be normal. What about a sullen teenager who always seems moody and isolates herself in her room? How about a school-aged child whose frustration in school prompts him to act out? Are these behaviors within the realm of “normal,” or should parents be alarmed?

Unfortunately, the answer to this question has been further complicated by the disruptions of the COVID-19 pandemic. For more than a year, most students learned at home, virtually. Despite their heroic teachers’ best efforts, remote learning was a trying experience for many. Finally, students are back in school and are navigating the school routine’s pressures: waking up early, being around peers for six hours a day and encountering new academic demands. Naturally, we should expect that our kids will need to adjust to this new experience, which may cause them to act out in ways we weren’t anticipating.

“Is my child OK?” How do we, as parents, differentiate between the normal ups and downs of the younger years versus an actual mood disorder that needs specialized care? For help, we turn to the experts.

Dr. Sean D. Pustilnik serves as the clinical director of child and adolescent psychiatry at MedStar Georgetown University Hospital. He shares that, in recent years, the general public has an increased awareness about the importance of fostering mental wellness. But he cautions, “Mental illness and mental health are not opposites. As with physical health, the absence of an ailment doesn’t mean you’re healthy. It simply means you don’t have a disease.”

So, too, with mental health. “There are a lot of things that kids need for their well-being, like physical activity, sleep, socialization, family time and time spent outdoors,” explains Pustilnik. “During the pandemic, a lot of those things were restricted. While children may not have a diagnosable mental disorder such as depression or autism, they were not engaging in the things that we know help create optimal well-being.”

So are they OK?

According to Dr. Jason A. Lewis, a psychologist and section director of mood, anxiety and trauma disorders at Children’s Hospital of Philadelphia, parents should consider several factors to determine whether their child’s mood swings are normal.

“First, we look at the severity of their symptoms compared to how their symptoms appeared in the past,” explains Lewis. “Next, we consider if their symptoms have a known cause, or did they develop out of the blue? We also consider frequency and duration: Are symptoms occurring more often and for longer periods of time? Most importantly, has the child contemplated or engaged in any self-harm? When this is true, it is always important to seek professional support. Finally, do these symptoms impair your child’s functioning?”

Pustilnik agrees. “You can research various conditions online and come up with a list of symptoms. But just the presence of these symptoms is not enough to diagnose a mental disorder. Rather, we look at how these symptoms affect various aspects of your child’s life.”

Dr. Ronald Lee, service chief of the Adolescent Male Crisis Stabilization Unit at Sheppard Pratt, adds that sometimes children in distress can be especially hurtful to the people they love most.

“Children may show severe irritability and be more prone to fighting,” says Lee. “A lot of times, their anger is directed toward family members and the people to whom they are closest. They may not mean the words they say, but their words come from their emotional distress.”

What can parents do when they recognize that their child’s mental health is not optimal? According to Lee, the first step is communication.

“Parents should make themselves available to talk with their child about how they’re feeling. Actively listen to them, without any distractions, to understand where they are coming from,” he advises.

He also recommends that parents reach out to other people in your child’s network.

“Many kids already have a baseline hard time communicating and may shut down further as a result of poor mental functioning,” says Lee. “Therefore, it may be helpful to reach out to the child’s teachers, school counselor or friends to find out how they are doing in other settings.”

Model the coping skills you’d like your children to use.

“Kids learn a lot from what they see around them,” says Lewis. “We’re all stressed. But parents should try to model successful ways of coping, (which) includes a variety of skills, such as using good problem-solving strategies, effective self-care, engaging in prosocial activities, getting good sleep, eating well and taking care of your physical self.”

“(Social media) use is like tobacco use 50 years ago! If we could put a Surgeon General’s warning on it, we would!” says Pustilnik. “Its overuse has had a huge public health impact. It detracts from all of the healthy things kids should be doing. Social connection through a screen is not the same as in-person interaction. Parents should monitor screen time and try to limit it to two hours per day.”

The Strength of Resiliency

Growing up is tough. But adult-ing is tough, too! Just as you have good days and bad days, expect that your child will, too. If it seems like she or he is having more bad days than good, don’t hesitate to raise your concerns with your child’s pediatrician or a mental health professional.

Finally, Lewis encourages parents to go easy on themselves. “Children are far more resilient that we imagine them to be,” he says.

This piece first appeared in the December 2021 issue of MetroKids.