Miral Kotb is the creator of iLuminate, which combines her passion for technology and dance to create shows where performers are outlined in lights as they whirl across a darkened stage.

Her work earned iLuminate a spot on America’s Got Talent as well as on stage with Christina Aguilera, Black Eyed Peas, Dancing with the Stars, and at the American Music Awards. It is coming to the Merriam Theater Sept. 21 and 22.

Perhaps as fascinating as Kotb’s shows is her background and the lessons it can offer young girls who have a dual passion for tech and the arts.

Kotb earned a degree in computer science from Columbia University and went to work as a software engineer. As she developed apps for iPhones, she had an idea for dancers who would wear costumes illuminated wirelessly. Eventually, the idea became iLuminate.

MetroKids asked Kotb to tell us about her journey from loving STEM and dance as a child to combining them in her career. We also asked her to offer advice for girls who find themselves with the same dual passions.

An early interest in computers and dance

Were you interested in technology from a young age and did you find enough opportunities and encouragement to make it easy to pursue your interests?

“Math was always my favorite subject when I was young. Then, when I was 9, my parents got a desktop for our house. I was very curious about how it worked and started playing around. I was lucky to have parents who noticed my intrigue and placed me in a beginner’s BASIC programming class. I continued to write software for fun. I did not have many people in my life who were into computers nor where there any camps I could attend. It was very much a self-motivated exploration, and still to this day, a lot of the work I do stems from self-education.”

Were you also interested in dance from a young age?

“I started dancing as soon as I could walk! My Father is a dancer and performed throughout my native country of Egypt and in Europe in the Egyptian Folkloric style. Because I had ADHD, it was hard to put me in dance classes because I was very hyper and had difficulties paying attention. But as I got older, I was able to start taking classes where I hone my dance skills and performing.”

A vision to help tech people 'get' art 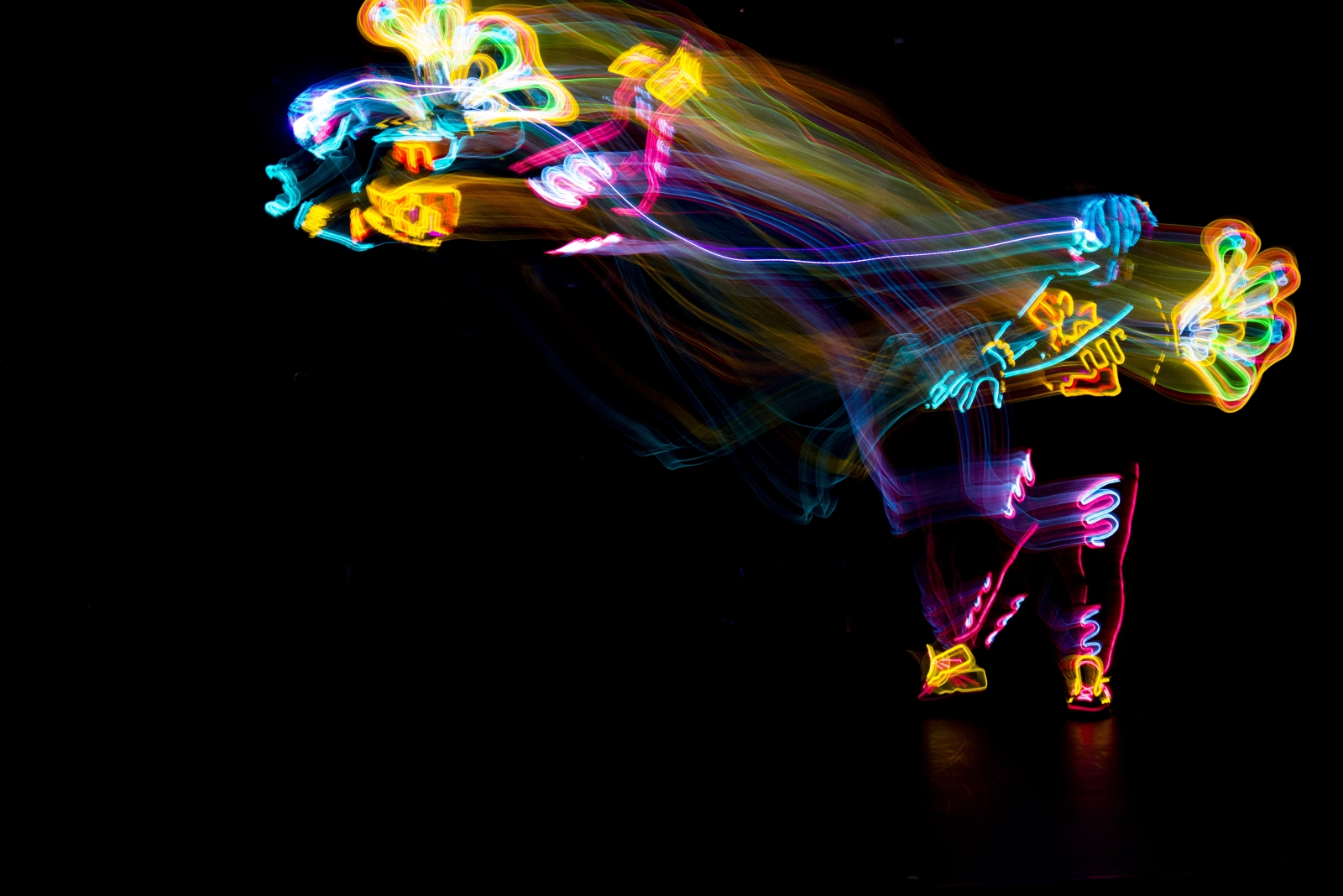 What was it about apps that led you to think about developing lighting technology for performances?

“When I was working in software I noticed that the techy people were intimidated by performing arts and just didn’t 'get it.' I wanted to find a way to make dance more accessible to the general public and I thought adding a tech or 'cool' element to the performance would be great. This was about 9 years ago, when Wi-Fi was just getting popular for smaller devices. So, after much exploration and tinkering, the idea behind iLuminate came to life."

Were the people you worked with receptive to your ideas?

“I was so lucky to have the right people in my life. I brought in a friend from Bloomberg to work on the initial software, and had a family friend, a hardware engineer, who helped develop the wearable hardware. The people around me at the time could not see my long-term vision, so I had to self-finance my venture in order to get my idea off the ground.”

A 'girly-girl' who talks the tech talk

Have you found many other women who share this passion of combining tech and art? What are the challenges for them to pursue that?

“Before I created iLuminate, I would definitely say that not too many women shared the art/tech passion.  I had to overcome many obstacles for as long as I can remember, so being a girl in the tech world did not bother me, nor phase me at all. Now, when I speak and appear at different events I am always surprised by the number of girls who approach me afterwards sharing their love for technology and art. I think the biggest challenge women, and especially young girls, face is they do not feel they can be feminine while being in computer science.  They ask me how I am able to navigate in a predominately male industry. I tell them that they should strive to be the best that can possibly be. Don't let your gender differences influence your decisions or approach to life.  And don't feel you need to play down the 'girl' in you to fit into the tech world. I love being a girly-girl but when it comes time to talk the talk, I can keep up with the boys.”

Think up your craziest idea first

What advice would you have for a 10-year-old girl who is interested in both tech and performance but maybe doesn’t see a way to combine them?

“First, think of the craziest ideas and funniest ways you can bring performance and tech together. Once you have these ideas, it may take a while to express all the creativity in your head in a simple way others can understand. So enjoy the journey of bringing the ideas to life. Get together with friends and play around with concepts. Make new friends whose interests may not match yours and learn more about each other's passions. Once you start playing together ideas will come to life and you will collaborate in ways you never thought would be possible. And that initial idea will have morphed into something even more beautiful.”

What do you think schools and tech companies could do to encourage more women to follow this route?

“I think that the more freedom you give in the work place, the more people will flourish. Also, giving women a voice and an idea of ownership of their ideas and tasks will help them feel important and keep them motivated. Also, don't cultivate a working environment in which the more obsessive you are about computer science the further you will go. Let the actual work speak for itself.

Personally, I love writing software, but beyond the love for software I have other interests outside of computer science. I would prefer to take a dance class than to go to hacker camp or see what the latest and greatest computer toys are out. For a long time, I let myself think this made me an inferior software developer. It took me awhile to realize that once we get past what I think of as guys flexing their nerd muscles, I am able to keep up with them when it comes to the core arguments in finding solutions and creating algorithms at work.”

Show the next generation

What’s next for you? 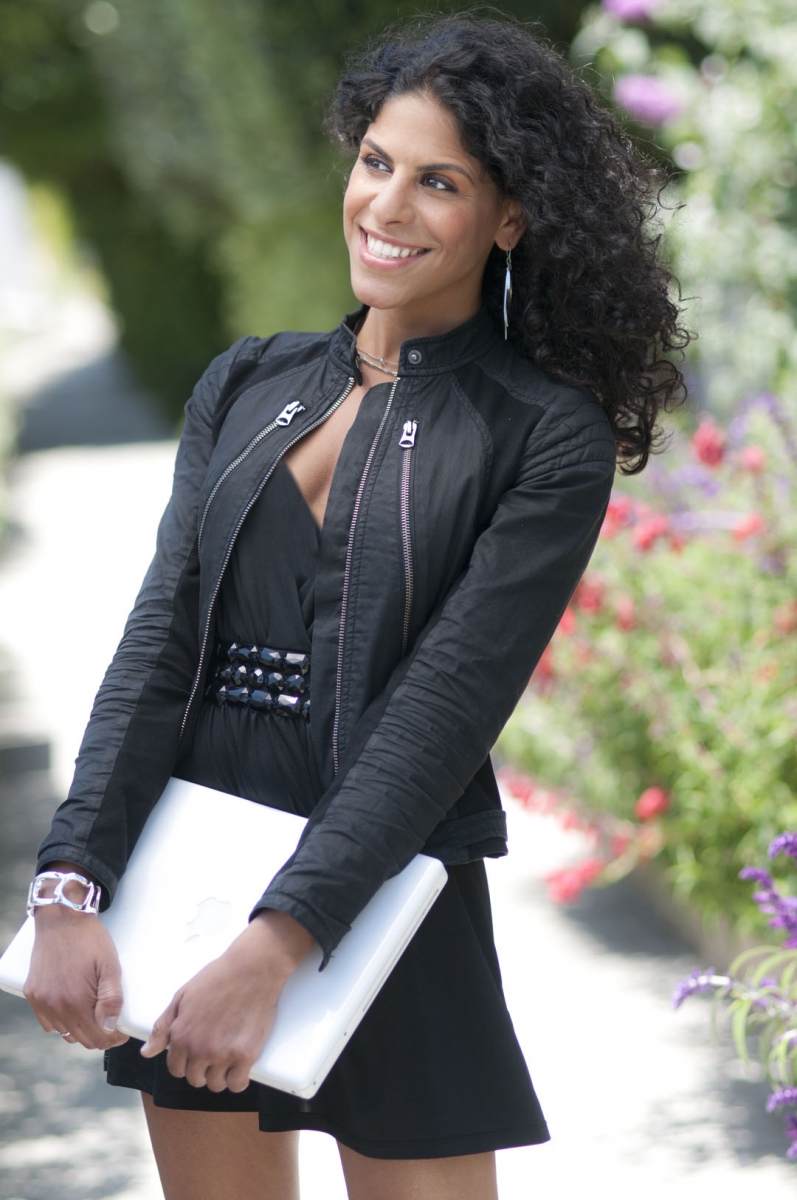 “We are exploring new technologies, such as AR and VR, and how they can be incorporated into our live shows. We are also developing our iLuminate School Program. We have partnered with several organizations, including Google and different U.S. Embassies globally, to introduce our technology to young students and encourage them to find their voices and passions at a young age. We believe collaboration with those from different backgrounds is an important skill that should be introduced early. So, for our education program, we bring together dance students, students interested in engineer and students interested in theatre and technical positions. They work together to create their own iLuminate performances, from the choreography to the light programing to building the light suits. Also, we take time to have the students share their talents. The dancers are learning to code and the engineers are learning a few dance moves. We hope to make this program available to students nationwide.”