A Preview of The Franklin Institute’s Robot Revolution Exhibit 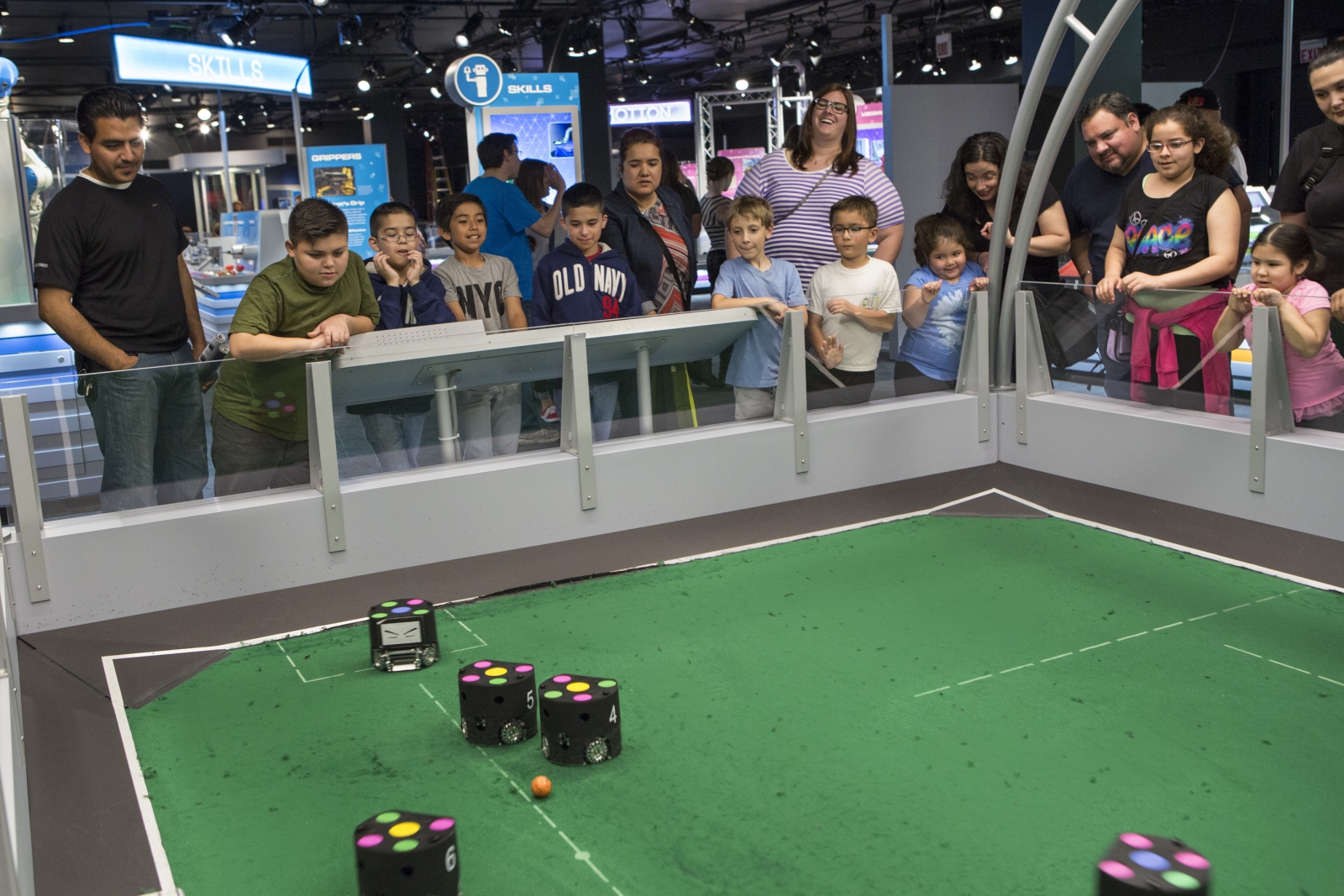 Have you ever seen robots play soccer (left)? Now is your chance! The Franklin Institute’s new special exhibit, Robot Revolution, opens Sat.,Oct. 8 and features 40 handpicked robots. More than half of the robots on display can interact with humans.

The exhibit showcases robots from four different categories: cooperation, skills, smarts and locomotion. The bots are used in various settings such as medicine, police, military, research and therapy. The exhibit developer and self-proclaimed “robot hunter” John Beckman stresses the possibility of humans and robots being friends. 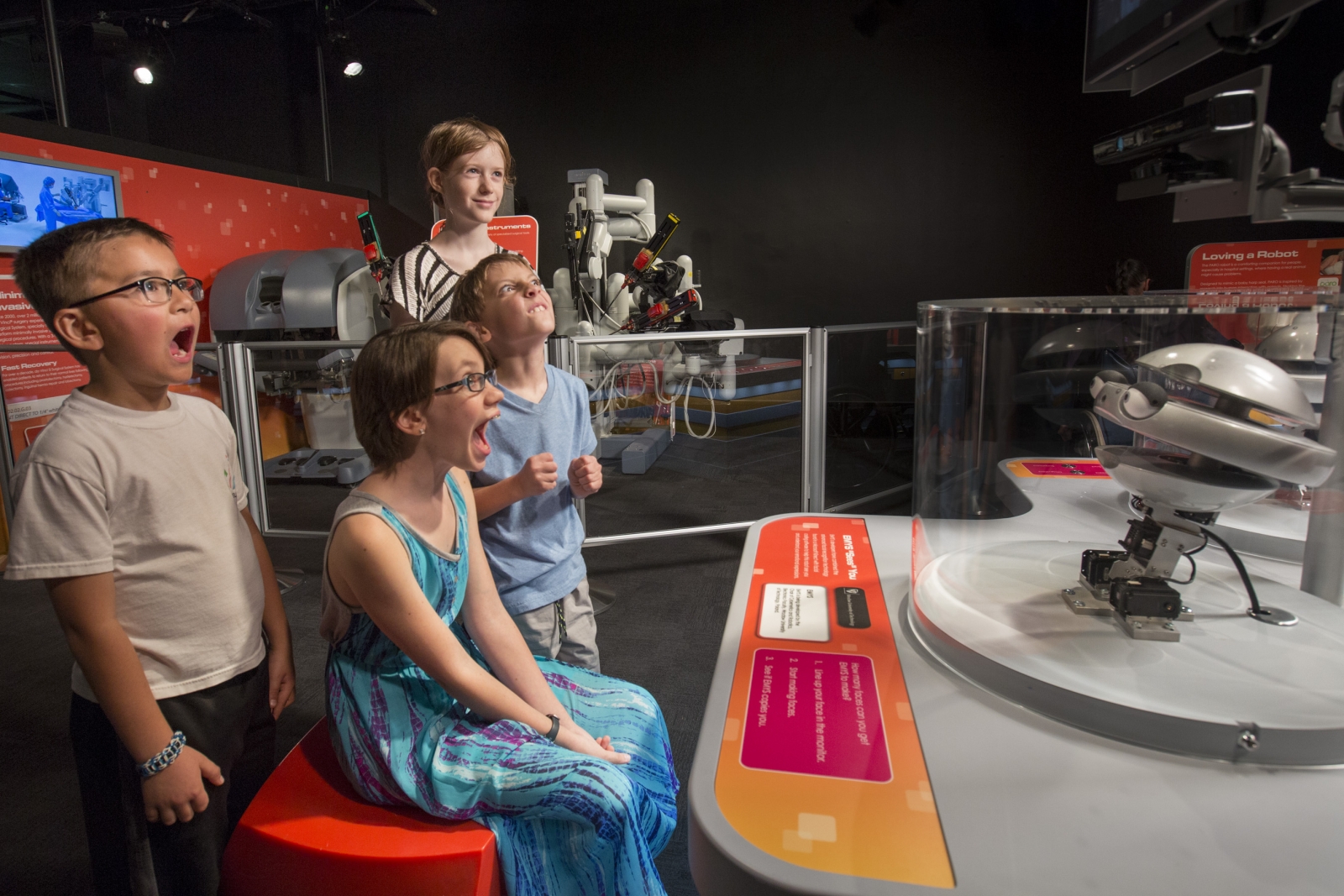 Kids can meet cooperative robots like EMYS (right), a social robot who uses facial recognition software to mimic the expressions of humans by moving its head and eyes. EMYS can portray happiness, sadness, anger, disgust, fear and surprise!

The adorable PARO, a baby harp seal robot with fluffy white fur, is used to improve the emotional and physical health of sick patients. Not only is petting PARO’s soft fur therapeutic in and of itself, but the seal can also respond to the touch with movement and sound. 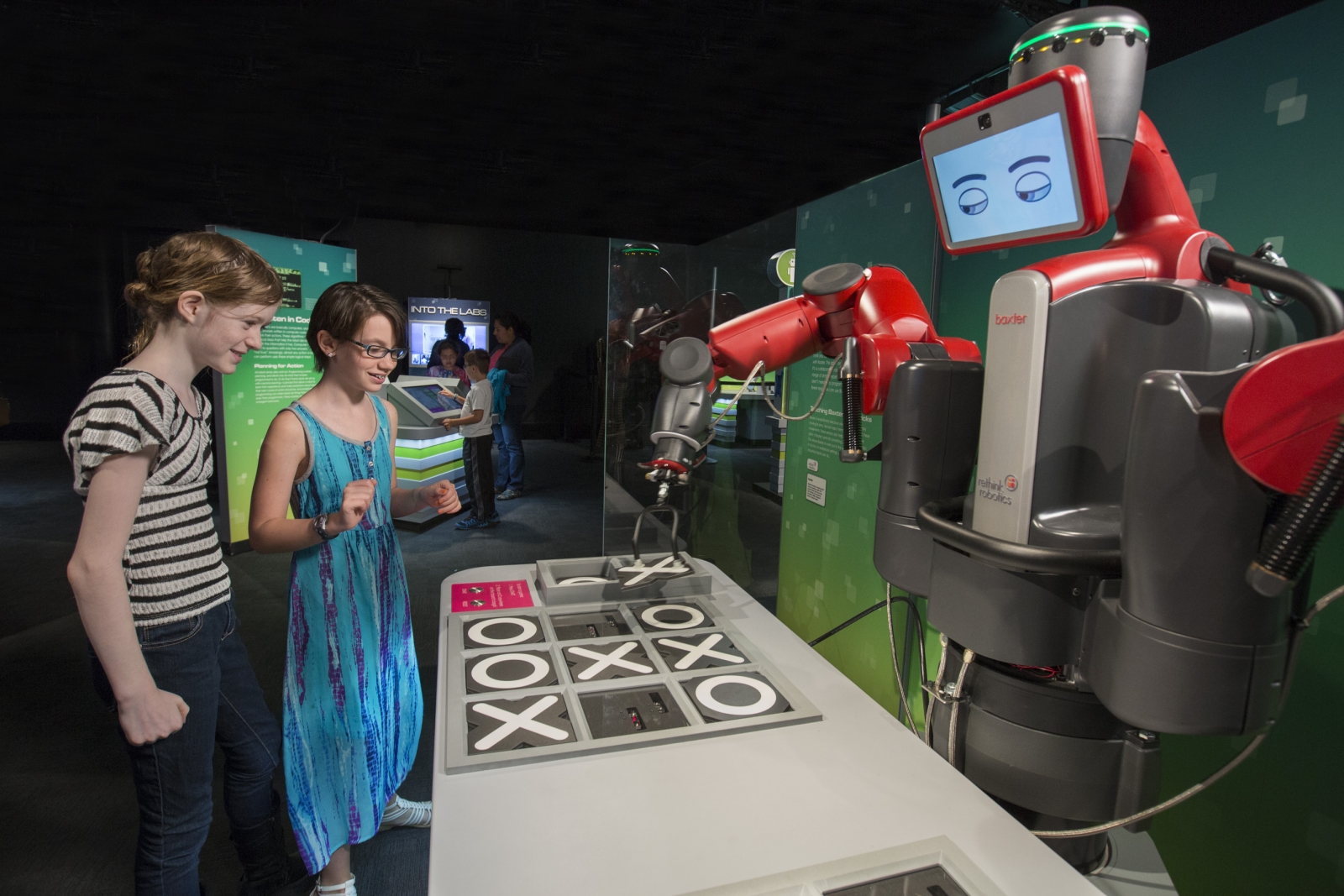 Smart robots like Baxter (left) and Cube Solver aim to impress with their ability to learn, sense, plan and act. Baxter will play tic-tac-toe with you, while the Cube Solver robot arm can finish a Rubik’s Cube in no time.

The robots alone are exciting, but what is really great about this exhibit is the clear way it explains how the bots work. According to Beckman, the purpose of Robot Revolution is to inspire young kids to become the future of engineering and programming. To foster this creativity, there are stations where kids can put their coding skills to the test. The UR5 Robot Arm allows you to teach it a sequence of basic movements, which it will then play back by memory. If you have a computer whiz on your hands, she will love this station!

The exhibit will probably be of more interest to middle-school kids due to its more intensive learning aspect, but it can be fun for younger siblings as well. Younger children can enjoy an interactive gripping station with several robots that can pick up and observe various objects with the push of a button. The pointy fingers and squeezing motions may look intimidating, but the robots are designed to grip things gently so there is no need to worry about catching fingers. 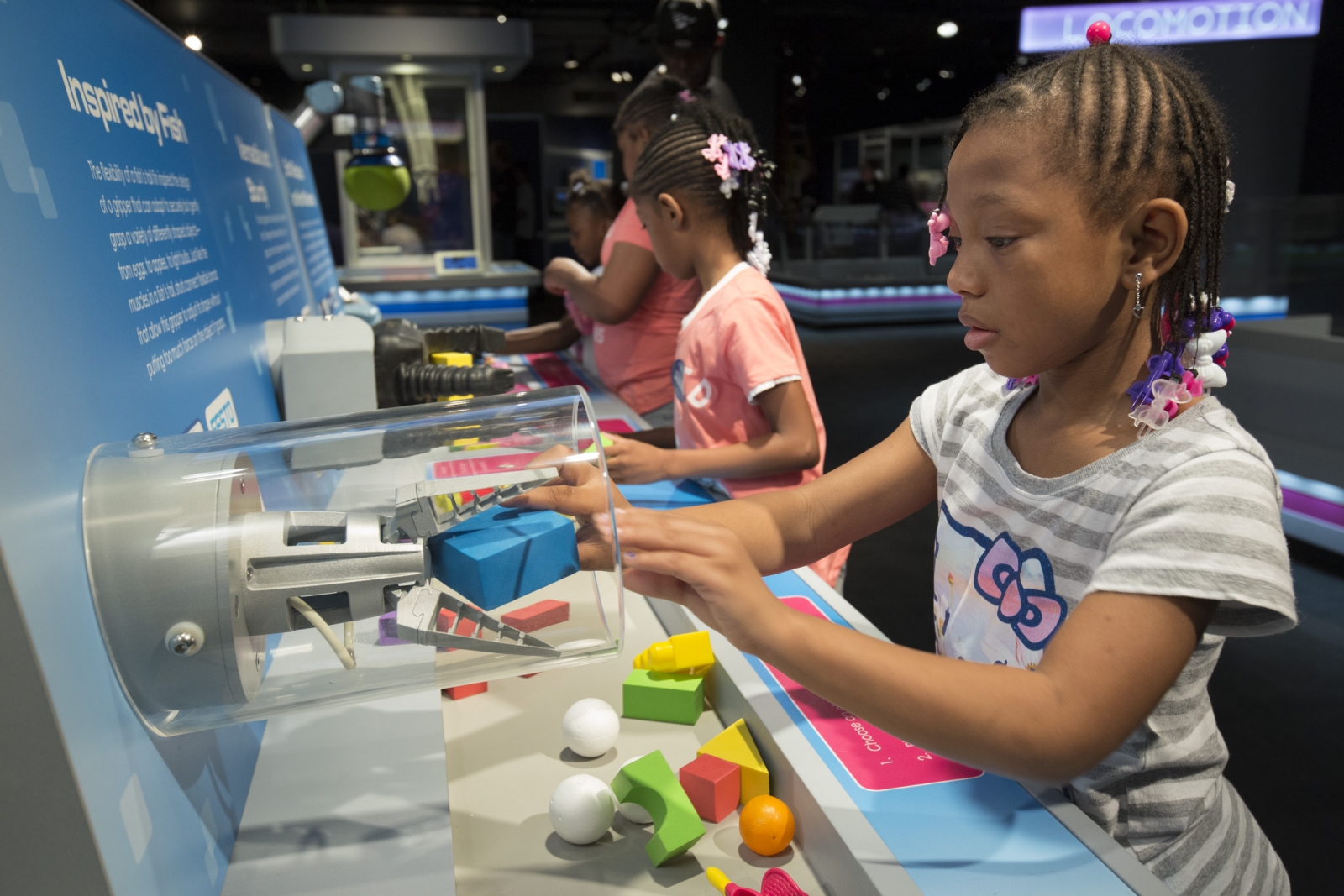 In addition to these fascinating displays, The Franklin Institute has planned a number of special events for opening day. The jam-packed schedule includes the 10th annual Battle on the Parkway hosted by The Franklin Institute’s PACTS program and the Northeast Robotics Club. Over 70 robots will battle it out for the Franklin Cup. Machines will also whirl through the air in an exciting live drone show.

Throughout Robot Revolution’s run, The Franklin Institute will hold special days highlighting themes such as 3D printing, coding, circuit building and drone racing. Visitors can also watch Robots 3D in the IMAX Theater. An after-hours event for the grownups will offer in-depth, hands-on activities in robotics.

Ariana Annunziato is a communications major at Drexel University and a co-op intern with MetroKids.