How To Make Math Matter

As parents, we value few skills more dearly than literacy. After all, reading opens the door to brand-new worlds, innovative ideas, and critical thinking. Literacy holds the key to learning.

Who doesn’t revel in their child’s first recitation of the ABCs? What proud parents don’t crow — even a little bit — if their son or daughter turns out to be an early reader?

Funny, we never hear much about early adders. Or early subtractors, or even that occasional hyper-precocious kid who seems to intuitively recognize the relationship between integers. In fact, many of us, no math geniuses ourselves, laugh off our children’s computation struggles with a “Guess she’s just like me!” comment that translates into “It’s OK if you don’t do well in math.”

It turns out it’s not okay. A study published in 2008 by the U.S. Department of Education, “The Final Report of the National Mathematics Advisory Panel,” concludes that as a nation, our math skills are declining. “There are consequences to a weakening of American independence and leadership in mathematics, the natural sciences, and engineering,” the study reports. “We risk our ability to adapt to change. We risk technological surprise to our economic viability — and to the foundations of our country’s security. National policy must ensure the healthy development of a domestic technical workforce of adequate scale with top-level skills.”

The picture’s even gloomier from a global perspective. Compared to math students around the world, our kids pretty much pale. Here’s what the 2009 National Report Card indicates 34% of students in the U.S. score at or above proficiency level in 8th-grade math, and 39%  score at proficiency level in 4th-grade math. According to the National Mathematics Advisory Panel, just 23% — not even 1 out of 4! — of U.S. students show math competency at grade 12.

What does all this, well, add up to? Seems that in this country, we don’t treat mathematics with enough respect, and our children feel the fallout. “Everyone is comfortable with reading,” says Becca Lewis, a former elementary-school teacher. “Parents have this expectation that all kids learn to read. But math is less visible. It’s harder to put in kids’ hands; you don’t have it sitting around your house, like books.”

The reality is that math matters. “It can be a gatekeeper for a lot of kids,” says Lewis, who is now a curriculum designer at DreamBox Learning, a Web-based math-learning tool geared toward elementary-school kids. “If kids don’t take enough math or score well on tests, countless education and career opportunities will be unavailable to them.”

If your kids seem blasé about the education and job ops they risk missing, maybe they’ll respond to real-life requirements: Mundane tasks such as shopping, dining out, and figuring out mileage and budgets for trips all take numbers know-how.

“You don’t need to be math literate only if you want to become an astronaut,” says Sarah Daniels, a former Stanford math major who’s now marketing vice president for DreamBox. “You can’t buy a house, balance your checkbook, or decide whether it’s better to buy a product at Costco or the grocery store without math. But in our math-starved society, we’ve forgotten that.”

Teachers try their best to get students up to speed in math. But many teachers these days are undertrained and underfunded. “Teachers frequently lack things they need, like paper or ink, or hands-on materials kids can use to model their thinking,” says Lewis. And teacher-prep programs often go light on the math content. Lewis, who learned to teach kindergarten through eighth-grade math in a program that offered a semester-long weekly math/science course, supplemented her own training with additional instruction.

It doesn’t help that no one seems to agree on teaching methods. This, of course, is nothing new. Ever since “arithmetic” became “math” with the introduction of New Math in the Space Race ’60s, coaching kids to multiply, divide, and compute algebraic equations has generated controversy. For example: Is your child’s math program based on inquiry or does it focus on the basics? Ask around; the impassioned thinking and divergent views on this topic may surprise you.

“There has been a dumbing-down of content, standards, and expectations in schools,” says Bob Brandt, a founding member of Where’s The Math?, an advocacy group that works to restore rigor to math education.

Where’s The Math? organizers call current math trends “fuzzy” and support a program that emphasizes fundamental computational skills. “If parents are technically trained, they look at their child’s math curriculum and think, ‘How will my child have the potential to do the kind of work I’m doing?’” says Brandt. 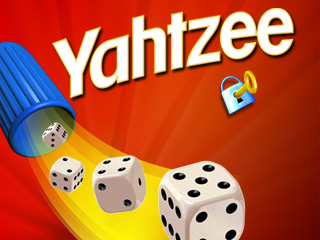 While the math-ed hotshots battle it out, where does that leave parents and kids? With any luck, at home, engaging in number-rich games and activities.

No one is asking you to solve logic problems (2nd-graders can do them, but they make grownups dizzy) or do a fact triangle (don’t ask). Simply make counting, patterns, and numbers part of your child’s routine.

Driving someplace? Notice which exit number is coming up — and show your child how they appear sequentially. If your child is a toddler, sing counting songs along the way, such as “One, Two, Buckle My Shoe.”

Read counting books to your youngster, such as Counting Crocodiles by Judy Sierra and Will Hillenbrand, Counting on Frank by Rod Clement, or My Little Counting Book by Roger Priddy. Then create your own counting book with your preschooler or kindergartener. Ask your child to draw four balls to illustrate the number four, and so on.

As kids get older, play board games with them that require math skills and score keeping, such as Yahtzee, checkers, and Chutes and Ladders.

“Add math to your child’s daily life in small ways, like a vitamin,” says Lewis. “That will help them think about math more positively.”

Excerpted from Beyond Smart: Boosting Your Child’s Social, Emotional, and Academic Potential by Linda Morgan, released March 2010 by ParentMap Books. For more information or to order, visit www.parentmap.com/beyondsmart.