New therapies and treatments for autism


For families who have a child with an autism spectrum disorder (ASD), keeping up with the latest treatments and therapies can be a challenge in itself. Several approaches have recently come into new or wider use or have been the subject of promising research studies.

A drug for social impairment

Arbaclofen, a medication used for more than 30 years to treat muscle spasms caused by multiple sclerosis, cerebral palsy and other conditions, has shown promising results in treating repetitive behaviors and impaired social and communication abilities. Robert Schultz, PhD, director of the Center for Autism Research at Children’s Hospital of Philadelphia, says that CHOP has taken part in a national clinical trial using arbaclofen. He describes the drug as “the first medicine of its kind being given to treat ASDs.”

The trial has found significant improvement in social functioning and reductions in avoidance and problem behaviors in participants with severe social impairment. Because forms of this drug have been used for decades, fewer safety concerns accompany its use than with a new drug.

A recent study reported in the Journal of Child Psychology and Psychiatry found that when children with ASDs received playground social skills training from other kids rather than a teacher or therapist, they showed greater improvement in social connectedness. Specifically, children with ASDs in general education classrooms who received peer coaching were less isolated, more likely to make friends and showed greater social skills in the classroom. “The model where an adult works directly with a child with autism just wasn’t as effective” as lessons from peers, says the study’s principal investigator, Connie Kasari, PhD.

A spokesperson for the Autism Society of America’s Greater Philadelphia chapter, while noting that the organization does not endorse particular treatments, says drama therapy is coming into wider use. 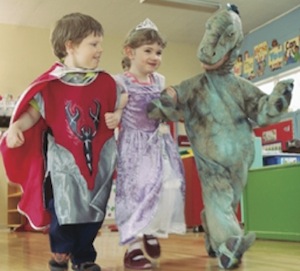 For example, Theatre Horizon, a theater company in Norristown, PA provides a drama program for individuals with ASDs that seeks to “develop flexible thinking, self-confidence, creativity, problem-solving, socialization skills and ways to communicate feelings,” says education director Leigh Mallonee. Theatre Horizon offers two Saturday classes for individuals on the autism spectrum, Youth Drama for ages 9-16 and Young Adult Playwriting for ages 17-30. The classes, which sometimes have waiting lists, begin four times per year, including a spring term that starts May 4.

In a study published in the Journal of the American Academy of Child & Adolescent Psychiatry last November, researchers found that the Early Start Denver Model (ESDM), an intensive therapy program for toddlers with ASDs, improves brain activity associated with social responsiveness. “This may be the first demonstration that a behavioral intervention for autism is associated with changes in brain function as well as positive changes in behavior,” says Tom Insel, MD, director of the National Institute of Mental Health.

ESDM was developed in the 1990s by Sally Rogers, PhD and Geraldine Dawson, PhD. It employs applied behavioral analysis techniques, emphasizing interactive play between children and adults, either parents or therapists.

Charles Abankwa is a MetroKids intern and journalism student at Temple University. Stanley Thomas is a local freelance writer.