Kids' collections of quick facts can be fun and enlightening.

Twitter-like versions of history can be refreshing, as long as trivia does not crowd out coherence altogether.

Collections of quick facts (call them historical tweets) can be enlightening. Adam Selzer’s The Smart Aleck’s Guide to American History (Random House, $15.99, young adult) may resemble a classic TV skit — Father Sarducci’s five-minute university that teaches only what you remember five years after graduating — but author Selzer is obviously someone who could learn a lot in the five minutes and convey it with a lively and fact-filled sensibility. The title sells the book short, because it is not just wisecracks. It is all of American history highlighted with interesting and supportive details. 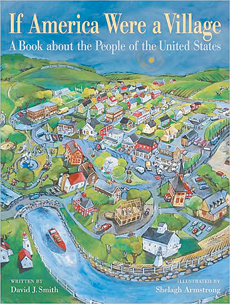 David J. Smith’s If America Were a Village: A Book About the People of the United States (Kids Can, $18.95, ages 9-12) is a census view of the country, showing percentages as though fractions of a hundred citizens, with their backgrounds, habits and history in the United States. 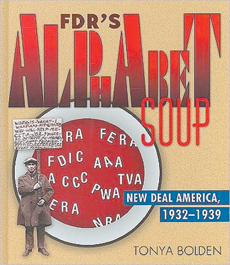 FDR’s Alphabet Soup: New Deal America 1932-1939 by Tonya Bolden (Knopf, $19.99, young adult) fashions a coherent story from the random facts that underlay the Great Depression and the New Deal’s response to it. Detail supports the narrative, which weighs the issues, the government’s response and the results as the country underwent an unprecedented economic crisis. 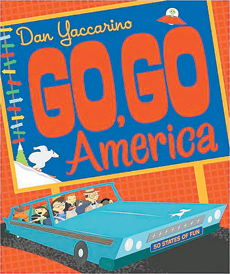 Go, Go America by Dan Yaccarino (Scholastic, $17.99, ages 9-12) is kind of a flyby with random facts about the 50 states. There is nothing wrong with random facts. Important facts can be random, but random trivial facts, as this book shows, leave you wondering how they even got in the book. Weird. 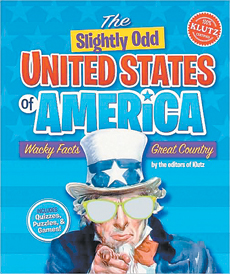 Something about the states makes authors lose all coherence. The Slightly Odd United States of America (Klutz, 12.95, ages 9-12) has 13 items about Pennsylvania, some of which are less than interesting. The book does better with Delaware and New Jersey, where some significant history or geography is mentioned (such as Delaware being only eight miles wide at its narrowest point) or interesting natives (like actor Paul Robeson being from New Jersey). But there are not enough places or facts to make the book much of a tour guide.

Some writers disguise American history as Twitter with a staccato pace but don’t stint on the information or organizations. Others use Twitter as an excuse for mere randomness, which is a little too much like tweeting.