The seventh TechGirlz Summer Camp came to a close on July 13 as the campers gathered in an auditorium at Villanova University to show their family and friends the robots they had learned how to build in just a week.

Twenty-five girls, ages 12-15, demonstrated the programming and assembling skills that they had acquired, as their robots drove around and used sensors to avoid obstacles.

During the week, the girls were taught by different STEM educators from around the Philadelphia area. They learned the basics of electronics, how to assemble and wire them, programming and even had a class on public speaking. This came in handy for their final presentations, where the girls gathered in groups and presented slideshows describing everything they had done the past week.

"One of the things that we believe helps girls relate to technology and feel good about it is forming community, forming friendships and having fun," said founder of the Philadelphia-based TechGirlz, Tracey Welson-Rossman. "We show that even when technology is an individual project it still can be a group project."

The girls shared the challenging aspects of building the robots, the solutions they had found and some of their favorite moments of the camp. They also talked about how working and learning had brought them closer together, and suggested ways in which they hoped to use what they had learned for future projects.

Finally, they presented their robots, with names like Shalissa, Banshee, T.B. and Bob. The brightly decorated robots showed off the girls' newly learned electronics skills, as their sensors guided them around the floor, preventing them from crashing.

TechGirlz is an organization that works to encourage young girls to get involved and learn skills like coding and operating electronics. In its ninth year, it has expanded across the country to help promote tech education in the form of workshops and camps. 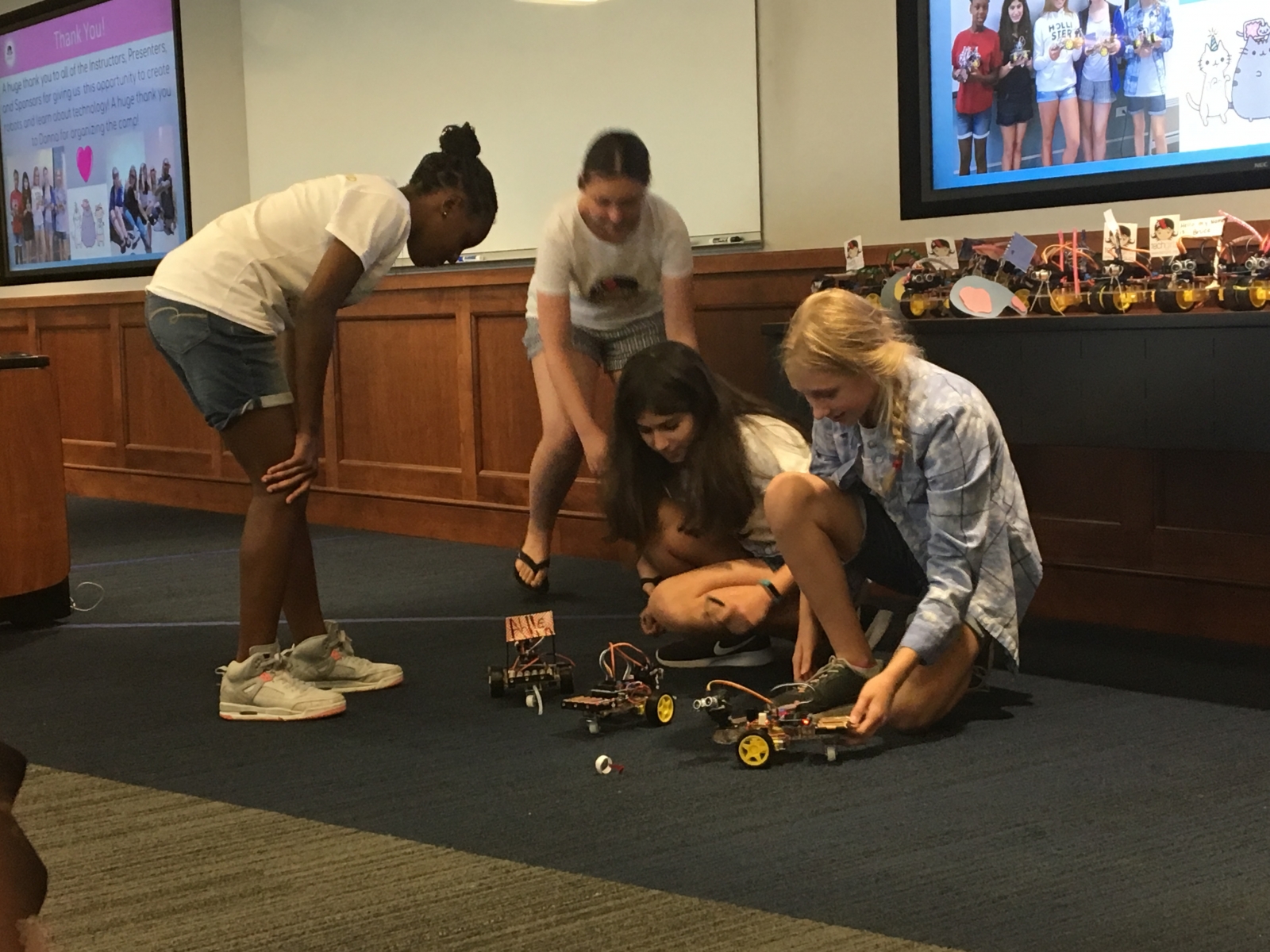 Even as the summer winds down, TechGirlz will continue to hold events and work on educating young girls everywhere. To learn more about TechGirlz, visit its website at techgirlz.org.

Ben Lowenthal is a MetroKids intern and student at Temple University.