Get the Spark Back

This Valentine's Day, turn a good marriage into a great marriage.

No matter how many paper hearts you cut out together, your kids aren’t your only Valentine — your mate should be right in the mix. During the child-rearing years, it’s easy to slip into an “ordinary” marriage as your primary roles shift from husband or wife to dad or mom. Meaningful conversation, regular date nights and spontaneous hugs take a back seat to the demands of parenting. As you and your spouse get pulled between work, chores, sports and school events, the spark that once lit up the room may start to flicker. The effort expended toward one another now goes to the kids.

How do you reach beyond the ordinary and reignite that flame? 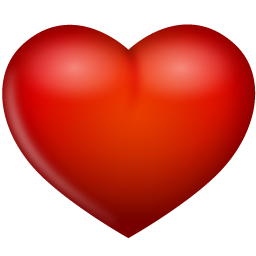 Make an intentional effort to be generous toward your spouse. A recent study from the University of Virginia’s National Marriage Project suggests that generosity in marriage — identified as “the virtue of giving good things to one’s spouse freely and abundantly” — is a key factor to connubial bliss. Small acts of kindness — bringing your partner a cup of coffee unbidden or sending a thoughtful text in the middle of the day — speak love in a special way and encourage the same behavior in return, resulting in a cycle of marital generosity.

Make forgiveness a regular habit and don’t keep score. Forgiveness is a fundamental component in marriage. However, spouses who not only forgive but then do not keep score of one another’s wrongs have a greater chance of success in resolving differences. “Couples in healthy versus unhealthy marriages have the same amount of conflict, but the outcome is completely different,” says marriage and family therapist Ron L. Deal. Healthy couples know how to work through disagreements without damaging the marital relationship. Forgiveness plays a powerful role in that equation. 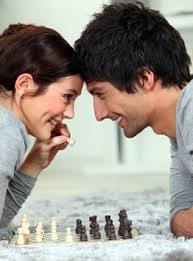 Replace criticism with gratefulness. Choosing a spirit of gratefulness diminishes the negative thinking that often leads to damaging criticism of a mate. For example, instead of criticizing a spouse for working long hours and neglecting chores at home, choosing to be thankful for such a strong commitment to provide for the family can lead to a healthier give-and-take between partners.

Engage in meaningful conversation on a regular basis. It’s easy to get stuck in a pattern of kid-related chitchat, but deeper conversations lend meaning to a marriage. “People who spend more of their day having deep discussions and less time engaging in small talk seem to be happier,” says psychologist Matthias Mehl, who published a study on the subject in 2010. We seek to find meaning in life and are driven to connect with others. When we engage in meaningful conversation with our spouse, we accomplish both, resulting in a stronger, happier relationship.

Maintain friendships with other couples. A recent article in the Wall Street Journal, “Why Friends Help Strengthen a Marriage,” speaks of the benefits of couple friendships. “Friends help you gather perspective on your relationship to your spouse,” says writer Katherine Rosman, and “draw you toward life’s big picture,” away from the minutiae of child-rearing or job hassles. Geoffrey Greif, author of Two Plus Two: Couples and Their Couple Friendships, maintains that couple friendships can play a role similar to that of a marriage mentor and help spouses see how others juggle the complexities of life in tandem — a skill that will help your relationship flourish long after the season of child-rearing eventually ends.

Freelance writer Gayla Grace, mom and stepmom to five, seeks to continuously reach beyond an ordinary relationship in her marriage of 18 years.