These past few weeks, my family has been on an obsessive lookout for Arctic Snowy Owls. No, we're not vacationing in the Arctic tundra. Since the Mid-Atlantic region is seeing huge numbers of visiting Snowy Owls this winter, unlike numbers seen in many decades, we're not traveling that far from home to find them. They're here in our wildlife refuges, along our roads, on the beaches, perched on houses, fences, light poles, buildings and in busy airports. They're in plain sight. They're right here where we live, go to school and work — right now.

According to Project SNOWStorm, a nationwide conservation and research effort for the Arctic Snowy Owl, "Birders realized something extraordinary was under way. Thousands — perhaps tens of thousands — of snowy owls were flooding south from Newfoundland to Minnesota. In some cases, birders found dozens — even hundreds — gathered in a single location." This winter, snow owls have been spotted as far south as Florida and Bermuda, with repeated sightings in Delaware, Maryland, Virginia and New Jersey.

For families, the rare Arctic Snow Owl makes a great introduction to birding. 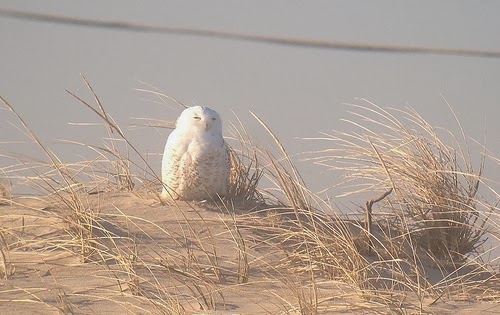 We're not expert birders — well, my mother is a serious birder, and she is certainly to blame for my recent obsession with eBird.org and piling my kids in the van to travel up and down Rte. 9 and through Bombay Hook National Wildlife Refuge day after day. With my mother being the exception in the family, we are new to the rather quiet but exciting activity of birding. Actually, I'm one of many, many new birders, thanks to the rare presence of the gorgeous Arctic Snowy Owls in our area.

In previous years, Delaware has one or two of these snow-white owls, and they typically hang out for a few days or weeks during the winter. This year, the state has identified up to 20 separate birds, and they've stayed put longer than usual and sometimes with intense loyalty to the areas they've chosen here. The first Snowy Owl was spotted around Thanksgiving at Dover Air Force Base, and the sightings only increased from there across the state. Although wildlife biologists aren't sure exactly how long the Snowy Owls are staying in Delaware, estimating a possible departure time of March, one thing is certain: Time is running out to see them.

Since the Arctic Snowy Owls aren't hiding deep in the woods and actually prefer open areas like coastlines and low perches, that makes spotting them easier for kids. Plus, they're just plain pretty.

What do we know about the Arctic Snowy Owl? What can we learn? 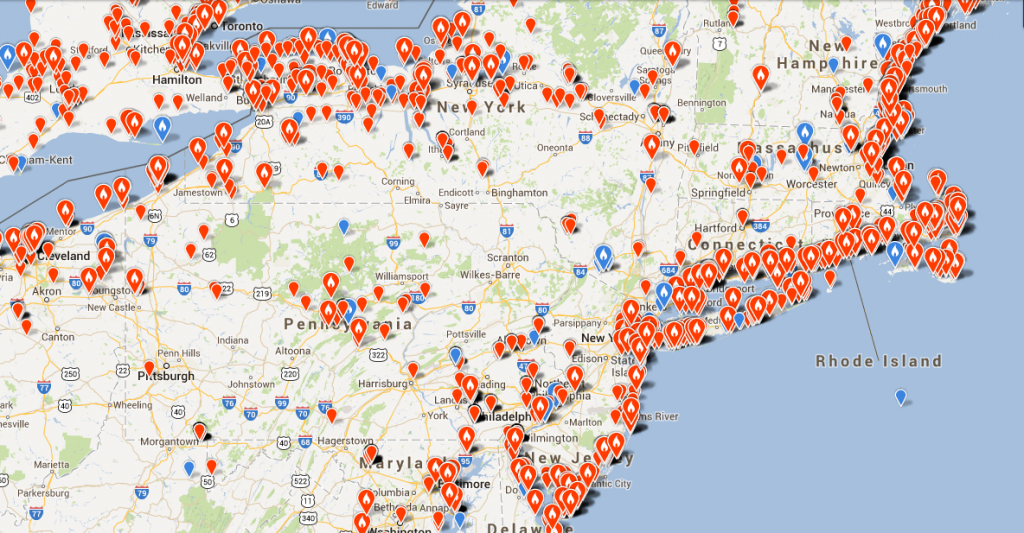 Snowy Owls spend their lives in the open, treeless tundra of the Arctic. Then, unpredictably, they move southward, a phenomenon called an "irruption." These irruptions occur every few years and in small numbers. The larger, super extraordinary irruptions such as the one we're now experiencing occur once or twice in a lifetime (the ebird.org map above tracks Snowy Owl Sightings from Nov-Dec 2013). Hint, hint . . . get your kids out searching now because you'll make a memory they won't ever forget.

Delaware's coastline and landscape is similar, though much less extreme than the Arctic tundra. The beaches and coastline offer plenty of small rodents and other food similar to what's available in the Arctic. Wildlife biologists don't know much about the local and landscape movements of the owls when they've gone south and they know little about their hunting routines and hunting range.

While there is much we don't yet know about the Arctic Snow Owls, there are some things we do know:

Wildlife biologists like those at Project SNOWStorm are learning so much from this year's major irruption, such as the fact that these owls can be extremely loyal to an area. Project SNOWStorm has documented the travels of banded Snowy Owls (five so far), including one particular owl named Philly, who prefers one of the nation's busiest airports: Philadelphia International. Many days, he's visible right from I-95. While this congested location scares birders and researchers alike, Philly doesn't want to leave. After an attempt to move him to a safer location over forty miles away in Lancaster County, Philly flew right on back to the airport over the course of three days.

Connect your family with Project SNOWStorm to help protect and learn about the Arctic Snowy Owls.

Every time my mother spots a Snowy Owl, she donates $25 to Project SNOWStorm. To get kids excited to find Snowy Owls, families can organize a donation routine similar to this. The organization has raised over $22,500 so far. Project SNOWStorm's mission states "Our goal is to take advantage of the 2013-14 Snowy Owl irruption to better understand, and ultimately conserve, this spectacular visitor from the north." It uses donated funds to buy transmitters, perform DNA and toxicology analysis and other related work.

Families can log onto Project SNOWStorm and track the Snow Owls as they travel from perch to perch and place to place. If there's a Snowy Owl near where you live, you'll know where to look. Since transmitters plot the owl's exact location every minute of every day, staying up to date on the owl's current location becomes incredibly exciting. Families can see in real-time where the owls travel during the day, hunt at night and so forth.

When tracking an Arctic Snowy Owl, make the owl's safety a priority. When introducing children and families to birding (or any adventure in the wild), seek to inspire an appreciation of the natural world and its creatures without doing harm to that environment.

Project SNOWStorm has plenty of good advice for anyone interested in locating an Arctic Snowy Owl.

EJ Curran is a Delaware mom. This post is adapted from her blog FourLittleMonsters.com.