End of a Marriage

My husband and I have been married for 18 years.

Funny that years are only described as long when we speak of marriages or jobs (or writing a book). When describing years involved raising kids, they're fast.

In our (long) 18 years of marriage, we've seen the rise and fall of many things. Appliances top the list. In this house, we have mourned the loss of washers, dryers, dishwashers, microwaves and countless coffeepots.

We've come to know the warning signs. When the dishwasher runs louder and longer, it's on its last leg, or wash. When the washer spends more time agitating than actually washing, it needs to go. (There is a metaphor there somewhere, but for the sake of this story I'll pass) When a coffee maker has to be programmed to brew an hour earlier than normal because that's how long it now takes to brew a whole pot, and while doing so it sounds like a jet plane has landed in our kitchen, it is promptly added to the death watch list.

My husband and I have been discussing the inevitable demise of our coffeepot for months, we've even taken the necessary steps in finding its final resting place and sadly, seeking its replacement. We've been in the market, we just haven't taken the plunge. ("In the market" is code for not ready to spend $200 until we know that sucker is deader than a doornail.) We've bandied about the idea of buying a Keurig. A simple purchase, one would assume, until you start to shop. And talk to friends. Then you realize that this Keurig purchase, is, well it's kind of a cult.

When talking to friends and family about the possibility, their cult instincts kick in. They are more than happy to pour you a fresh cup of their home-brewed wonder. Spinning their carousel, "Pick any flavor you like and I'll show you how fast it brews!" Caffeine pushers. What you thought was the kitchen of a friend is now an infomercial studio. "It's amazing! Whenever you want coffee, you pick one out, place your cup here and it's done. Amazing!" Joe, your use of the word "amazing" makes me feel as if you are getting a kickback from Keurig. Is this a pyramid scheme?'

I'm just not completely sold on the idea. For starters, convenience scares me. Actually, it's the expense of convenience that scares me. I've done the mental math on what it would take to stock that carousel and house enough flavors to impress my friends and potential cult followers, and its a big number.

Second, I fear it will ruin our marriage.

For 18 years, my husband and I have shared many life experiences. The purchase of our home, the births of our three children, the loss of loved ones. Through it all, there has been one constant. One thing we share together every morning, good, bad, or indifferent.

That something is a pot of coffee.

It's the tie that binds. 'Want me to brew a pot of coffee?' makes everything better.

Every morning our old pot is programmed, waking before either of us do.

On miserable cold days, it's there for us. On mornings when we've stayed out too late the night before, forgetting how old we are, the coffeepot is there.

There is just something about sharing a pot of coffee.

We even brew an after-dinner pot. It's our quiet time, just the two of us sitting and sharing a warm cup, chatting about our day. (Read: Me scrolling on the the iPad and he scrolling on the Channel Guide, but still, coffee is the common denominator.)

I fear that without that pot of coffee in the kitchen, we will start to go our separate ways.

I can already hear the early morning conversation: "Want a cup?" "No, I already had one."

That is how marriages end, people.

Sure, now it's just a simple cup of coffee, then what?

For now, I'll stick with "Old Bessy" and her gurgling and churning.

A good marriage is based on knowing what works and what doesn't.

In my mind, that pot of coffee is something we share. It's my something to look forward to at the end of the day.

It's OK that he sneaks into WaWa every morning on his way to work and I patronize any Starbucks I pass in my daily travels. As long as we come together at the end of the day and share a pot, all is right with the world.

Shivaun Williams is a Bucks County, PA writer and mom of three. This post is adapted from her blog, Dar Liomsa (In My Opinion). 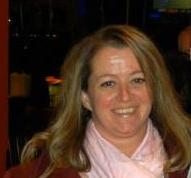