Bossa Nova beats that would be at home on a fine jazz album form the core of Jamie Broza’s latest CD for kids, I Want a Dog! —which includes a haunting cover of Antonio Carlos Jobim’s “Waters of March.” The title track is a Keb Mo’-like twangy litany of the reasons he wants a “great big furry smart lick my face lotta heart dog.” Broza is a fan of rescued dogs and donates a percentage of the album’s profits to New York’s North Shore Animal Rescue.

The non-dog songs that follow have themes like “New School” and “The No Game” that speak to the complexity of Broza’s project. “Turn That Phone Off” is a reasonable plea for Mom “to just talk to me instead.” Spoken word drop-ins like “Difficult Friends” are effectively delivered by kids’ voices. That retelling of the complaints about a birthday cake sets up “Birthday Parties Always End in Tears,” as the most realistic song about party disasters since the Verve Pipe’s “We Had to Go Home.”

A road trip with these songs could inspire some surprisingly layered conversations about the realities of childhood. And you’ll still want a dog. www.goodmoodrecords.com

Song: “Froggie Went a Courtin’,”
by Joanie Leeds & the Nightlights 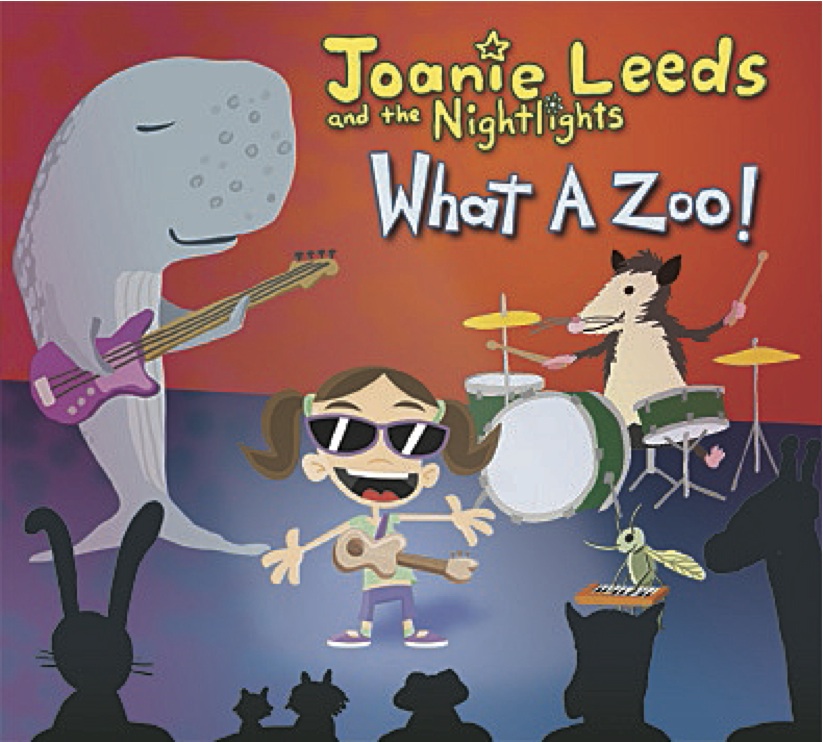 But most praise should be heaped upon Leeds for her bluesy modern interpretation of a song done to death 100 years ago. During our first play of this song on Kids Corner, my producer exclaimed, “This rocks!” When a song stops people who listen to kids’ music for a living dead in our tracks, you have to find it. www.joanieleeds.com

I’m going for the weekend April 29-May 1 to this annual gathering in Brooklyn, NY of kids’ music professionals. Consider a daytrip on May 1 for the free, all-afternoon Sunday concert featuring bright lights of kids’ music The Verve Pipe, Elizabeth Mitchell & You Are My Flower, Tim and the Space Cadets, and more. Six acts will play from 11:30am-4pm at Littlefield NYC, a performance and art space at 622 Degraw St. www.kindiefest.com