Theatre plans to expansion so it can offer schools more education programs.

Last week, young performers from five Philadelphia-area schools got the chance to perform on the stage of the historic Walnut Street Theatre.

The performance was made possible by Disney Musicals in Schools, a free program offered to a limited number of public elementary schools each year. Through the program, schools receive free performance rights and materials for 30-minute productions of famous Disney musicals like Aladdin, The Jungle Book, and The Lion King, written for elementary school performers.

Over the course of a semester, professional Teaching Artists guide school teachers through the process of mounting a musical with student performers. The goal is to train teachers with the skills they need to run a performing arts program, as well as introduce kids to the magic of musical theater. 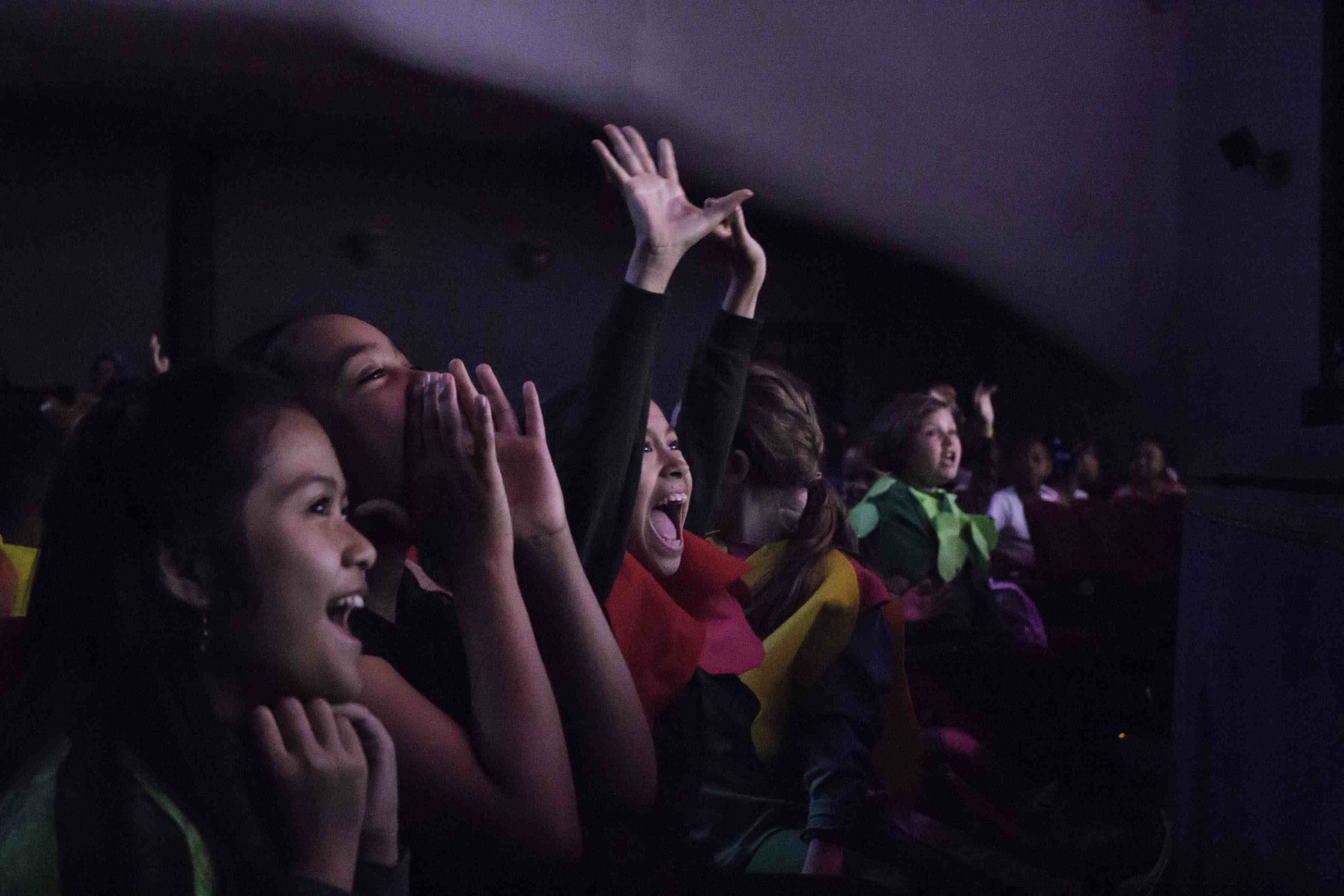 Students from MaST Community Charter School II cheer as host Hasani Allan announces the school's name during the Disney Musicals in Schools Student Share Celebration at Walnut Street Theatre on May 24, 2019. The students from MaST performed "I Wanna Be like You" from Disney's The Jungle Book: KIDS. (Photo by Colleen Claggett)

At the Disney Musicals in Schools Student Share Celebration Friday, The New Foundations Charter School introduced the audience to Baloo the Bear with “The Bare Necessities” from The Jungle Book KIDS.The kids began by singing “It Starts with a Dream,” as a theme song for the Disney program. Each school then performed a song from the musical that they'd spent 17 weeks rehearsing.

Henry C. Lea Elementary brought magic to the stage with “Friend Like Me” from Aladdin KIDS. 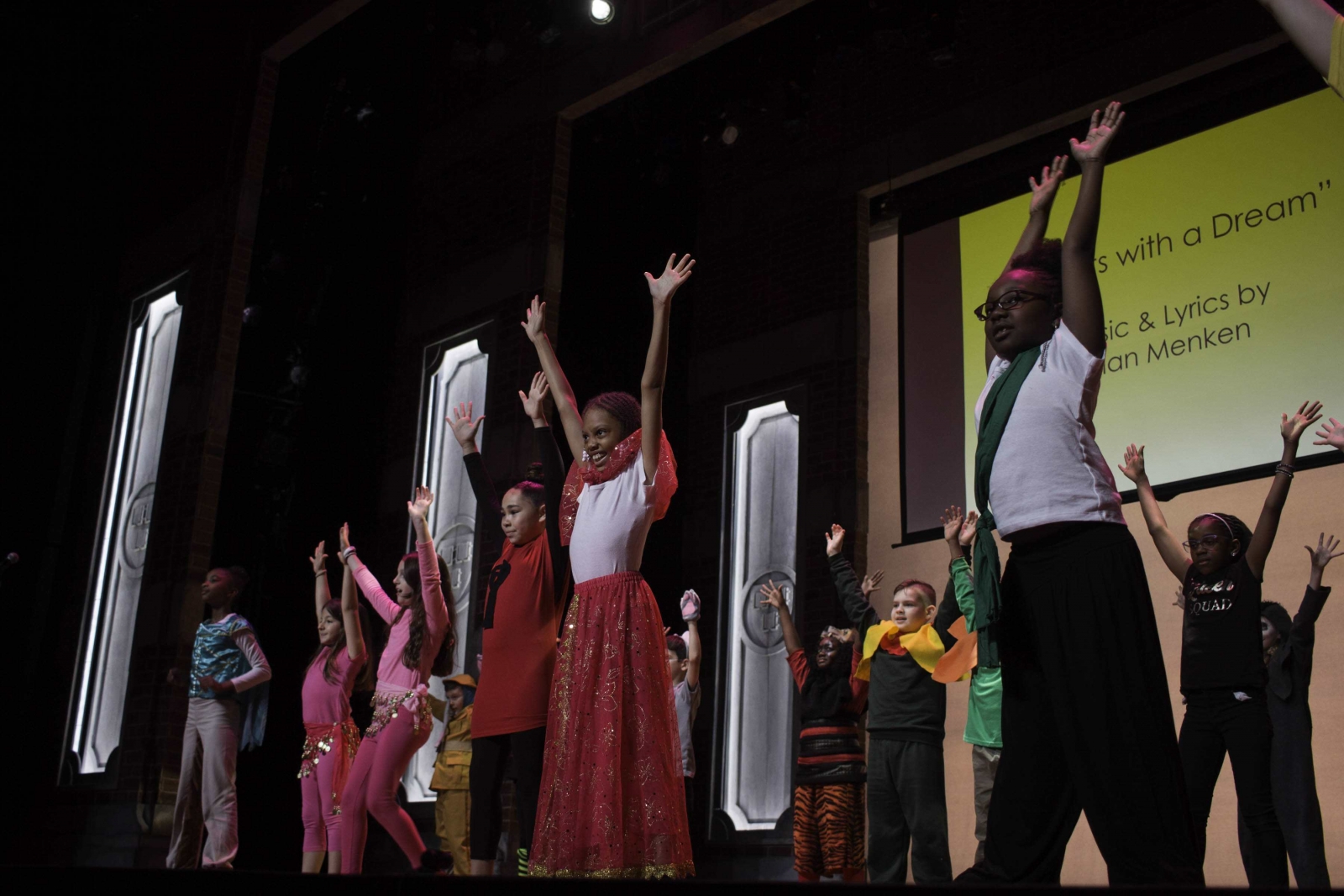 Students from five Philadelphia schools perform "It Starts With a Dream" during the Disney Musicals in Schools Student Share Celebration at the Walnut Street Theatre on May 24, 2019. (Photo by Colleen Claggett)

MaST Community Charter School II transported audience members to the jungle with “I Wanna Be Like You” from The Jungle Book KIDS.

H.B. Hackett School made the city of Agrabah come alive with “Prince Ali” from Aladdin KIDS. 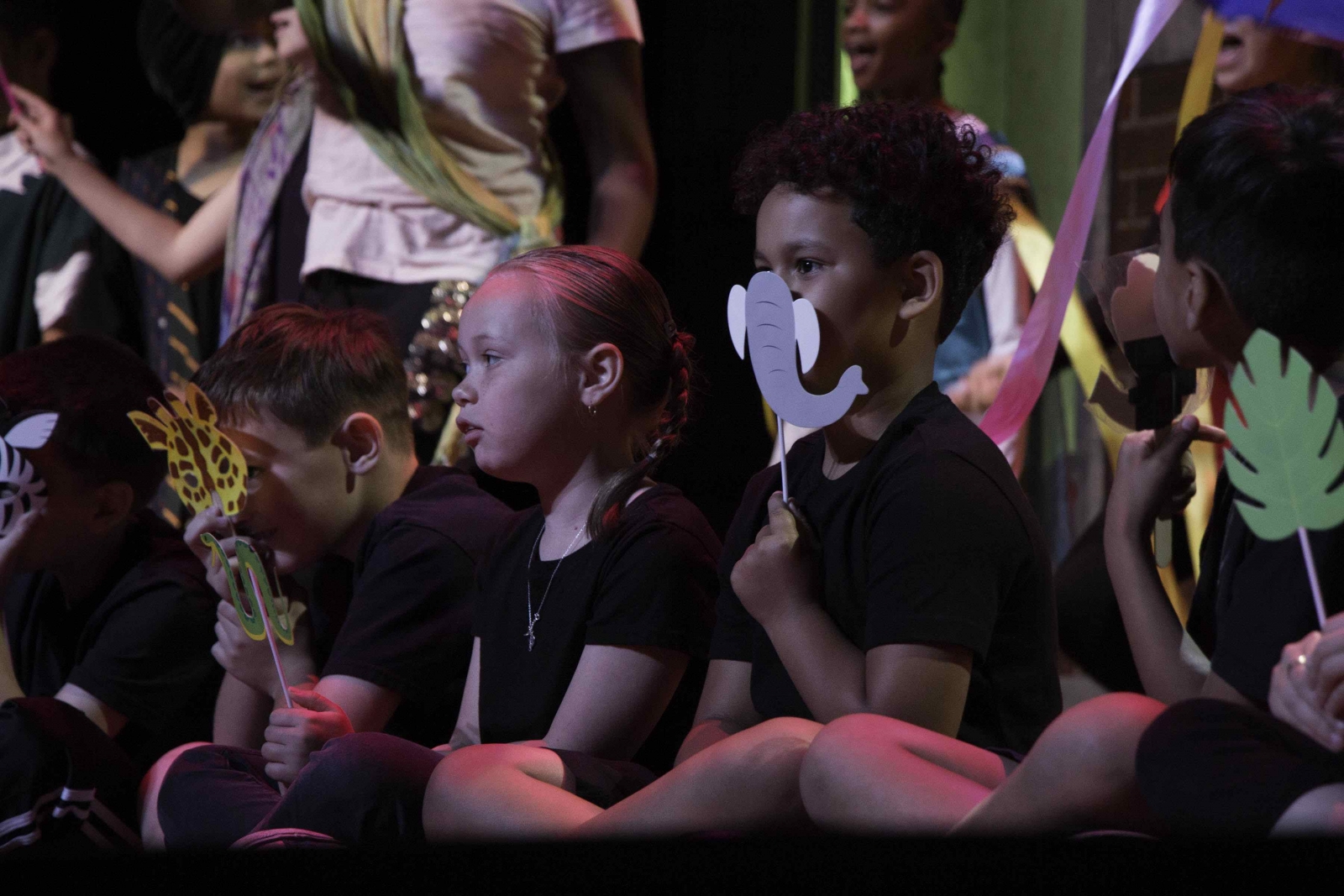 Students from Horatio B. Hackett Elementary School perform "Prince Ali" from Disney's Aladdin KIDS during the Disney Musicals in Schools Student Share Celebration at Walnut Street Theatre on May 24, 2019. (Photo by Colleen Claggett)

There was one more surprise in store. After the show, Tom Quinn, the Walnut Street Theatre’s Director of Education, invited five children to join him on stage. The kids learned that they had been awarded full scholarships to the theatre’s summer program, Camp Walnut. 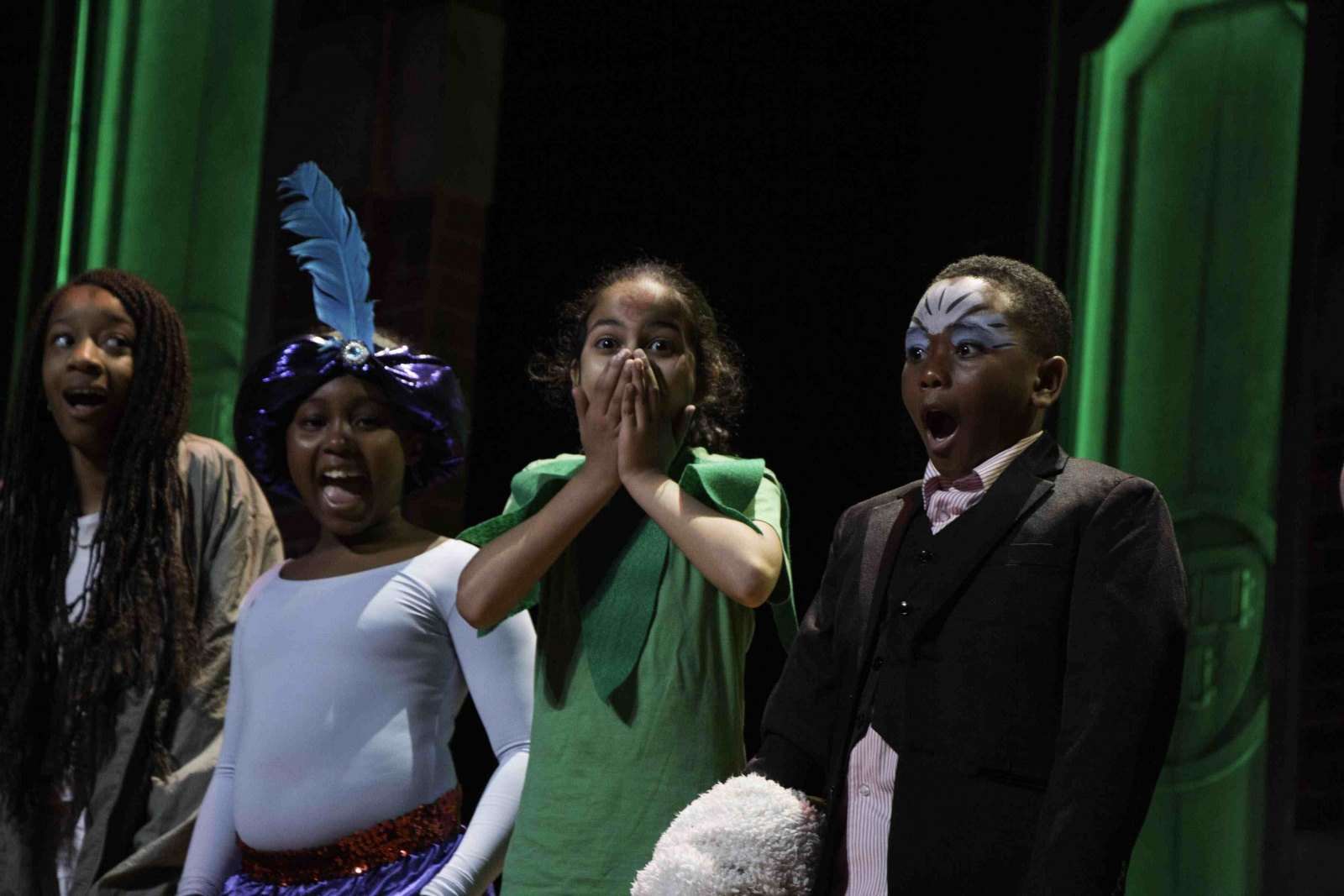 Students react after being awarded full scholarship to attend Camp Walnut, a four-week theatre camp at Walnut Street Theatre, for the summer 2019 session. One student from each of the five schools participating in the showcase received the award at the conclusion of the Disney Musicals in Schools Student Share Celebration at Walnut Street Theatre on May 24, 2019. (Photo by Colleen Claggett)

Programs such as the Disney Musicals in Schools Student Share Celebration will have more room as part of a $39 million expansion the Walnut Street Theatre announced in May that will allow it to add educational programing with new spaces for evening and weekend classes, as well as additional stage and rehearsal areas for youth productions.

The Walnut’s theater education program – already the largest in the nation serving an average of 150,000 students, teachers, and families each year, can expect exponential growth. The program includes the Theater School, where students of all ages and levels of theater experience take evening and weekend classes taught by theater professionals; Camp Walnut, a summer learning program for four weeks in July; and theater workshops with artists in residence available to schools.

The expansion will include three new classrooms, allowing the Theater School to offer a more extensive array of specialized acting, voice and dance classes.

Walnut Street Theatre Director of Education Thomas P. Quinn adds, “This new education center will provide the capacity to fulfill the needs of the schools and communities the Walnut serves in order to continue to grow as one of the city’s premiere educational resources for young people.”

The expansion will include an additional 35,000 square feet of space for education programs, two state-of-the-art rehearsal halls, and a 400-seat theater-in the-round, which will be the first of its kind in the region, as well as more space for rehearsal and performance.

The Walnut plans to use the extra space to stage more performances per year, with an emphasis on the works of Shakespeare, to extend the education program to high school students, a group that the theater has been unable to serve in the past.