Dinosaurs of the Deep

Inside the Adventure Aquarium's new exhibit

MetroKids recently attended the opening of the new Adventure Aquarium exhibit, Dinosaurs of the Deep. Here’s what we encountered during our journey. 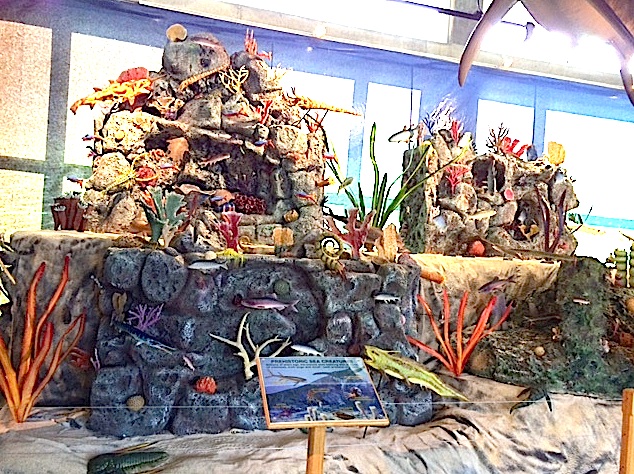 Dinosaurs of the Deep delivers on the promise of its name, displaying the deadly prehistoric marine reptiles that once were swimming in our seas. This 5,000 sq. ft. exhibit will give you an inside look of life-sized species, ancient fossils and an ancient replica of a coral reef. 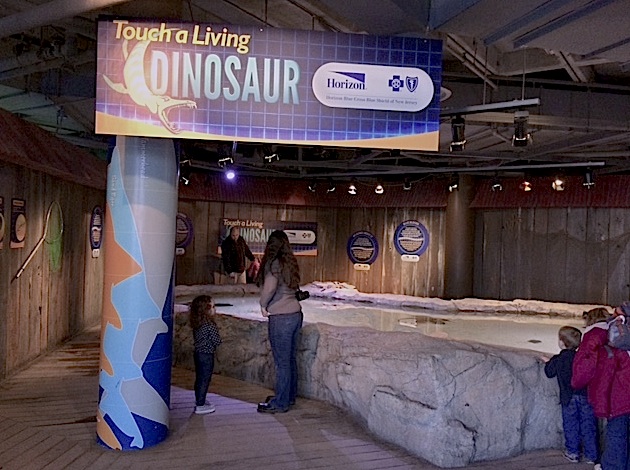 The first thing you will see as you enter the exhibit is the Elasmosaurus, a 42-ft. replica of what once was the monster of the sea.

Continue walking to encounter the Touch a Living Dinosaur exhibit, where kids can roll up their sleeves and touch what we now know as a horseshoe crab. According to my guide, Horseshoe crabs are ancient marine life that roamed the earth 200 million years before dinosaurs even existed; it is said that they are nearly half a billion years old! 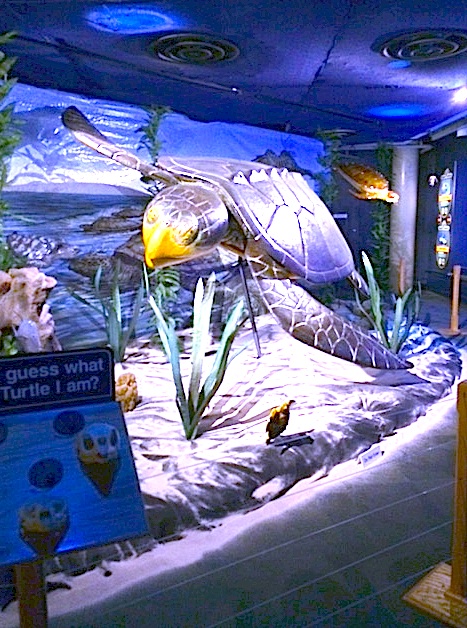 Another highlight is the 14-ft.-replica of the Archelon. an ancient ancestor of what we now call leather-back sea turtles, but double in size. My tour guide, Melissa Kanaly, told me that by comparison, the Archelon is the same size as a Volkswagen Beetle.

The biggest draw, though, is obviously the 34-foot replica of the Liopleurodon. According to Melissa, Lio was a carnivorous marine animal known as Pliosaur, who easily attacked and killed prey with his big mouth and sharp teeth. The aquarium has Lio perfectly placed so that guests can take a “selfie” with him.

This 5,000-sq.-ft.-exhibit gives plenty of space to roam. When it’s time to sit down, you can check out Sea Monsters 4D, an action-packed 4D film for kids who don’t scare too easily, for an additional fee. 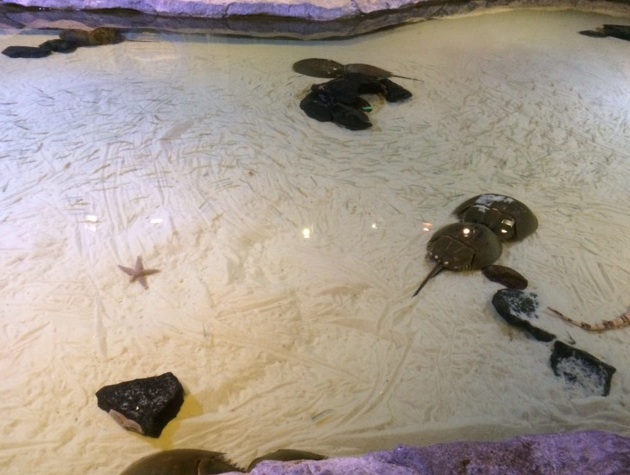 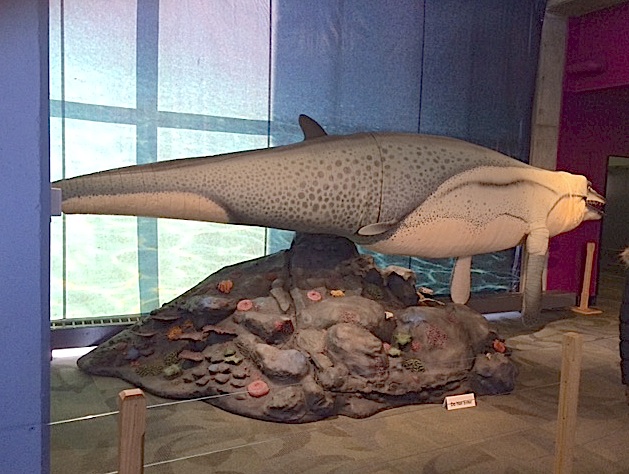 Ichtyosaurus, a fish-like lizard that can be compared in size to the modern tuna﻿ 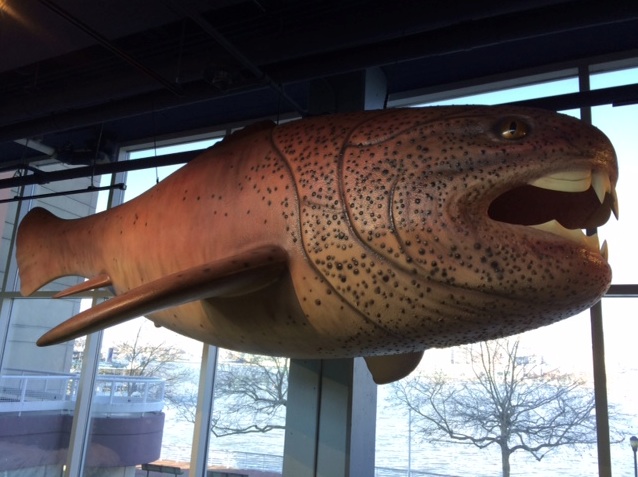 This is a 16-ft. replica of the Dunkleosteus. 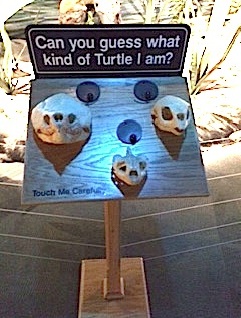 Can you guess which of these turtle heads is the Archelon?