The 2012 winners of the Newbery Medal, Caldecott Medal and other prestigious awards have been announced by the Association for Library Service to Children, a division of the American Library Association.

Dead End in Norvelt by Jack Gantos (Farrar Straus Giroux, $15.99) has won the 2012 Newbery Medal, awarded to the previous year’s “most distinguished contribution to American literature for children.”

According to the ALSC, “The importance of history and reading (so you don’t do the same 'stupid stuff' again) is at the heart of this achingly funny romp through a dying New Deal town. While mopping up epic nose bleeds, Jack narrates this screw-ball mystery in an endearing and believable voice."

“Who knew obituaries and old lady death could be this funny and this tender?” says Newbery Medal Committee Chair Viki Ash. 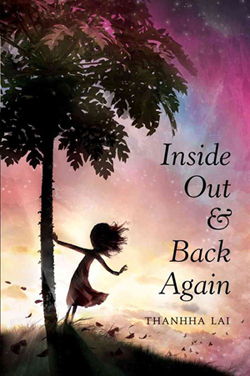 • In Inside Out & Back Again by Thanhha Lai (HarperCollins Children's Books, $15.99), Hà and her family flee war-torn Vietnam for the American South. In spare yet vivid verse, she chronicles her year-long struggle to find her place in a new and shifting world. 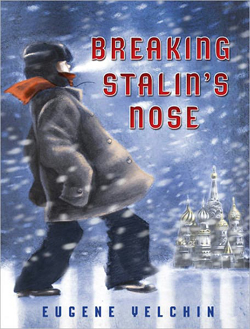 • Breaking Stalin's Nose by Eugene Yelchin (Henry Holt and Company, $15.99, begins on the eve of Sasha’s indication into the Young Pioneers. His world is overturned when his father is arrested by Stalin’s guard. Yelchin deftly crafts a stark and compelling story of a child’s lost idealism. 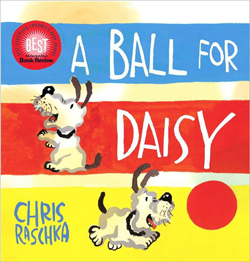 A Ball for Daisy, written and illustrated by Chris Raschka (Schwartz & Wade Books, $16.99) received the 2012 Caldecott Medal, presented by the ASLC to the artist of the most distinguished American picture book for children.

Says the ASLC: “In a wordless book with huge children’s appeal, Chris Raschka gives us the story of an irrepressible little dog whose most prized possession is accidently destroyed.  With brilliant economy of line and color, Raschka captures Daisy’s total (yet temporary) devastation. A buoyant tale of loss, recovery and friendship.”

“Chris Raschka’s deceptively simple paintings of watercolor, gouache and ink explore universal themes of love and loss that permit thousands of possible variants,” says Caldecott Medal Committee Chair Steven L. Herb. ‘A Ball for Daisy’ holds as many unique stories as there will be young readers and re-readers." 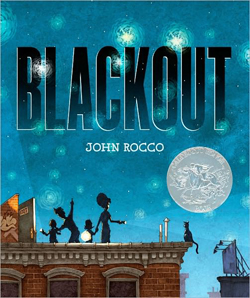 • Blackout, written and illustrated by John Rocco (Disney, $16.99). A summer’s power outage draws an urban family up to their building’s roof and then down to the street for an impromptu block party. Rocco illuminates details and characters with a playful use of light and shadow in his cartoon-style illustrations. He delivers a terrific camaraderie-filled adventure that continues even when the electricity returns. 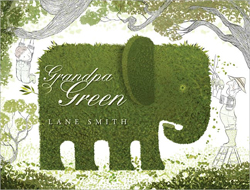 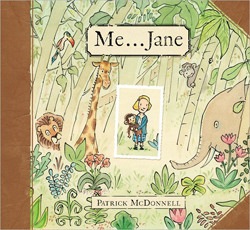 • Me … Jane, written and illustrated by Patrick McDonnell (Little, Brown and Company, $15.99) Watching the birds and squirrels in her yard, a young girl discovers the joy and wonder of nature. In delicate and precise India ink and watercolor, McDonnell depicts the awakening of a scientific spirit. A perceptive glimpse of the childhood of renowned primatologist Jane Goodall. 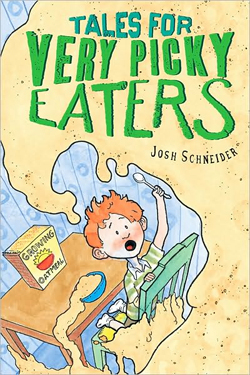 Tales for Very Picky Eaters, written and illustrated by Josh Schneider (Clarion Books, $14.99) has won the (Theodor Seuss) Geisel Award, presented by the ASLC to the year’s most distinguished American book for beginning readers.

Each of the five chapters in Tales for Very Picky Eaters recounts James’ refusal to eat yet another disgusting, smelly, repulsive, lumpy or slimy food. Not only picky eaters, but all readers will delight in the outrageous suggestions along with the off the wall rationale from his very clever dad for why he should become more adventurous in his food selections. James turns the table on his father when he decides to become more daring and bold in his meal choices and actually tries something new.

Schneider captures the attitude of the picky eater. The illustrations have a cartoon-flavor and are executed in watercolor, pen and ink, and colored pencil. “The dialogue presents some preposterous situations but even the most challenging words are presented in context so beginning readers can easily discern their meaning. The touches of humor make this book an engaging page turner,” said Geisel Award Committee Chair Carole D. Fiore. 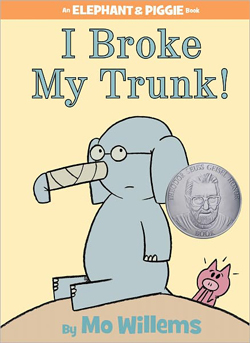 • I Broke My Trunk , written and illustrated by Mo Willems  (Hyperion Books for Children, $8.99) is an installment of Elephant and Piggie’s adventures. Piggie is very concerned because his best friend, Gerald the Elephant, has broken his trunk.  Gerald proceeds to tell Piggie a long, rambling story about how it happened. The big, bold font, easy-to-read color coded speech balloons and repetition make this a perfect book for beginning readers.  The limited vocabulary blended with the humorous situation will keep readers engrossed until the end. 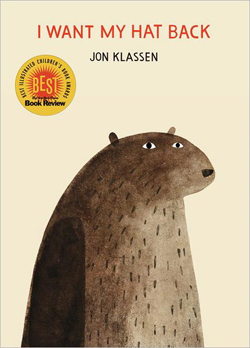 • In I Want My Hat Back, written and illustrated by Jon Klassen (Candlewick Press, $15.99), Bear loses his hat. He politely and patiently questions his fellow forest dwellers as to the whereabouts of his “red pointy hat.” Although no one admits to seeing the hat, deer helps Bear realize, “I have seen my hat.” Klassen has created a droll tale told in deadpan dialogue. The digital and Chinese ink illustrations are spare yet endearing. The text is black, brown, green and red, reflecting who is speaking thus helping the beginning reader follow the narrative. Early readers are allowed to interpret rabbit’s fate. This repetitive tale explores honesty and loss, a wry and witty offering that is truly unique. 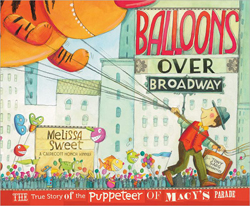 The Robert F. Sibert Medal, awarded annually to the most distinguished informational book published in the U.S. went to Balloons Over Broadway:  The True Story of the Puppeteer of Macy’s Parade by Melissa Sweet (Houghton Mifflin Books for Children, $16.99)

The story of Tony Sarg, the artistic inventor who conceived the huge balloons that float through New York City each Thanksgiving. Beginning at a very young age, his never-ending zeal for play and discovery delighted millions, and likewise, Sweet’s festive words, mixed media illustrations and thorough research, bring their own contagious joy to this celebration of his life’s creative process.

“Sweet’s book rose above all others this year by brilliantly showing and telling the story of one person’s ideas with passion and panache, demonstrating the very best of what an informational book can be,” said Sibert Medal Committee Chair Andrew Medlar. 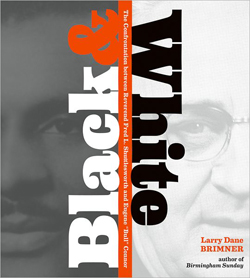 • Black & White: The Confrontation between Reverend Fred L. Shuttlesworth and Eugene ‘Bull’ Connor, written by Larry Dane Brimner (Calkins Creek, $16.95) This powerful examination of a crucial dichotomy in the civil rights movement focuses on two polar opposites—one man committed to ending segregation, and one just as determined to see it maintained—with visual elements as arresting as the stimulating words. 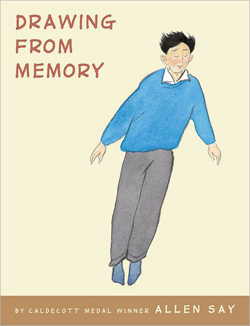 • Drawing from Memory, written and illustrated by Allen Say (Scholastic Press, $17.99). Say, an esteemed children’s book creator, engagingly relays his early training, including the influences of his family and his artistic sensei, by filling his distinct scrapbook format with captivating text and dynamic illustrative styles, from watercolors to comics, which exudes enthusiasm and talent.