Cirque du Soleil is Back at Oaks in High-Flying Fashion

In its second year under the big top in the Philadelphia suburbs, Cirque du Soleil's Amaluna sends acrobats to soaring heights.

Cirque du Soleil is back under the big top in Oaks, PA, this time with an aerial spectacle of acrobatics that will dazzle the family.

With Amaluna, Cirque returns for the second year to Route 422, a few minutes west of King of Prussia, and it comes with so many high-flying acts it's like a super-powered Olympics competition, but with better costumes, lighting, scenery, music and everybody performing simultaneously.

There is a squad on the uneven bars (a first for Cirque) and a trio that descends from the tent top on elastic bands that swing them across the arena at speeds that would be devastating if they struck anything, including each other. Then there's the teeterboard team. 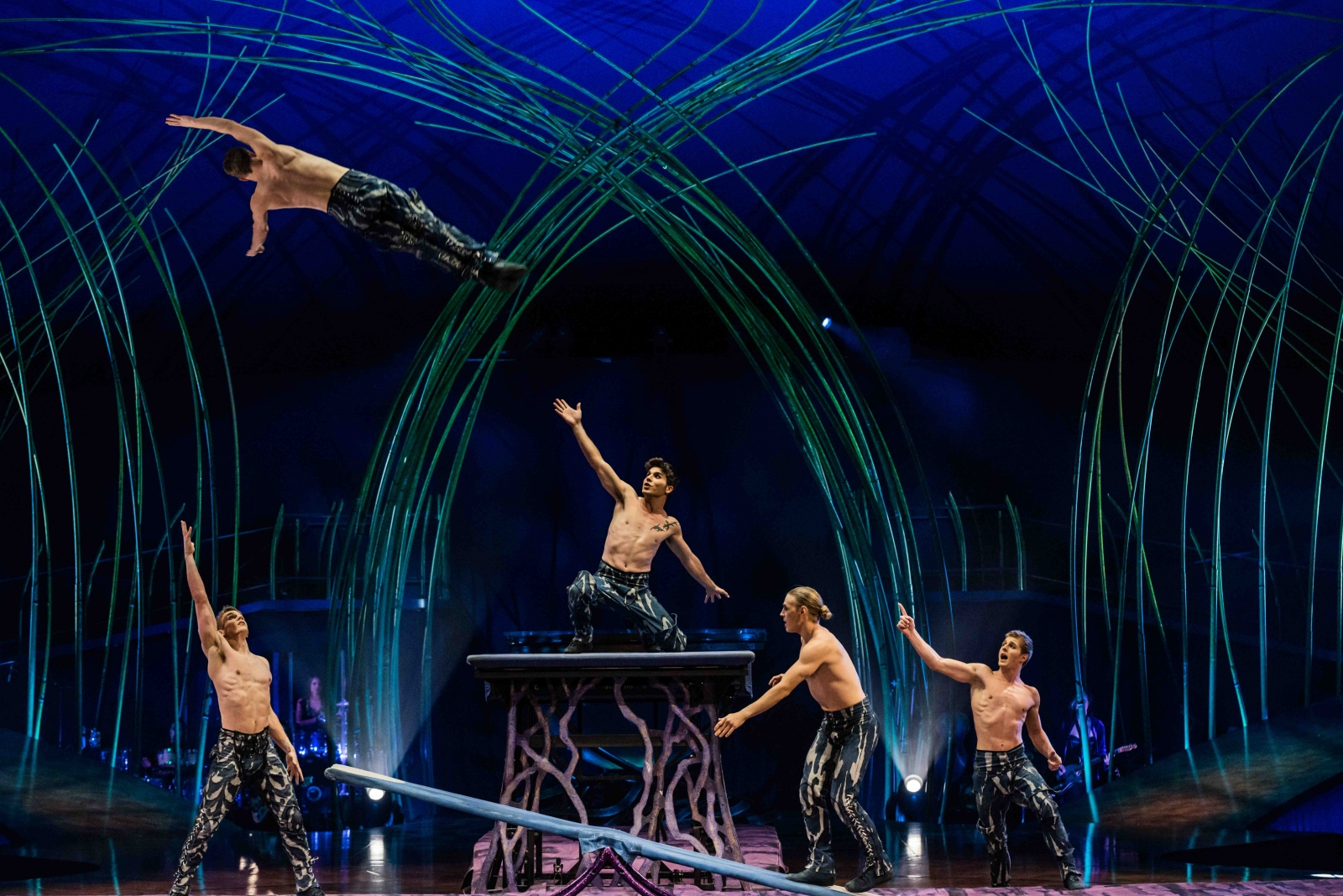 A team of young men and one woman pounce on a see-saw to fling each other into the air, head over heels over heels over heels, sometimes landing on a partner's shoulders or upturned hands, stumbling on occasion to remind you that this is live, mistakes happen and you can only fully relax when they take a bow.

Second visit to the burbs

When Cirque brought its first tent show to the Philadelphia suburbs last summer with Volta, it was our introduction to their elaborate outfits, other-wordly staging, pounding live music and feats of incredible physical dexterity.

With Amaluna, which runs through Aug. 25, Cirque brings back those same elements, but there seemed to be more energy, not to mention bodies, in the air on opening night Wednesday. 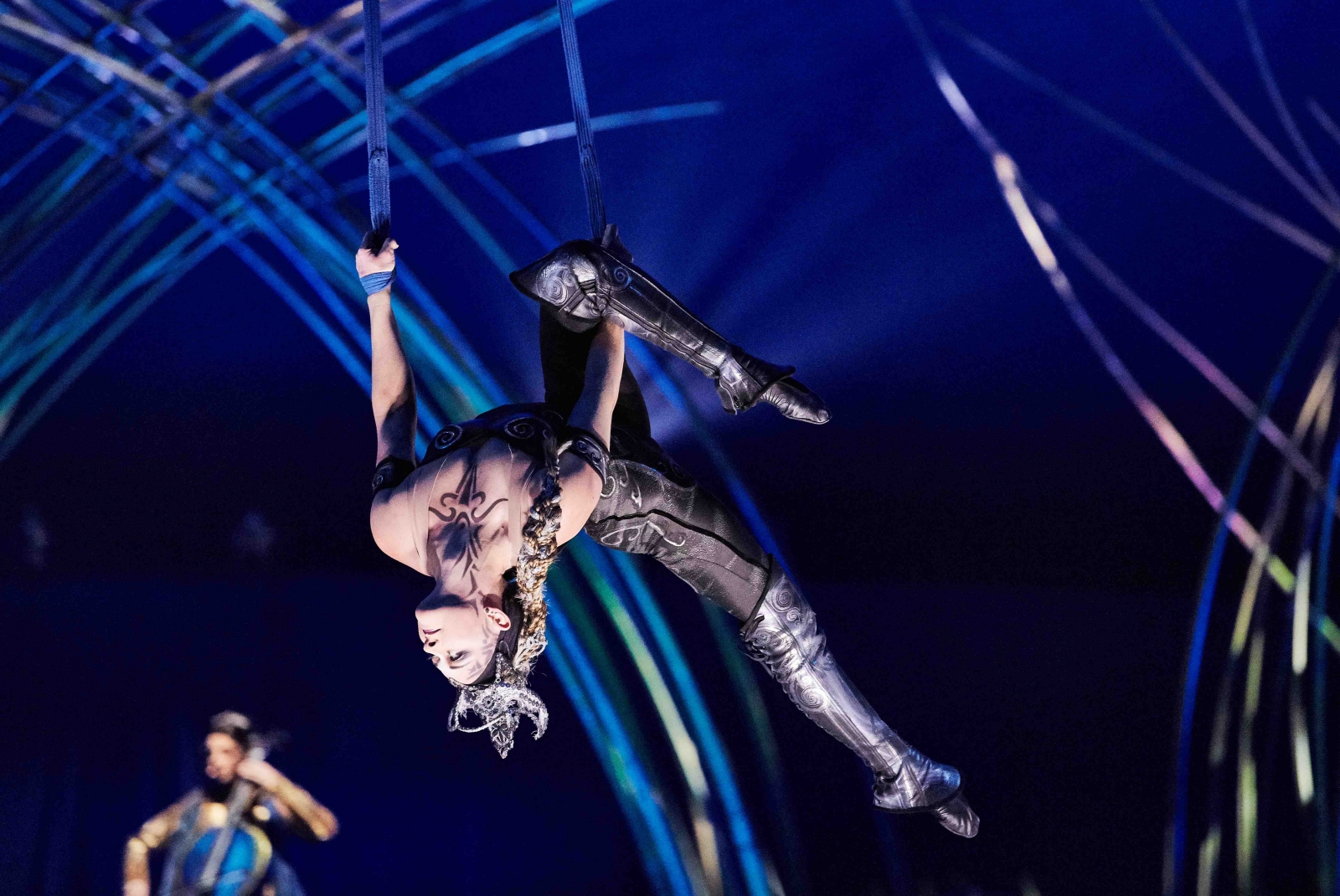 Not that the almost-two-hour performance (with intermission) was all frenetic whizbang derring-do. The show opens and closes with a simple scarf that dances in the middle of the stage, mesmerizing the audience even though you can see the fans that are making the magic happen.

Likewise there is a balancing act where a performer builds what might be called a whale skeleton by setting "bones" on each other, secured only by equilibrium. You fear for her failure if anyone in the audience so much as sneezes, but then she brings it all crashing down dramatically by removing one small piece. There's probably an allegory in there somewhere.

One of the night's most dramatic moments occurs when an acrobat slides, face first, down the "Chinese Pole," stopping himself with just enough space to allow the audience to see the sliver of light between his nose and the stage floor.

A giant water bowl glows from the center of the stage as the audience members take their seats and for parts of the show. It serves as a centerpiece, a stage platform and, eventually, a pool for a love-struck couple. Of course, since this is Cirque, there is a mystical story that frames the performance, but whether you follow the plot or not, it won't detract from the spectacle. The elements are familiar, boy meets girl, evil forces try to keep them apart, they meet in a five-ton glass bowl of water and swim around for a bit. Pretty standard fairy-tale stuff.

Amaluna, which premiered in 2012, has a progressive-rock score and slightly darker setting than last year's Volta, but the acrobats will still keep kids wide-eyed for most of the night. Last year, the tweens might have come for the BMX bike finale, but the teeterboard performance this year is even more impressive, especially since the action happens closer to the audience which, once again, is seated in a relatively small arena where no spot feels far from the action and much of it takes place over their heads.

If the family enjoyed Volta last year, Amaluna will suit them and, if they are fans of acrobatics, maybe even moreso. 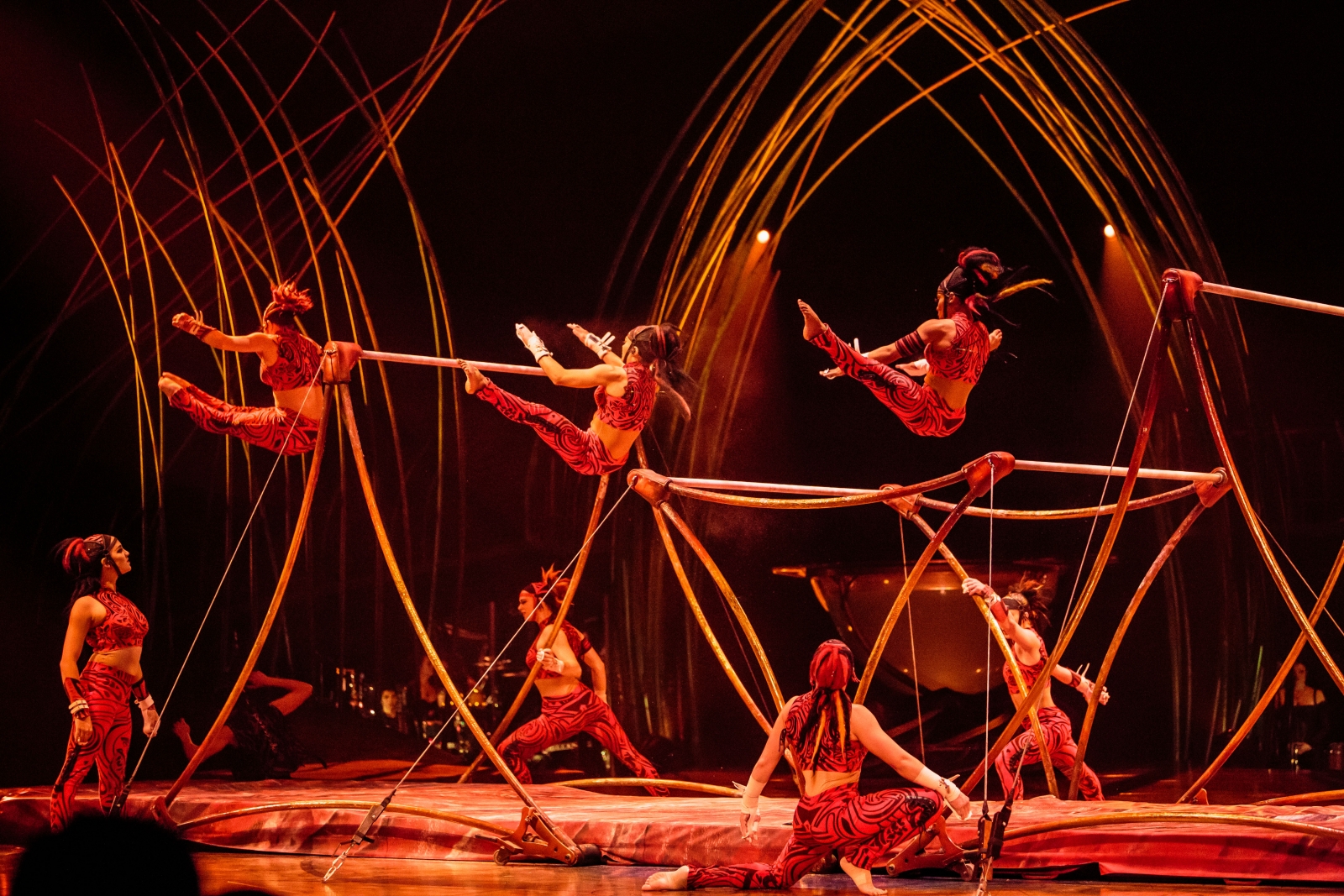