Stories for Boys Who Dare to Be Different 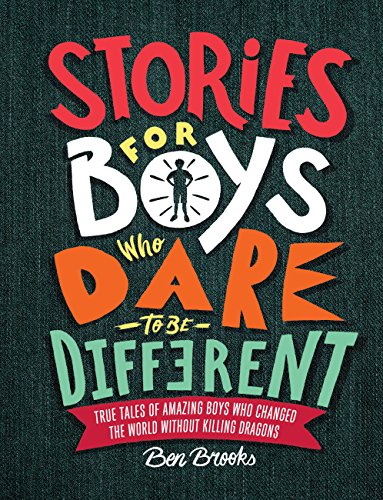 The 76 people profiled in this engaging and inspiring compilation of one-page biographies range over history, from Confucius to actor Jesse Eisenberg, and include, just in the Gs, Gandhi, Bill Gates and King George VI. With the biographies given alphabetically accompanied by a facing-page, comic-book-cover-style, color line drawing, the book emphasizes the person’s own uniqueness, often obsessiveness, more than the environment that shaped him, a perspective that adds to the confidence-building conveyed by the title.

These people were not necessarily famous, just accomplished, usually from having an idea they grew to fruition. Daniel Anthony would have been forgotten to history were it not for his daughter Susan. He made sure she learned long division in school at a time when women were not encouraged academically, a service to which Susan attributes her own obsessive pursuit of women’s suffrage. Roald Amundsen became famous as the polar explorer who switched to the South Pole when Robert Peary supposedly reached the North Pole. Since Peary did not actually get to the North Pole, Amundsen, pursuing his original dream, got to claim both. The eras and people in the book are refreshingly diverse and show the satisfaction of accomplishment, if only, for King George VI, of overcoming his stutter, which had made him fear public appearances until a teacher played loud noise in his ears while he spoke. The idea was to stop his self-consciousness at public speaking, a technique that worked and helped the king take the lead as an example and comfort to the British people through the trauma of World War II.

Frenemies in the Family 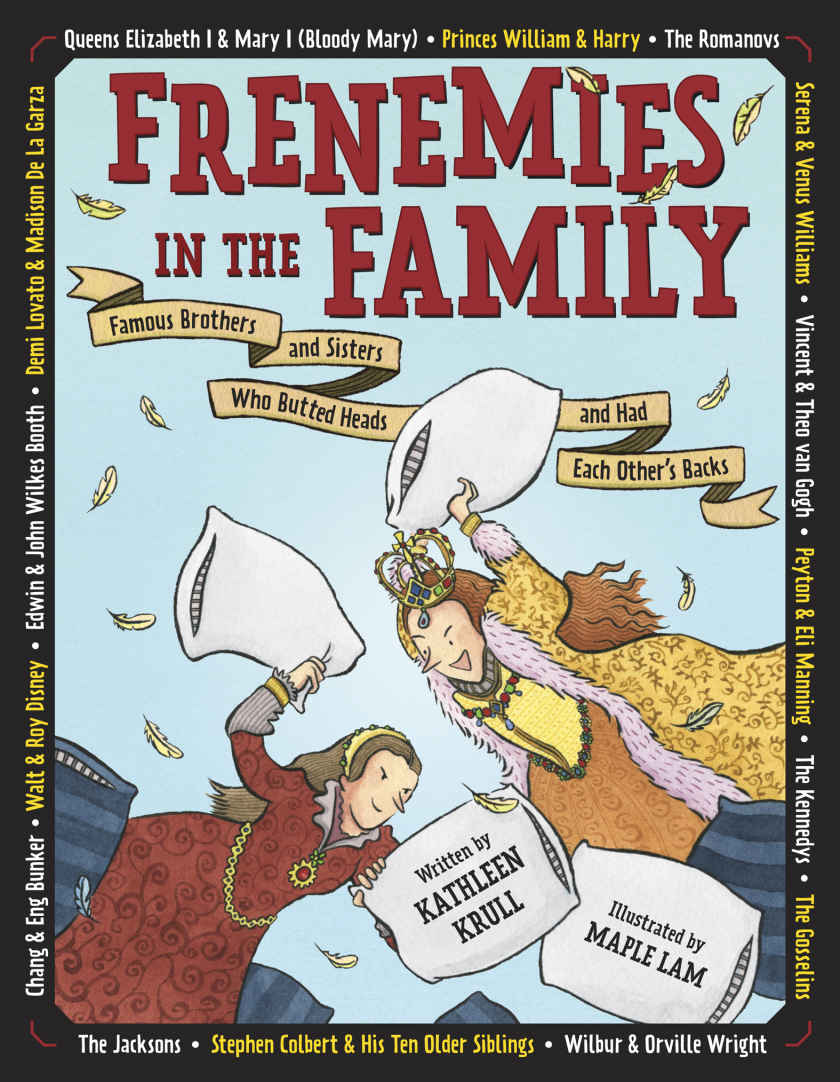 No siblings face the challenges that struck Mary, a Catholic, and Elizabeth, a Protestant, daughters of King Henry VIII, and themselves sibling rivals to the throne of England. Even their challenges pale in comparison to Chang and Eng Bunker, the original Siamese twins born in 1811 and bound together by what author Kathleen Krull calls a “band” across their stomachs that made them almost but not quite separate. They became world famous from being discovered by an English opportunist who got them a circus gig, traveling throughout Europe, except France, where the government feared they would cause miscarriages among pregnant women. They lived remarkably harmonious lives, married different women, had large families and all the time tethered to each other, even having to roll over each other to change sleeping positions. The author’s eye for telling detail, like the twins’ sleeping habits and their plaster busts, housed today in the Mutter Museum in Philadelphia, enlivens her story.

The wide variety gives the author the chance to explore all kinds of subjects, including Freud’s own position as oldest of eight siblings who “did his best to pretend to be an only child” and considered sibling rivalry “a very real, potentially deadly thing.”  While going for the laughs and good humored part of growing up and enjoying activities together, the author also explores the pitfalls and challenges of having a sibling, a good lesson for all families, including only children, who might be relieved to know what they are missing. 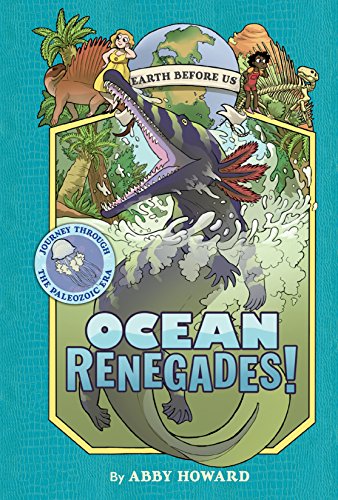 This second in the series of prehistoric wanderings by fifth-grader Ronnie and retired paleontologist Miss Lernin gives a graphic-novel-style account of the six periods of the Paleozoic Era when creatures, including our ancestors, started emerging from the ocean to inhabit land. Dragging Ronnie to her favorite spot, the local aquarium, they encounter a jellyfish, a species that dates back millions of years and gets the adventure underway. The author has an appealing, loose, hand-drawn style that conveys personality and a light touch without sacrificing detail, much like her informative dialogue that sounds like a teacher talking to a young, intelligent and willing-to-learn student.

This usually overlooked historical period endowed us with anemones, sponges, coral and sea scorpions, besides jellyfish, which Miss Lernin describes as “a floating bag of cells, and inside of the bag is a stomach.” Over the six periods of the era, animals gradually took to the land, starting with amphibians and then terrestrial insects, all of which have their place in the narrative and the evolutionary story the author tells and shows with enthusiasm and comprehensiveness.

The Bridge: How the Roeblings Connected Brooklyn to New York 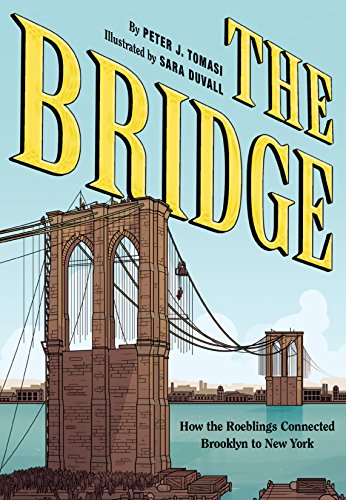 The ambitious bridge builders, the Roeblings, father John, son Washington and Washington’s wife Emily, earned their place in history building the Brooklyn Bridge. As told here by Peter Tomasi, it is a family saga of talent and relentless effort in spite of years of debilitating obstacles. It also covers a large swath of the 19th century, from young Washington’s reluctant entry into an engineering program at Rensselaer Polytechnic through Civil War service designing bridges and serving as aide-de-camp to General Gouverneur Warren, who introduced him to his sister Emily. He married Emily and rejoined his family wire-cable business in Trenton, NJ, where a bridge carries the sign, “Trenton Makes, the World Takes,” because of the internationally famous Roebling Wire Cable business. The wire cables made there were crucial to building the Brooklyn Bridge, as was Washington’s design and building of the two caissons to hold up the bridge towers.

Meticulously told in this graphic form, the story benefits from Sara Duvall’s precise drawings of the bridge construction and the social scenes that highlight Emily’s ability to fulfill her husband’s role after he was confined to his bed when he contracted the bends while putting out a fire in one of the caissons and had to work from home during the rest of the bridge construction. 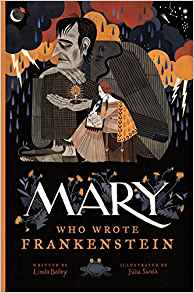 This version of the writing of Frankenstein emphasizes that its author, Mary Wallenscroft, was only 18 when she did it. This remarkable fact would be part of any history of the book or biography of its author, but it is only one of many amazing aspects of the story of the writing of the novel. Others involved the writer’s family and the cultured, sophisticated and prolific group of intellectuals in which she was in the second generation. These are mentioned, of course, because the story would not be complete without them, but her story sounds like little more than overhearing conversations about scientific advances and applying these new intellectual frontiers to the ghost story that the poet Lord Byron challenged his friends to write.