Thirty children learned choral-singing techniques in the basement of the Philadelphia cathedral.

For three days, 30 wide-eyed children gathered in the basement of the Cathedral Basilica of Saints Peter and Paul in Philadelphia for the Cantate Domino Choir Camp.

This is the cathedral’s second year of offering a choir camp for children ages seven to 15. Kids learn vocal-breathing techniques, choral tone, sight singing, music theory, and an introduction to the sacred repertoire.

Charlene Angelini, director of cathedral music at the church, stood behind a small music stand and conducted the kids through anthems, hymns, songs, and chants.

“We have spent a lot of time using vocal practice to perfect technique,” says Angelini. 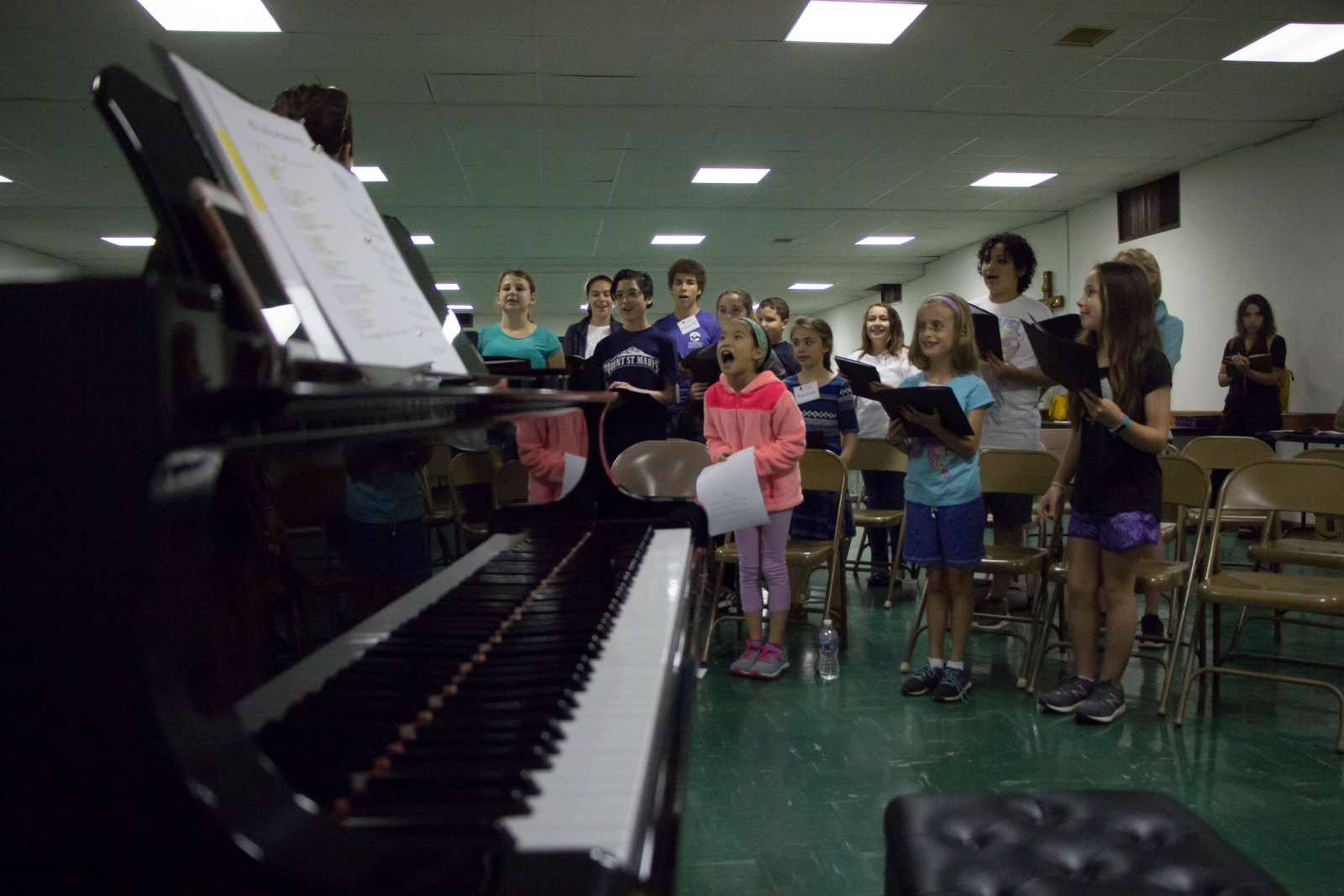 Children of the Archdiocese of Philadelphia rehearse during the Cantate Domino Choir Camp in Drexel Hall beneath the Cathedral Basilica of Saints Peter and Paul on July 9, 2019.

Cantate Domino translates to “sing to the Lord,” and by the end of the three-day camp, the children did just that.

The camp was to culminate Wednesday when the children would sing alongside the priests during evening prayer in the cathedral’s sanctuary.

This camp is not only to promote music education, but to expose the students to the other cathedral choirs in hopes they will join those musical groups.

“This camp gives the opportunity to come together from all different dioceses,” says Danielle Molan, director of the Archdiocese of Philadelphia boy and girl choir. “Not only are they building musicianship but they are also building a greater community of faith.”

The kids aren’t the only ones excited about choir camp. Kathy Wade, a music teacher from St. Mark’s Parish in Bristol, PA, volunteered to help with the camp alongside her daughter, Julia. 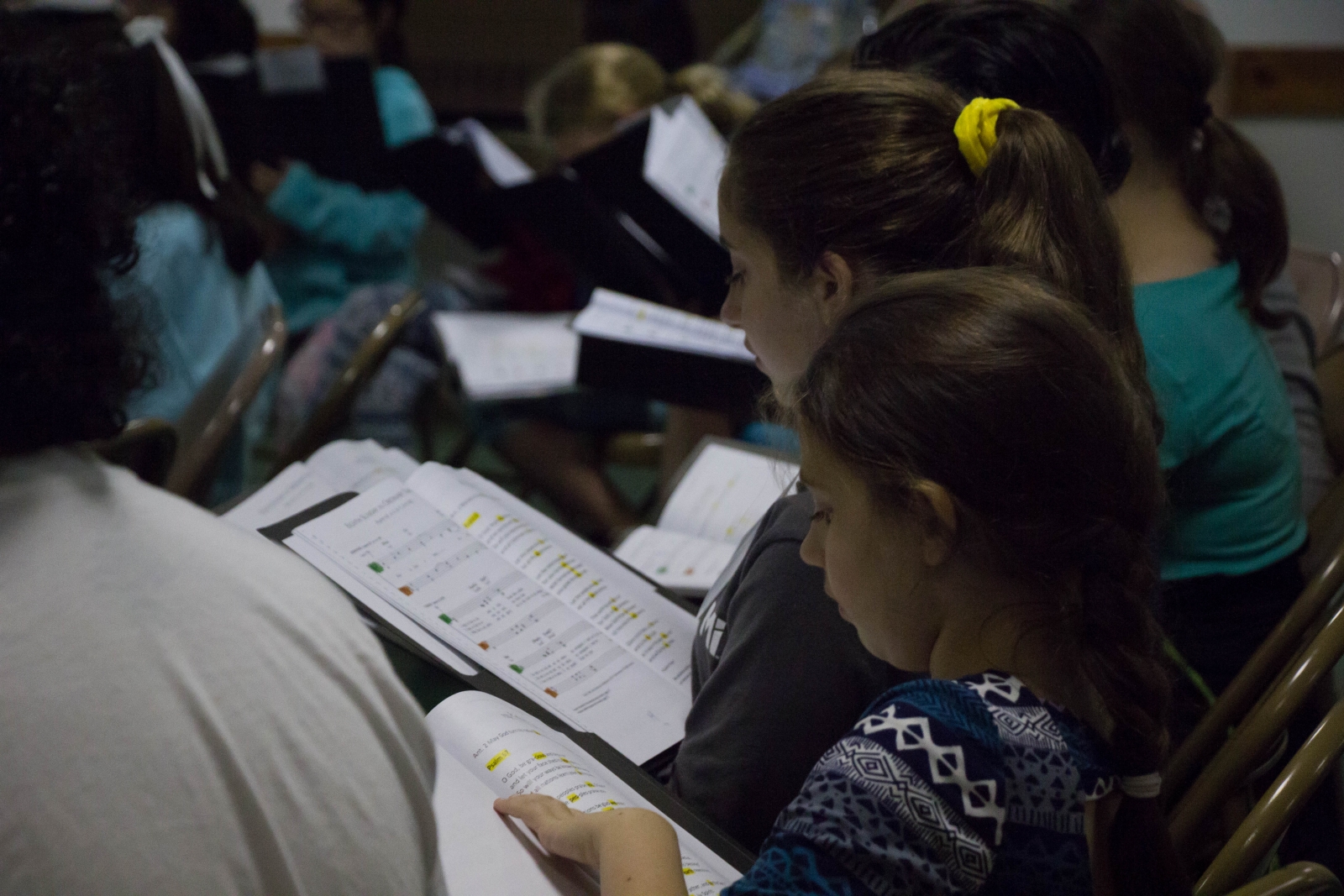 Children attending the Cantate Domino Choir Camp read from music sheets during rehearsal in Drexel Hall beneath the Cathedral Basilica of Saints Peter and Paul on July 9, 2019.

Emma Kuliczkowski is a MetroKids intern and student at Temple University.